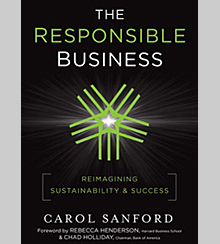 Reinventing the wheel can be a colossal waste of resources. That’s why adopting and adapting best practices is such a powerful and economical way to drive innovation and performance. But you have to be able to identify best practices before you can put them to work.

One of the most common mistakes managers make in seeking out best practices is to overlook those that come from outside their own companies — they’ve got the “not invented here” mind-set. But as Carol Sanford points out in the excerpt below, even executives who are open to outside approaches can fall prey to another, equally insidious error: They sometimes assume that best practices can come only from big, well-known companies that look and act like their own companies.

Best practices can be found in surprising places, and the most valuable practices may come from companies that are most unlike your own. In fact, it’s the application of practices from other industries and entirely different companies that often leads to the biggest competitive advantage. Your company needn’t be the first in the world to adopt lean manufacturing or develop a world-class talent strategy or create a compelling customer experience. But it sure would help if it could be the first in its industry.

An excerpt from Chapter 9 of The Responsible Business: Reimagining Sustainability and Success

Unless one makes a conscious effort to engage in dialogue with perspectives that are unfamiliar, disorienting, or even threatening, it is difficult to shed light on that which is partial and unexamined in one’s own understanding.... I once brought a group of senior managers from the DuPont facility that produced TiO2 [titanium dioxide] to visit the Kingsford charcoal plant in Belle, Missouri. The contrasts were so extreme they were comical. TiO2 is a white, powdered mineral that makes paint opaque, and charcoal is a product made from black powder. The DuPont guys were well-dressed, button-down engineers in white shirts, walking through a plant covered in black dust being led by operators in t-shirts and red suspenders.

The Kingsford charcoal team giving the tour asked if the DuPont group would give them an example of a safety assessment. DuPont is recognized for its attention to safety. Its engineers were so conditioned to thinking in these terms that they couldn’t walk through a facility without automatically engaging in assessment, and they were happy to accommodate the Kingsford operators. At the end of the tour, they spent an hour walking them through the details of what they had seen on the site. There was much room for improvement. The Kingsford workers took detailed notes, still asking questions as they followed their guests back to the van.

As we drove away the DuPont engineers gave me a dressing down. “Why did you bring us to such a backward place?” they wanted to know. “We thought you said we’d learn something here!” They catalogued everything they saw wrong with the facility, including that the plant manager had not even bothered to attend.

“Did you see anything that might be useful?” I asked them. They swore there was nothing. I asked, “How important was it that the operators asked you for a safety assessment, knowing that’s what they could learn from you?” They grudgingly acknowledged that this was pretty smart. I asked them, “What did you observe about the level of commitment to change? Didn’t they use every last minute to ask every question they could think of to better understand what you were telling them?”

Then I said, “And about the plant manager, he was there the entire time. Why do you suppose he chose to be invisible and give responsibility for the visit to the operating team? Not the managers, the operators!” But I couldn’t get through to them. Their minds were made up.

Two months later, Moose and Eric, two of the operators who had led the tour, asked if they could come to DeLisle, Mississippi, and share with the DuPont team how they had applied the input from that visit. Not only did Moose and Eric report back on the fully executed change in their safety program, but they brought a set of principles that they had gleaned from the DuPont leaders that would enable Kingsford to continue to improve.

The DuPont managers were invited to reflect on what they heard from Moose and Eric. After an embarrassed silence of several minutes, the DuPont plant manager, who had not been on the original tour, said, “In my experience, no client, supplier, or even internal DuPont system has ever executed a safety program to the level of skill and commitment that I have just heard.” One by one the managers who had attended had to admit that what Kingsford had learned from them represented a systemwide commitment that exceeded their own capacities.

I then asked the managers what they surmised about how the Kingsford business must have operated to have internalized and changed its systems so rapidly and completely. One responded, “I can’t imagine how you design a work system so that you can have a couple hundred people in a month change how they are working. I’d like to learn how you design that.” Another said, “I don’t understand how you could build a whole safety system from the bottom up, without the plant manager having mandated it. I now want to understand that.” Yet another said, “I don’t understand how the two men standing in front of me could make the technological, organization, and production changes needed without professional engineers to design them for them. I now want to understand that.” And Eric and Moose said, “Come see us again.” Three months later we made another trip, and DuPont was finally able to hear the story of the important transformations at Kingsford and understand how important they would be for their own business.

Topics: operations, skills, success, manufacturing, execution
Get s+b's award-winning newsletter delivered to your inbox. Sign up No, thanks