This article is the second in a two-part series on CEO compensation. The first article, “A Level Playing Field for CEO Salaries,” compared pay levels in public and private companies.

Despite the widespread attention paid to CEO compensation at publicly owned companies — including debates concerning an overall rise in pay, much of it equity-based, and whether firm performance is accurately reflected in the size of salaries — markedly little research has been conducted on why chief executives are so rarely fired or forced to resign.

This paper, which studies large decreases in CEO compensation as a response to poor performance, argues that sharp pay cuts often serve as a substitute for outright dismissals, and that boards use extreme reductions in pay as a way to motivate underperforming managers. In fact, the researchers found that more than twice as many CEOs are subjected to sharp pay cuts as are forced out. The result is typically beneficial to both sides: Firm performance improves, and the CEOs remain at the helm with their compensation eventually restored.

The researchers analyzed firms in the ExecuComp database, which tracks compensation data for the top officers of more than 3,000 U.S. companies, and focused on CEOs who were in office for at least three years from 1994 through 2005. To isolate extreme pay cuts, the researchers identified 927 CEOs whose compensation was slashed at least 25 percent from the previous year, and who had not received a pay boost that previous year of more than 25 percent. In other words, the drastic cuts in the sample were not routine fluctuations in pay or adjustments following a spike in compensation.

The researchers matched that database to another covering the same period that tracked instances in which CEOs were fired or pressured to retire or resign. There were just 388 instances of such turnovers, “suggesting that pay cuts could be a more frequently-used corrective method by boards,” the authors note.

The median cut in the sample was US$1.2 million from the prior year, which translates into an average decline in compensation of 46 percent. After controlling for firm, industry, and CEO characteristics, the authors found that most of the reduction came in the form of smaller awards of stock and options. In the sample, the CEOs experienced a median reduction of 60 percent in equity-based pay but only a 12 percent cut in salary and bonuses.

Next, the authors examined why the boards decided to slash the CEO’s pay, and found that the reasons were similar to those for forced turnovers. Unsurprisingly, cuts were more likely to occur following poor firm performance — especially in the stock market. But the authors also concluded that firms in poorly performing industries were more likely to slash their CEO’s pay or fire the CEO directly. Although research has shown that CEOs benefit from running firms in surging industries, the authors argue that their evidence proves it’s a two-way street: CEOs in struggling industries can get a “pay cut for bad luck.”

Overall, the results indicate that boards regard pay cuts as a form of discipline, analogous to outright dismissal, in response to poor firm performance. “The choice between a pay cut and forced turnover depends on the extent of poor performance, firm size, the CEO’s existing compensation scheme and equity ownership,” write the authors, who found that CEOs were more likely to be fired when they ran poorly performing companies that were large or when they held less equity in the firm.

In contrast, the likelihood of CEOs getting a sharp pay cut following a downturn in performance was higher in companies with large institutional ownership — meaning most of the shares were held by banks, hedge funds, and other large entities likely to exert influence over the firm.

But how did the firms and their CEOs perform after the pay cut? On average, the authors found, a firm that slashed its CEO’s pay saw its stock go up 7 percent the following year, reversing a decline of 10 percent in the year of the cut. Similarly, the average return on assets climbed to nearly 12 percent in the three years succeeding a pay cut, reversing a decline of 4 percentage points, to 9 percent, in the three years leading up to the cut.

“Similar to the effect of forced turnover, pay cuts are indeed associated with performance turnaround, consistent with being an effective substitute [for] turnover,” the authors write.

And CEOs responded to their pay cut in ways similar to the adjustments made by new CEOs whose predecessor had been forced out: They curtailed capital expenditures, reduced research and development expenses, and allocated funds to decrease leverage. Those pay-cut CEOs who masterminded a turnaround saw their pay fully restored within three years, the authors found.

“Pay cuts are twice as likely as dismissals, making them the more common response to poor performance,” the authors conclude. “Not only are sharp pay cuts an important part of dynamic adjustments made to compensation, they are also part of the explanation why CEO forced turnover appears to be so rare.”

Bottom Line:
Why aren’t the CEOs of poorly performing companies fired or forced out more often? Because boards are more likely to enact drastic pay cuts as a substitute. And the approach is effective: Firm performance improves after the slash in pay, and CEOs typically stay in office and eventually have their pay restored. 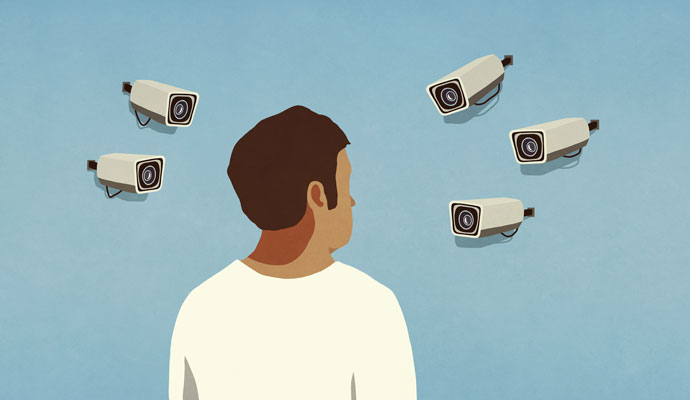