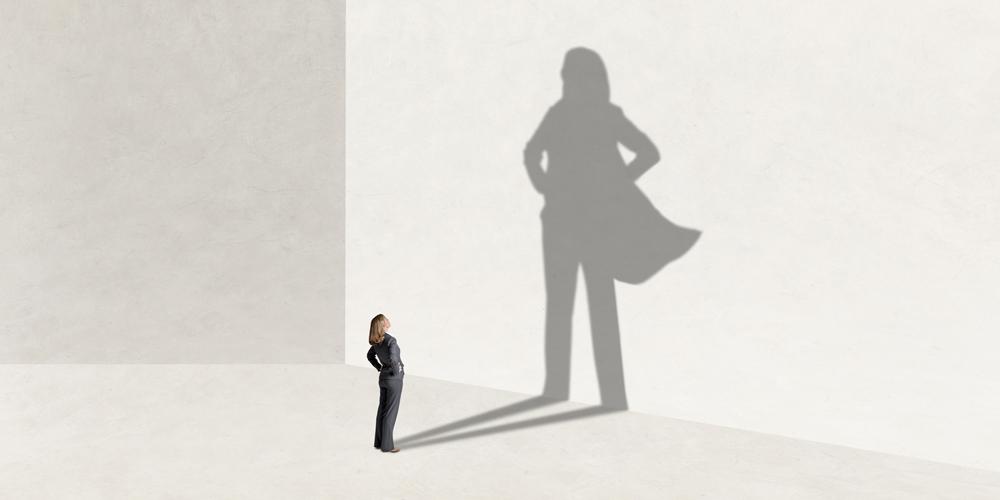 Photograph by iStock / Getty Images Plus

It was a bit like those internet advertisements for “one weird trick to get rid of belly fat,” except this one weird trick came with impeccable credentials.

Amy Cuddy, a social psychologist with degrees from Princeton University, claimed that holding an “expansive nonverbal display”—say, chest out, hands on hips, legs sturdily apart exactly like Wonder Woman—for two minutes had measurable behavioral, psychological, and physiological benefits. Not surprisingly, the “power pose” became an overnight sensation; Cuddy’s 2012 TED Talk explaining her research earned tens of millions of views. Here was a quick-and-easy, no-cost way to boost your confidence, nail that job interview, negotiate that raise, and be the best you that you could possibly be.

If it seemed too good to be true, well, it was. Other researchers couldn’t replicate Cuddy’s central claim—that power posing decreased levels of cortisol, a hormone associated with stress, and increased testosterone levels, leading to more confidence and better performance—and by 2016, one of her coauthors had fully disavowed the concept. An academic pillorying ensued, and Cuddy’s career suffered.

Although the science behind power posing was flawed and the effects of standing like a superhero or sitting like a boss for two minutes were dramatically overstated, here’s the thing: how we move, and how we sit, stand, or, indeed, pose, does have an effect on how we feel, how we perform, and how others perceive us.

One of my favorite examples of this connection is the Duchenne smile. The Duchenne smile, named for controversial 19th-century neurologist Guillaume Duchenne de Boulogne, is one that activates the muscles around the eyes, the orbicularis oculi; it’s basically the kind that gives you crow’s-feet. Duchenne uncovered the mechanisms behind this smile, although how he did it—often experimenting on patients in mental asylums—is what makes him controversial.

What we’ve found more recently, however, is that activating those muscles can influence how we actually feel. Research shows that really smiling can mitigate the experience of pain and make social ostracism feel less negative. And, in my totally nonscientific assessment, I think it works: when I smile at people when I’m out on a run, I momentarily feel less discomfort and more energetic. Momentarily.

Smiling through the pain isn’t the only way in which how we move affects how we feel, of course; we feel joy when we dance, endorphin-fueled exuberance when we exercise, anxiety when we’re hunched over our laptops, and release when we stand to stretch. And for years, we’ve known that our body language communicates a tremendous amount to others, which can be particularly important at work.

How we hold ourselves—sitting up straight versus slouching, folding our arms versus holding them slightly away from our sides, making the right amount of eye contact—can make us seem more powerful, more confident, more likable. In fact, we even prefer robots when they engage in “likable” body language. These nonverbal cues have demonstrable impacts on, for example, the outcome of a negotiation—or a date. The way we present ourselves is “tied to actual physical characteristics, behaviors, and actual skills that you can perhaps enhance…when you are in a pumped-up state,” explained Joseph Cesario, a psychologist at Michigan State University who studies social cognition, including the power pose. “That ties into why we care about physical size. It’s not random—we care about it because it has some real connection to outcomes,” he told me.

Power posing, as described by Cuddy, was intended to be a private display of strength, meaning that those who would be impressed by a person’s behavior would never see the actual pose. You did it at home, then went out into the world, and not only would you feel more powerful, but you would actually, as Cesario said, “get skills that you actually didn’t have; that the powerless were going to become powerful by doing that.” An article published in 2017 in the journal Comprehensive Results in Social Psychology—started by Cesario—found that there was no evidence that power posing affected hormonal levels or behavior and performance. There was, however, some evidence that power posing did have an effect on felt power, meaning that a small percentage of people told researchers they did in fact feel more powerful after adopting the pose.

But this finding comes with a warning. Cesario told me that an increase in felt power doesn’t necessarily imply a better outcome. Overconfidence can be problematic. And, even if power posing might help some people, Cesario said, there’s no guarantee that it doesn’t also hurt others. Say, for example, you bomb a negotiation, because, rather than preparing for the meeting, you power posed, or you fail and yet remain convinced that it wasn’t your fault. “You have failed to learn from that experience, and the next time you’re going to do just as badly,” he said.

And, finally, power posing had been posited as a one-size-fits-all solution, one that could help marginalized people finally get a seat at the table. That’s a dangerous promise, especially if it comes at the expense of real help in areas like skills development. “[With power posing alone] you’re not going to move the needle at all on something like income across different groups,” said Cesario.

Power posing is not going to catapult you up the ranks and turn you into a CEO overnight. But, surely, one could argue that even a small chance of temporarily feeling more confident is a net benefit. That’s why Carol Kinsey Goman, a psychologist and speaker, puts power posing in the category of “can’t hurt, might help.”

Power posing is not going to catapult you up the ranks and turn you into a CEO overnight. But, surely, one could argue that even a small chance of temporarily feeling more confident is a net benefit.

“We know that if you’ve had a crappy day, your body collapses. If you’ve had a great day, if you’ve won the Olympics, believe me, your body doesn’t look like that. And, if you put your body in that expansive posture, arms up, you begin not only to look more confident; you begin to feel more confident,” she told me. “Your mind and body are not on different planets. The minute you change your body, with facial feedback or physical feedback, you begin to trigger the corresponding emotional state. It’s such a win-win to do that!”

Goman advises organizations and business leaders on body language, teaching them how to enhance those nonverbal cues that we humans rely on in communication. “That’s the lovely thing about body language—these small changes can’t hurt at all. So, you sit up straight? How can that hurt?” she said.

What understanding or deploying power posing calls for, therefore, is nuance. A recent meta-analysis of the available studies on expansive versus contractive postures found that though there was little evidence that an expansive posture—that power pose—had any positive effect on hormonal profile or behavioral outcomes, contractive postures, such as hunching over, did have negative effects. The study also noted that when it comes to these kinds of displays, context is incredibly important—adopting a power pose when you’re losing your job may lead to some problematic dissonance. It’s not going to change the outcome and could leave you feeling even more deflated. So, though the meta-analysis isn’t a wholehearted endorsement of power posing, it does leave the door open to more interesting—and more robust—future studies.

Those studies should and undoubtedly will include how we now interact through the magic window of our computer screens. Preliminary research, Goman said, suggests that though people form impressions of others within about seven seconds when meeting them in real life, the interval shrinks to a fraction of a second when the meeting occurs via video. “[People] unconsciously evaluate all this stuff about you, and they do it from the only cues that they pick up—that initial expression, how you appear instantly,” she said. We can no longer rely so completely on those millennia-old nonverbal cues; that will change how we feel and communicate confidence.

At this point, the jury is way out on whether power posing can offer any help in the Zoom-dominated, post-work-from-wherever-revolution landscape. The bottom line: if power posing makes you feel like a superhero and you’ve done your homework, go for it. But if you do get that raise, nail that promotion, or find yourself at the big kids’ table, remember, it’s probably got a lot more to do with your skills than your pose.