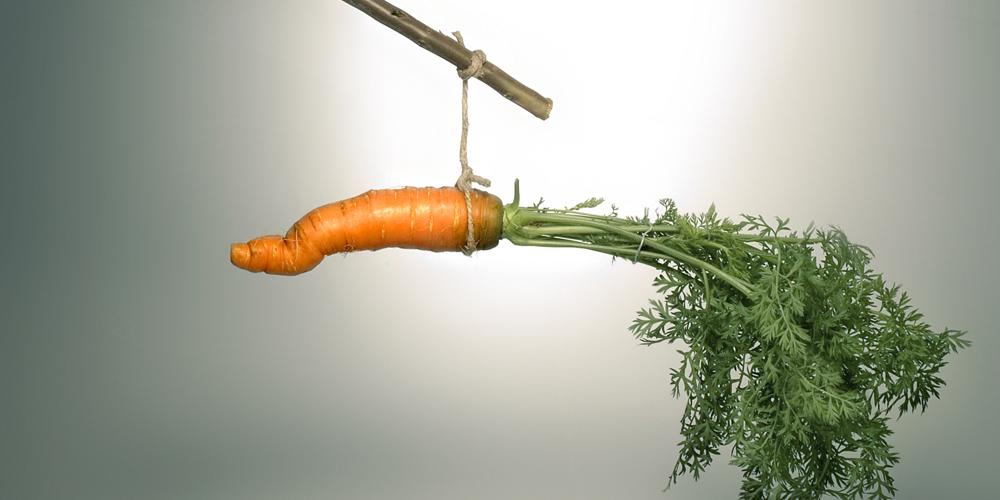 Get It Done: Surprising Lessons from the Science of Motivation

In the early years of the last century, Hanoi had a rat problem. To solve it, the French colonial government placed a one-cent bounty on the rodents, which could be claimed by anyone who delivered a rat’s tail. Thousands of tails were tendered, but Hanoi’s rat population didn’t shrink. Instead, tailless rats were running through streets, and rat farms were discovered. To make money selling rats’ tails, you need lots of rats breeding more rats. The moral of the story: be careful which behaviors you reward. 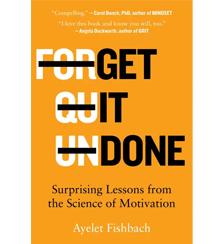 Ayelet Fishbach, the Jeffrey Breakenridge Keller Professor of Behavioral Science and Marketing at the University of Chicago Booth School of Business, tells the tale of Hanoi’s rats in Get It Done. The book is a deep dive into a veritable ocean of behavioral research, including a substantial number of studies conducted by the author. This area of scholarship is so full of codicils and complications that it’s a wonder that managers can motivate themselves, let alone the people in their charge.

Consider the role that progress plays in motivation. Will you be more motivated if you focus on how far you’ve already traveled toward a goal or if you keep your attention trained on how far you have left to go? The not-so-simple answer, explains Fishbach in chapter 5, is: it depends. What’s your emotional predilection—are you a glass-half-empty or glass-half-full kind of person? Is the goal you are pursuing a conditional one with all-or-nothing benefits that are paid on completion or an accumulative one from which you derive benefits as you go? And how far along on the path are you: how close are you to reaching your goal? Your answers to those questions determine how you should use progress as a motivational force. What’s more, if you don’t ask those questions and answer them properly, the progress that you’ve made toward your goal could become a demoralizing force and an obstacle to its achievement.

Will you be more motivated if you focus on how far you’ve already traveled toward a goal or if you train your attention on how far you have left to go? The not-so-simple answer is: it depends.

Every chapter in Get It Done reiterates the multifaceted nature of self-motivation and underscores the critical nuances in the kind of advice found in sound bites on social media. The idea of truly learning from mistakes—“failing forward,” as the evangelical Christian leadership guru John Maxwell put it—is a good example. Fishbach agrees that negative feedback is essential to growth, but she also points out its tendency “to undermine our motivation and ability to learn.” (The author describes psychologist Martin Seligman’s “learned helplessness” experiments, in which dogs and people who were unable to avoid punishment in one situation didn’t even try to avoid it in another situation in which they could.) It turns out that the effect of negative feedback on goal achievement is determined by the recipient’s commitment and expertise: the more committed a person is to a goal and the more confident that they can achieve it, explains Fishbach, the easier it is to tolerate and learn from negative feedback. Conversely, the less committed and expert a person is, the more likely it is that negative feedback will result in a failure to achieve a goal.

Get It Done is a guide to self-motivation, but it also yields a plethora of advice for leaders. Perhaps its most useful managerial application is in working one-on-one with an employee. In this regard, the question-driven summaries at the end of each chapter can serve as a useful coaching tool.

Although Fishbach doesn’t address motivating groups of employees per se, there are clear implications for that situation, too. In chapter 7, for instance, she discusses “the middle problem”—an often-extended period during which the effort to reach a goal can become a slog. “Long middles…should come with a warning sign: FRAGILE MOTIVATION. HANDLE WITH CARE,” she writes. “While most people are enthusiastic and conscientious at the beginning and at the end of goal pursuit, in the middle, both the motivation to get it done and the motivation to do it right (with high standards) tend to suffer.” To better manage the middle, Fishbach advises paying attention to actions taken there and making them more memorable, setting subgoals, and identifying “arbitrary, temporal landmarks to mark a fresh start.” All of these tactics can be used to motivate groups as well as individuals to achieve goals.

Fishbach is an expert—and articulate, if sometimes wordy—guide to motivation, and Get It Done addresses this perennial challenge without taking the kinds of shortcuts that can sabotage goal achievement. Leaders are likely to find themselves consulting it on a regular basis as they seek to achieve personal and organizational goals.