One thing I learned before I was distracted from my studies is that about 20 percent of adults identify themselves as chronic procrastinators. That is, they are habitually unable to perform tasks on time, even when there are serious consequences involved. Moreover, reports DePaul University psychology professor Joseph Ferrari, author of Still Procrastinating? The No-Regrets Guide to Getting It Done, the incidence of procrastination is pretty consistent across age cohorts, gender, and nationalities. As yet, procrastination researchers have not identified any “blue zones” — Shangri-las in which people not only live longer, but also never miss a deadline. 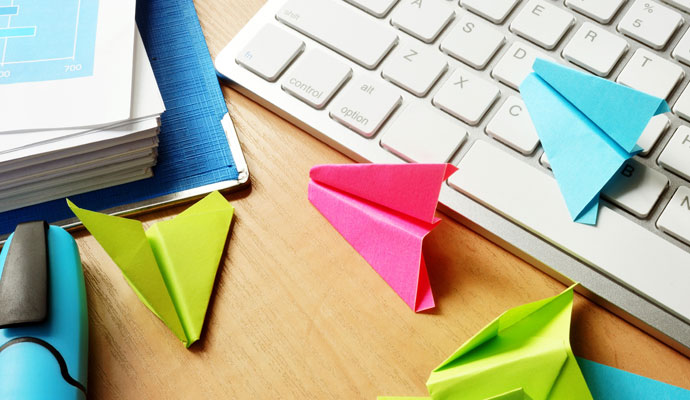 Managing procrastinators can be an extremely frustrating experience. If one in five employees isn’t doing what they are supposed to be doing, or can’t be relied upon to meet a deadline, it can wreak havoc on planning, productivity, team performance, and anything else that depends on synchronized activity or keeping to a schedule. If employees are avoiding tasks altogether, work never gets done unless someone else does it. If they are thrill seekers, the work ends up getting short shrift and, often, does not get done on time.

So what’s a leader to do? One option is to get in the procrastinator’s face. But the only bosses who have time to listen to countless and increasingly belligerent and rococo versions of “the dog ate my homework” are probably procrastinators themselves.

About 20 percent of adults are habitually unable to perform tasks on time, even when serious consequences are involved.

Another option is to go for the TKO by firing procrastinators. But aside from the HR complications created by such a scorched-earth strategy, pursuing this path may cost the company people who are highly talented, even if they are not always reliable. In Soon, author Andrew Santella outed an impressive group of procrastinators, among them Charles Darwin, Edgar Allan Poe, Frank Lloyd Wright, and Leonardo da Vinci. Does anyone want to be the leader who will look back and remember the day he kicked Frank Lloyd Wright off the project because the plans were 10 days late?

Alternatively, I’d like to offer a few tips for managing procrastinators that are more akin to judo (“the gentle way”) than boxing. These tips have no basis in science as far as I know. Rather, they are based on purely anecdotal evidence: They have worked to keep my own strong inclination to procrastinate in check.

Know your procrastinators. If your team is booting deadlines, it’s probably not likely that everyone is at fault. Identify the member who acts as a kind of perpetual brake.

Keep deadlines short and hard. Nothing enables procrastination more effectively than a distant or a nebulous deadline. As Mark Twain said, “Do not put off until tomorrow what can be put off till the day-after-tomorrow just as well.” So, once you’ve identified us procrastinators, give us hard deadlines for our work. If the task ahead is a long-term one, break the work down into small, manageable pieces and assign deadlines for each one.

Don’t pile on the work. It sounds counterintuitive, but procrastinators can, in fact, handle lots of work. Just give it to us sequentially, with one assignment or task following another. Because if you dump several on us all at once and expect us to manage them all rationally, we are likely to find a lot of other really interesting stuff to do.

Remove distractions. Distractions, in their myriad forms, are the fuel of procrastination. Isolate procrastinators from distraction — shut off the office television, cancel the 2:00 pm ice cream break — and we’ll get our work done. If only because getting the work done allows us to get back to all the distractions we’re missing.

Play to strength. Often, a challenge is the last thing that procrastinators want. So, when you can, assign us jobs that we know we can do. And when you can’t, explain why you’re confident that we can get the job done.

Ask for help. Procrastinators are human, too, and like most humans, we like to help other people. When you’ve got a job that absolutely, positively has to be done, ask for our help. Sometimes that’s all we’ll need to muster enough motivation to overcome our natural inertia.

In the end, the key to remember is that procrastination is a psychological glitch. Managers can’t cure it through intimidation or punishment, or make it go away through bribes and rewards. But with a judo-like approach, powered by an understanding of our counterproductive inclinations, you should be able to easily manage most of us.