Thirty years ago, the business world had a fling with chaos theory — the idea that although nonlinear systems, such as markets and companies, are inherently unpredictable, some order exists within them nonetheless. Tom Peters told us that chaotic markets harbored valuable business opportunities. Meg Wheatley said that chaotic companies were more adaptive, creative, and resilient than hierarchical companies. But I don’t recall anyone recommending chaos as a leadership style.

To be sure, there are prominent leaders today who adopt chaos as their modus operandi. Take Brandon Truaxe, the CEO of Deciem, a fast-growing Canada-based beauty products company that expects to record US$300 million in sales this year. Since January 2018, here are a few things he has done. Truaxe fired his social media team and started posting strange messages on Deciem’s Instagram account, including, as described in Elle, “closeup videos of him talking disjointedly about the popular skin-care line’s vision, a river flowing around a mass of garbage, and a photo of a dead sheep, captioned with a promise to never test products on animals.” He fired co-CEO Nicola Kilner, which prompted chief financial officer Stephen Kaplan to quit. (In July, Kilner rejoined the company.) Truaxe also emailed the company’s employees, “I’m done with DECIEM and EVERYTHING. No need to discuss.” 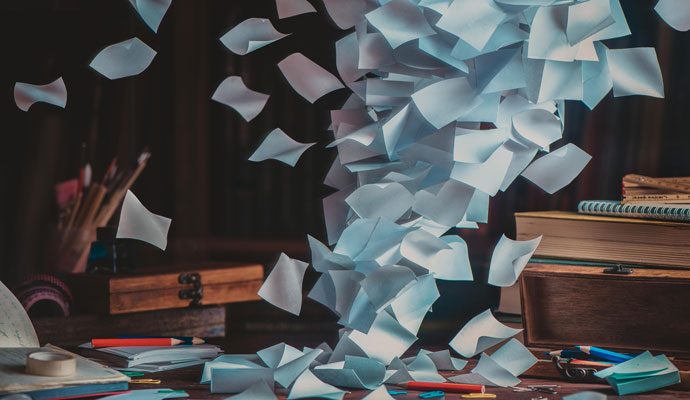 One big benefit of being a chaotic leader is that you get a lot of attention. In this social media–driven, attention-addled, 24/7 world, it could be that the quantity of attention matters more than its content. Indeed, even as media and customer reactions to Truaxe’s actions turned negative, the company’s products continued selling briskly. “All they’re (his actions) doing is creating more sales for me,” Truaxe told WWD.

Well, maybe. But before you adopt a chaotic leadership style for its Barnum-like marketing effects, you probably should pause to consider what it does to the people and organizations that you are charged with leading. Chaotic leaders are like Loki, the trickster of Norse mythology, who sows the seeds of confusion and discord.

Although it can be perversely entertaining to watch a Loki at work, working for one isn’t much fun at all. These are leaders who have a fetish for defying expectations — clearly, consistency is not their strong suit. They say things that they don’t mean and mean things that they don’t say. They jump the rails of process and take off for territories unknown on a whim. They fire people for not following orders and for following orders. They refuse to acknowledge any authority — such as the values of the organization or its board — as greater than their own. This inconsistency and unpredictability results in a high-stress environment in which even highly motivated people burn out.

Working at Deciem has been described in less than glowing terms. Orders from the CEO arrive via Instagram; people are promoted or passed over willy-nilly; the company lacks organization and reporting structure. After unexpectedly firing his co-CEO, who had been at Deciem since its founding in 2013, Truaxe said, “We still have a few people who need to go — I can feel it.” A comforting note for the rest of the team to be sure. One of the reviews of Deciem on the popular workplace review site Glassdoor is headlined: “House of Horrors!”

These are leaders who have a fetish for defying expectations — clearly, consistency is not their strong suit.

One of the fundamental principles of chaos theory is the butterfly effect. Chaos theory pioneer Edward Lorenz coined the term to describe how, in complex systems, tiny actions, such as the flapping of a butterfly’s wings, can produce huge effects over time, like altering the position and power of a tornado.

Given the position and power of chaotic leaders in companies, their flapping is probably more akin to that of a pterodactyl than a butterfly, producing an exponential increase in negative effects. No one needs a pterodactyl flying around the office.