In the late 1990s, the Mexican Ministry of Public Education discovered that a significant number of children were having difficulty in school due in part to poor eyesight. So, together with business leaders, the ministry created a program to ensure that public school students could be screened and provided with free eyeglasses. In 2010, program leaders took the bold step of engaging celebrity designer Yves Béhar to design glasses that were both durable and attractive. Schoolchildren are now able to choose and customize from among three frame styles and 13 colors, and according to the program website, 80 percent of the students receiving glasses improve their grades. The program has been so successful that it’s been expanded to include Mexican workplaces, and it also has been copied around the world.

Although the eyeglasses program is nonprofit, it illustrates a fundamental point about markets at the bottom of the world’s economic pyramid that many companies struggle to understand. Price points are critical in this segment, but great design and service are, too. Most of the products that the world’s poorest consumers adopt at scale — cell phones, personal care and fashion items, and financial services — are rooted in aspiration, not purely need. 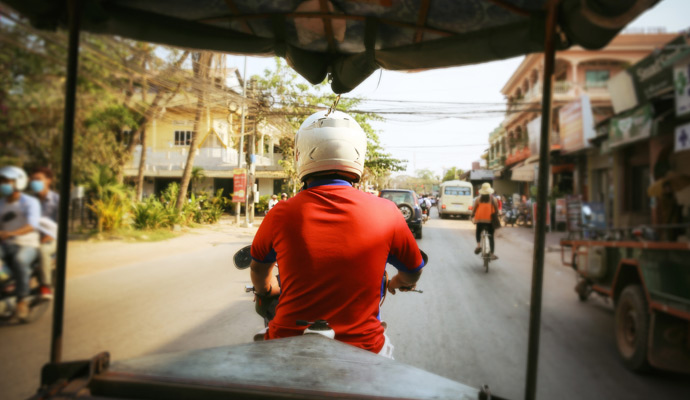 When addressing bottom-of-the-pyramid markets, companies often focus too heavily on affordability or take very small bets. Instead, they must be willing to agonize over the appropriate level of design for each product and consumer category. Innovators must also give consumers compelling choices and remain open about the order in which they approach challenges. For instance, cell phones might not seem to be a logical purchase for people living on less than US$2 a day, but they’ve been widely adopted among the poor. And now, via those phones, entrepreneurs have a way of delivering on long-unfulfilled needs in education, banking, insurance, and e-commerce.

To rise to the challenges bottom-of-the-pyramid markets present, companies will need to understand and collaborate with these consumers better. And that starts with internalizing five key points.

Words matter.  Although “poor” is a practical term for describing incomes, businesses should not make assumptions about consumer sophistication based on this label. Identifying consumers according to their self-described profession — as farmers, weavers, artisans, or shopkeepers — nurtures a more a respectful mind-set and nuanced understanding of needs and preferences.

To rise to the challenges bottom-of-the-pyramid markets present, companies will need to understand and collaborate with these consumers better.

Aesthetics matter. Companies targeting low-income people tend to gravitate toward simple designs, but this is not always the best approach. Poor consumers often are just as likely as wealthier ones to have refined aesthetic preferences. Companies in many sectors already draw on the craftsmanship in the bottom of the pyramid to create unique offerings. Atlanta-based Jaipur Rugs, for example, which connects worldwide customers with the work of artisans in India, maintains its design edge by giving experienced weavers the opportunity to design and name their own rugs. Argan oil beauty products and textiles from Morocco, woolen apparel from Peru, and leather goods from South America are also among the offerings produced by low-income artisans and prized by a global audience. Innovators can take cues about the keen design sense of people at the bottom of the pyramid from observing how they dress, decorate their homes, and personalize their belongings. High-caliber design is as critical at the bottom of the pyramid as it is elsewhere.

Quality matters. Low-income consumers are usually makers, and if they want a minimalist version of an existing product, they can probably make it themselves. They are the ones growing food, working in factories, fixing the latest gadgets, and, increasingly, engaging in entrepreneurship. It’s important, then, for companies to share the narrative about how things are made with bottom-of-the-pyramid markets.

The lowest price doesn’t necessarily win. It might be time for a reset on how we describe pricing for bottom-of-the-pyramid products, exchanging “low-cost” for “cost-effective.” For example, much of the growth in emerging markets is taking place in rural areas, where access and convenience remain major issues. Consumers in these places might be willing to pay a bit more for a better buying experience. Also, innovative storytelling can be used to link new offerings to low-income consumers’ aspirations, productivity, and increased income, creating a market for complex offerings that aren’t necessarily low-priced, such as financial services, toilets, and solar panels. Rising incomes and financing are accelerating this trend.

It’s not always high-risk to engage poor consumers. Perhaps the most persistent belief about designing for consumers at the bottom of the pyramid is that they are high-risk customers. Many players remain hesitant to engage with the bottom of the pyramid due to these consumers’ lower income levels and a lack of established distribution channels. However, data suggests that reality is rapidly changing. The poor usually pay for products and services with cash, and fully prepaying in this way eliminates risk to the seller. For pricier items, microfinance or other types of loans are usually involved, and poor consumers repay their loans at higher rates than affluent consumers. Technology also has created the ability for companies to communicate and receive feedback from all consumers faster and cheaper. Perhaps most importantly, mobile banking and apps provide a global payments infrastructure that makes collecting funds and predicting demand easier.

Millions of diverse new consumers — and producers — from the bottom of the pyramid are entering the market every day, and this rapid growth represents new opportunity for innovators. When working with limited budgets and support to address complex social issues, there is a great temptation to design with a “minimum viable product” approach. Although this can be a helpful starting point, firms must be willing to make an emotional and financial commitment to build trust and prosperity.

It’s necessary to understand consumers’ aspirations and take a direct approach to addressing the environmental barriers to reaching them in order to design products and services that resonate globally. For example, India’s RupeeCoin looks at consumers’ location, online activity, and buying behavior to generate credit scores for the unbanked. Latin America’s Grow Mobility is creating last-mile delivery infrastructure for poorly connected locations. Many multinational corporations also have made public commitments to hire from underserved communities and provide training — including Coca-Cola’s 5by20 initiative to empower female entrepreneurs. Firms of all sizes can broaden their scale and impact by embracing these core principles of inclusion, choice, and respect. 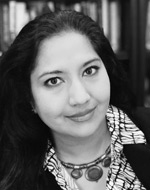 Deepa Prahalad is a speaker, design strategist, and coauthor of Predictable Magic: Unleash the Power of Design Strategy to Transform Your Business (Pearson, 2011). She consults on branding and innovation for corporations and nonprofits and mentors leading social entrepreneurs.