To engage viewers, interactive multimedia often adopts a playful approach, pulling in audiences by enabling us to dive into the thing we care most about: ourselves, or our immediate environment. Want to know your Game of Thrones management style or what era would most suit you as a CEO?

Or perhaps you’d like to know some economic facts about your city. “The Best and Worst Places to Grow Up: How Your Area Compares” is an interactive presentation of personally compelling big data, turning the details of a social science study on how neighborhoods affect children’s upward mobility into something immediately relevant for a broad audience. The text changes based on your IP address, showing how your area fares when it comes to economic advantage. The interactive, produced by the New York Times’ data-driven explanatory journalism venture, The Upshot, is based on a study by Harvard economists Raj Chetty and Nathaniel Hendren.

When the interactive graphic came out, it quickly opened up a debate, one less about geographic inequality than about the use of geolocation to deliver content based on where an individual reader is. Times graphics editor Amanda Cox said her team wanted to reduce friction between readers and the information they want, but she conceded, “It’s a fine line between a smarter default and being creepy.”

Some may indeed find the technology creepy, yet geolocation has been in our pockets for years. In fact, there is little your smartphone doesn’t know about you. And, paradoxically, the need for more information might be the problem here: Some readers who come across the Times interactive on social media might not necessarily circle back to the accompanying, and more explanatory, Upshot article. Geolocation has its limits if you’re curious about the world beyond your backyard: Although I may be interested in knowing how my New York City community fares, I would still like to know where kids in poverty stand the best chance for success around the country (DuPage, Ill.), the worst chance (Baltimore) — and everything in between. The hyperlocal focus also means that if you access the interactive while attending a conference in Chicago, for example, you’ll be presented with data about the area surrounding your hotel, rather than the county in which you actually live. And if you’ve moved to Miami but want to read about how kids fare in Iowa, where you grew up, you’re out of luck. (The interactive allows you to manually input a location, but assumes that you actually know the name of the county, rather than the town.)

Geolocation has its limits if you’re curious about the world beyond your backyard.

Balancing the desire for personalization with a need to understand more than our immediate environment might ultimately offer the deeper reward. “Biolabs in Your Backyard,” a USA Today interactive, for example, does just that. It unveils the hundreds of lab mistakes and safety violations that have occurred in recent years at labs working with dangerous pathogens. It allows you to shudder while reading the list of labs near you (and the fragmented approach works particularly well, as apparently even the federal government doesn’t know where all the “high containment” labs in the U.S. are located), while also giving you information on facilities around the country and the safety records they have fought to keep secret. Yikes. 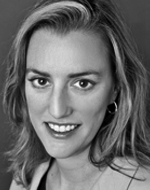