The Circle, Dave Eggers’s creepily engrossing novel—about a Google-like company with a user base and product portfolio so broad that it begins to transform the world into a techno-dystopia—got a lot of attention when it was published in October. It was widely compared to George Orwell’s 1984—a comparison that Eggers purposefully elicits by utilizing, for example, Orwellian slogans, such as “SECRETS ARE LIES” and “PRIVACY IS THEFT.” 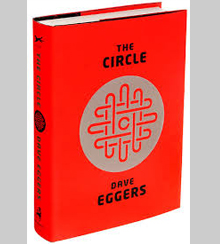 Using a model that is currently driving exuberant valuations for real-world social media companies like Snapchat (take the money if you still can, boys!), Eggers’s fictional company provides free services that offer convenience, security, and the warm embrace of society in return for the attention and personal data of their users. Want to know where your kid is? Implant the Circle’s ChildTrack chip at birth. Want to eliminate crime? Place the Circle’s SeeChange wireless micro-cameras all over your neighborhood. Want to ensure a tension-free first date? Use the Circle’s LuvLuv database to ferret out your date’s likes and dislikes in minute detail. There are, of course, a few minor downsides to these services: the death of privacy, dogged commercialism, and the velvet fist of a corporate Big Brother. But, in Eggers’s world, only an anti-social Luddite or a criminal would be so ungrateful as to complain.

As much as I enjoyed Eggers’s straight-faced portrayal of the Circle’s relentless insinuation into the lives of the users of its services, I got an even bigger kick out of his description of the corporate culture. A job at the Circle—the world’s most influential and most admired company—is at the top of every college graduate’s wish list. The 400-acre corporate campus features every conceivable amenity, entertainment, and benefit. There are dorm-like apartments stocked with free food and drinks, and fresh clothes for employees who work late. Unsurprisingly, some people never want to leave work at all and the company is building more dorms with the eventual goal of housing all of its 10,000 employees within steps of their desks.

The benefits are just as generous. The Circle happily adds the parents of the story’s anti-heroine, Mae, to its comprehensive health plan—ensuring topflight care for her father, who suffers from multiple sclerosis, at no charge. Mae’s health is constantly monitored via a wristband and she receives preventive care from in-house physicians.

Despite these perks, however, the Circle’s digitally advanced workplace is claustrophobic and the work is stultifying. Mae starts in the customer experience department, where her every move is monitored and she is ranked continually and in real time—not just in terms of how effective she is in solving problems for the business customers who pay to access the Circle’s user base and data, but also by how often and extensively she socializes with her colleagues (both in person and online through her social media accounts), and to what extent she immerses herself in the corporate culture. Monitor screens and passive-aggressive demands from management multiply until every minute of every day is accounted for and employees are sweaty, always second-guessing themselves, and only an inch away from hysteria.

The Circle has been criticized for being heavy-handed and unrealistic, but that’s part and parcel of satire, right? It’s a terrific satire about digitization and business that drives home many of the cautions we’ve been hearing about social media and big data and the continuing incursion of digital technology into our private lives.

I’ve read plenty of nonfiction warnings about the dark side of digitization, and I get them in an intellectual way. But my reaction to The Circle was actually physical: Eggers made me itch to scream, “I quit,” and stomp out the office door—and I’m an independent contractor who works at home.