In his 2007 book Think Big and Kick Ass in Business and Life, a well-known real estate developer and reality television star discussed employee loyalty at length. “I value loyalty above everything else — more than brains, more than drive, and more than energy,” he wrote.

But is that an effective people strategy for a large-scale organization? Probably not. The idea that leaders should place personal loyalty above all else when appraising employees is something of an outlier in the literature of management. Experts have a lot to say about the duty of CEOs to employees. But vice versa? Not so much. In the few instances I’ve found in which loyalty arises as an employee duty, it’s always framed as loyalty to the company or the company’s mission, not as personal loyalty to the CEO. 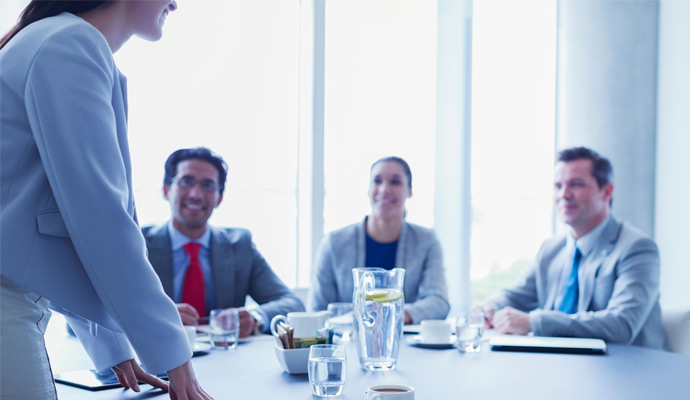 That doesn’t mean that employee loyalty isn’t important to leaders. It is, in fact, vitally important. Leaders need people who will stand by them when the going gets tough, who won’t undermine them as they seek to execute plans, who will trust them when the way forward isn’t entirely clear, and who won’t sell them out at the drop of a hat.

But how do you get loyal employees? It seems there are three common approaches.

The Pledge. The first — and probably the original — approach to employee loyalty is the explicit demand. This approach spawned the loyalty oaths of yore (think of the knight kneeling before the king and swearing allegiance). But the days of swearing personal oaths are pretty much gone. In the U.S., from the president on down to the lowest-ranking soldiers, public servants take an oath pledging loyalty to the Constitution and the country — not to an individual. Of course, plenty of leaders, in both the public and private sector, continue to extract specific personal loyalty oaths from their appointees and employees.

The problem with explicit demands for loyalty is twofold. First, the fealty is extracted by compulsion. And the people who agree to loyalty oaths without reservation are usually toadies, liars, or fools. Depending on those kinds of people to help you run a business or any other organization isn’t a very good bet. The smart, ethical people you really want working for you aren’t going to unquestioningly agree to such an open-ended condition of employment — they are going to suspect your motives and hedge, or just walk away.

The Stick. The second approach to employee loyalty is negative reinforcement. This approach relies on rigorous deterrence: punishment, humiliation, or firing for those who are deemed to act in a disloyal manner. The problem is that leaders who use this approach rarely define the line between loyalty and disloyalty. So employees don’t know what constitutes disloyalty; they only know that they are going to get the corporate equivalent of execution by anti-aircraft gun (à la Kim Jong Un) if they make the mistake of crossing the line into it.

One result is fear. Employees aren’t going to do or say anything that could be construed as disloyalty, such as telling a senior executive that she is making a mistake or that they have made mistakes themselves. This exposes an organization to the perils of groupthink, blocked lines of communication, and a culture of paranoia, all of which are detrimental to optimal performance. There’s a very good reason “drive out fear” was number eight of W. Edwards Deming’s “Fourteen Points for Management.”

Another result is loathing. As emperors, dictators, and tyrants have found for millennia, those who rule by fear and fiat will, sooner or later, find themselves stabbed in the back by someone more ruthless. When he was walking to the Senate on the Ides of March, Julius Caesar figured he had scared Brutus and the others into being loyal to him.

The Deal: The third approach to employee loyalty is the only truly feasible one: Earn it, as you would any business return. In this approach, leaders see employee loyalty as an outcome or a byproduct, not as an input. It doesn’t come about as a result of an explicit oath, and it’s not coerced through fear. Rather, loyalty is given to leaders voluntarily.

Employee loyalty is an outcome, not an input.

What kinds of behaviors earn employee loyalty? As is often the case with management and leadership advice, the answer often comes down to common sense. Lead in a way that communicates honesty, equity (in the sense of fairness and finance), and loyalty, too. If a CEO is loyal to his employees, they’ll be loyal in return.

Perhaps most important, loyalty accrues from respecting the values and ethics of employees. When leaders make a conscious effort to avoid asking their employees to participate in actions that violate their beliefs, the loyalty and unified effort needed to achieve aggressive goals flows freely.