Bottom Line: To deter turnover, managers can watch for the behaviors that employees exhibit when they are considering leaving.

According to a new study, there are 58 ways bosses can tell an employee is thinking about quitting — provided they’re paying attention.

The downside of employee turnover is well documented: Rival firms gain ground when they poach employees, and replacing workers is a costly and time-consuming process. Despite all this knowledge, companies still aren’t great at retention. According to a 2015 report (pdf) from the U.S. Bureau of Labor Statistics, one in every 4.5 employees quits each year. 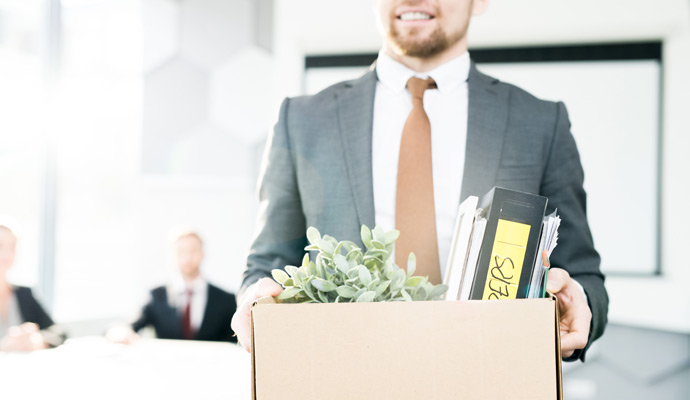 The authors of the new paper suggest that employees thinking of leaving a firm actually “leak” their intentions well before they hand in their resignation, and that managers can pick up on these cues — which are at least as predictive of an impending departure as the standard job-satisfaction questions that tend to show up on an annual review. Catching these signals well before a departure, or a negative satisfaction review, allows managers the opportunity to retain the employee.

The authors of the new paper suggest that employees thinking of leaving a firm actually “leak” their intentions well before they hand in their resignation.

As the authors note, employers can’t guarantee confidentiality to employees when they participate in annual reviews, even if their responses indicate they might be thinking of leaving. This colors employees’ responses, the authors posit, making the subtle pre-quitting behaviors (PQBs) a more accurate way for managers to glean insight into an employee’s state of mind.

Across several experiments involving surveys of employees and managers, as well as long-term analysis of matched pairs of subordinates and supervisors, the authors identified 58 distinct PQBs.

Some signs are expected. Such employees tend to slip out early, talk back to supervisors, and shuffle papers or turn their computer screens away when others approach. They may display a reluctance to take on long-term projects or clients, and decline invitations to socialize.

But other signals of an imminent departure are counterintuitive. For example, certain employees sign up for more trainings and take on additional responsibility. The researchers suggest this is so they can look as good as possible in the eyes of future employers, learn new skills to enhance their career prospects, or increase the likelihood of a positive reference from their boss.

The authors followed up with the managers in the study and found that the more often employees engaged in PQBs, the more likely they were to actually leave the firm within 13 months.

It becomes a key role for a manager, then, to spot the differences between an employee who is going through a temporary funk or is fed up with a specific colleague or assignment, and one who is consistently engaging in the types of behaviors that indicate he or she already has one foot out the door.

And the sooner companies suspect an employee is leaving, the faster they can work to convince the person to stay, come up with a contingency plan, or line up a replacement.

Source: “If You’ve Got Leavin’ on Your Mind: The Identification and Validation of Pre-Quitting Behaviors,” by Timothy M. Gardner, Chad H. Van Iddekinge, and Peter W. Hom, Journal of Management, Nov. 2018, vol. 44, no. 8