Bottom Line: Employees who know what their bosses earn work harder, but the opposite is true if their colleague’s paycheck is bigger.

Although it’s long been seen as forbidden to discuss paychecks around the water cooler, an increasing number of startups and tech firms are embracing salary transparency, hoping to establish a sense of fairness and competition. This also fits in with generational trends: A 2017 survey found that 30 percent of U.S. workers between 18 and 36 discussed their salary with coworkers, which is a proportion four times as great as among people 53 to 71.

A new study looks at employees who discover that their salaries lag behind those of others at their firm and finds that the information has a significant effect on employees’ motivation, performance, and retention. The effect was positive when they found out about a better-paid supervisor’s compensation (vertically in the company structure), but was negative when they learned their coworkers’ wages (horizontally). 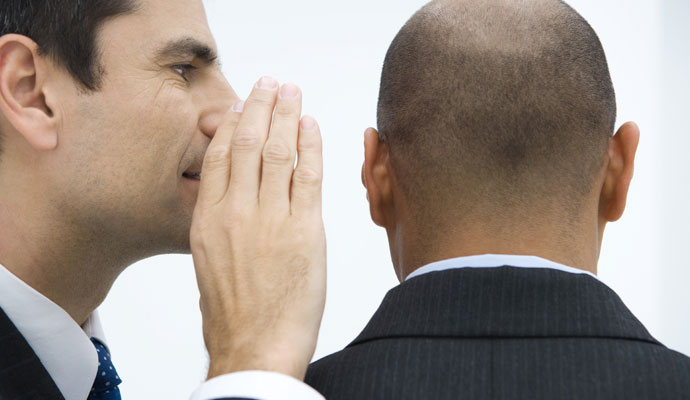 The authors studied a sample of 2,060 employees at a large commercial bank. Working with the firm, the authors accessed records on hours worked, emails sent and received, and sales made — all indicators of an employee’s performance level. They also tracked career outcomes such as transfers within the firm, departures, promotions, and raises.

In addition, the researchers surveyed employees on a range of topics related to their compensation, attitude toward the job, and workplace performance. Many were also shown compensation data for the average employee at their level, as well as for supervisors on several different levels above them. Their performance-related data was tracked for three months before and six months after this disclosure.

Employees who discovered they made less than their average peer experienced negative effects in every effort and performance measure. Learning the average supervisor salary, however, motivated them to work harder.

How to explain the difference? As has been speculated in psychological research, employees might be concerned about pay discrepancies only as they relate to their peers — in this case, their immediate coworkers. Because they have similar jobs, employees who realize they make less than their colleagues might perceive salary differences as fundamentally unfair and become demoralized.

Employees who discovered they made less than their average peer experienced negative effects in every effort and performance measure.

But it’s easier for employees to justify pay inequality vis-à-vis their managers, the authors posit, because supervisors are expected to add more value to the firm and deal with more responsibility and stress. There’s also an aspirational aspect: Knowing what they will be earning if they climb the company ladder themselves is a powerful motivator.

The results suggest companies should consider structuring their incentive packages vertically instead of horizontally: “Firms may want to motivate employees with the prospect of a higher salary upon promotion rather than through performance pay,” the authors write.