Talent — having people with the right skills, temperaments, and motivations on the payroll — is one of the biggest issues on the minds of business leaders today. And for good reason: The labor markets are extremely tight in the U.S., with an unemployment rate hovering at 4.1 percent and nearly 6.1 million open positions. In PwC’s 20th CEO Survey, 77 percent of CEOs said they saw the scarcity of key skills as the biggest threat to their business. And the challenge of finding the right person for the job is only going to get more difficult as technology evolves and businesses need increasingly specialized skills, such as advanced coding knowledge or the ability to design and train robots for automation.

Companies are scrambling to find new ways to attract and develop talent. They’re using sophisticated data and analytics tools to locate potential candidates. They’re collaborating with high schools and universities to overhaul curricula and offer apprenticeships. And they’re reengineering the workplace to make it more appealing — not just to millennials, but to all generations.

But there’s one comparatively simple approach leaders can take to improve their ability to attract and retain talent: adopt fair-pay principles.

Of course, employers generally think they are already offering fair pay (see the PwC report The Ethics of Pay in a Fair Society). But in recent years, an important new definition has emerged. When we talk about fair-pay principles, we’re talking about a set of policies that companies develop to guide their compensation and total rewards package for workers. These may include paying employees a fair and livable wage, offering equal pay for equal work regardless of race or gender, and being up-front and transparent with employees and the public about compensation and benefits policies.

Several large companies in different industries have made significant public commitments on issues of fairness and fair pay, including Unilever, JPMorgan Chase, Allstate, and McDonald’s. In 2014, Unilever created ambitious fair-pay principles, including a goal of providing a living wage — one that gives employees enough to provide for their family’s basic needs, such as food, housing, education, and healthcare, as well as some discretionary income — for all direct employees at the lowest pay grades by 2020. JPMorgan Chase in 2016 announced raises for 18,000 U.S. workers to between US$12 and $16.50 an hour — about $5 an hour above the U.S. national average minimum wage. In September 2017, Target announced it would raise its minimum hourly wage in the U.S. from $10 to $11, then to $15 by the end of 2020.

Those companies are the exception, not the rule. But it may not be sustainable for others to watch from the sidelines. Given decades of stagnant real wages, the impact of technology and globalization on jobs, the erosion of trust in large institutions, and the expansion of income and wealth inequality, fairness in society has become a high-profile issue. And just as with other high-profile issues, businesses don’t have the luxury of ignoring it.

Fairness clearly matters to prospective employees. Sixty percent of employees say they would not apply for a job where they knew a pay gap existed between men and women, according to the American Association of University Women. Among women — who make up the majority of those with bachelor’s degrees — this percentage rises to 81 percent. This tells us that people are thinking about fairness and pay already, and they’re making decisions about where to apply for a job at least partially on the basis of whether they believe the company treats people fairly. The opposite is true, too. It’s harder to retain people and keep them engaged and productive if they feel that they’re underpaid or not being treated fairly.

Promulgating fair-pay principles can give companies the competitive edge they need to attract and retain talent.

Meanwhile, beginning in 2018, publicly traded companies in the U.S. will be required to disclose the ratio of CEO pay to median employee pay. That’s likely to exacerbate the trust gap between employees and executives, an issue that many companies are already grappling with, and to raise more questions about fairness at work. This has very little to do with how much the CEO makes (that’s already public knowledge). Rather, when companies disclose the median salary, half their workers will suddenly realize they are making less than the median — and they’ll wonder why.

Looking further into the future, the issue of fairness and fair pay is likely to intensify. We can envision a time in which social responsibility and trust dominate the corporate agenda. In PwC’s recently released Workforce of the Future study, we considered what the world of work could look like in 2030. We imagined four possible “worlds” — scenarios that were conceived by analyzing megatrends, market forces, research, and survey data from 10,000 people in the U.S., the U.K., India, and China (see “Workplace of the Future 2020”).

On the one hand, “big company” capitalism could intensify as technology enables even larger organizations, or innovation could spur niche marketers to become more powerful, as in the blue and red worlds. On the other hand, there’s the possibility that collectivism will take priority as societies and companies work together through a sense of shared responsibility, as in the yellow and green worlds.

In two of the scenarios we imagine — yellow and green — the world of work is driven by fair pay, corporate social responsibility, trust, and fairness. In the yellow world, a strong desire for fairness in the distribution of wealth, resources, and privilege drives public policy, and workers gravitate toward organizations with solid social and ethical records. In the green world, workers are attracted by the opportunity to work for an organization they admire, and whose values match their own. It’s possible that elements of either scenario could become reality.

In a world in which organizations and people are motivated by fairness and restoration of trust, formulating and implementing fair-pay principles will be crucial.

Below, we break down the path to fair pay into five discrete steps.

1. Develop fairness principles. Fairness means different things to different people. Some people think fairness is equal work for equal pay, while others are more concerned with providing a living wage for employees. You and your board will need to decide which key fairness principles are relevant to the company given your business, workforce, and culture.

3. Conduct a current-state assessment. Take a clean sheet of paper and methodically look at how the company measures up against those principles. Even if you think you’re abiding by them, take stock anyway — they often get lost when a company grows, and it’s common to have blind spots. Fairness can be as much a matter of perspective as an objective, measurable reality. A true and honest inspection of the data can shed light on the real picture.

4. Measure and monitor. Make sure your fairness principles are monitored. Develop metrics that encourage progress toward fairness. These can include objective outcomes such as equal pay statistics, internal pay relationships, and so on. The metrics will also help you show whether you’re backing up your principles with real outcomes.

5. Tell your story. Transparency is a big part of making fairness principles work. That means engaging with your people so they know how and why they’re being compensated, not just with pay but with benefits and other rewards, too. We did this here at PwC. And although it can be uncomfortable to have those conversations, it’s important to be transparent. Ask people what fairness means to them and use the insights you gain to refine those principles.

It’s important to begin moving quickly on fair-pay issues today. Compensation data may remain closely held inside institutions. But chances are, people are already judging your company’s stance on pay. Websites such as Salary.com and Glassdoor.com make it easier than ever for people to find out about companies’ salaries and total compensation packages. Prospective and existing employees can easily share information and perspectives with one another on social media. And in an era of tight labor markets and skill shortages, employees are less and less shy about asking for more transparency.

To be sure, adopting fair-pay principles has implications for costs. It’s a truism that raising wages, or guaranteeing equal pay for equal work, will lead to higher short-term costs. And that may cause investors to fret. But the reality is that talent — not equipment, or materials, or infrastructure — is the most significant long-term investment many organizations will make. A dollar of investment today in fair-pay principles has the potential to yield long-term returns. 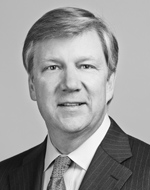 Scott Olsen is the U.S. People and Organization practice co-leader and a principal with PwC US. He is the primary contact for Workforce of the Future in the U.S.