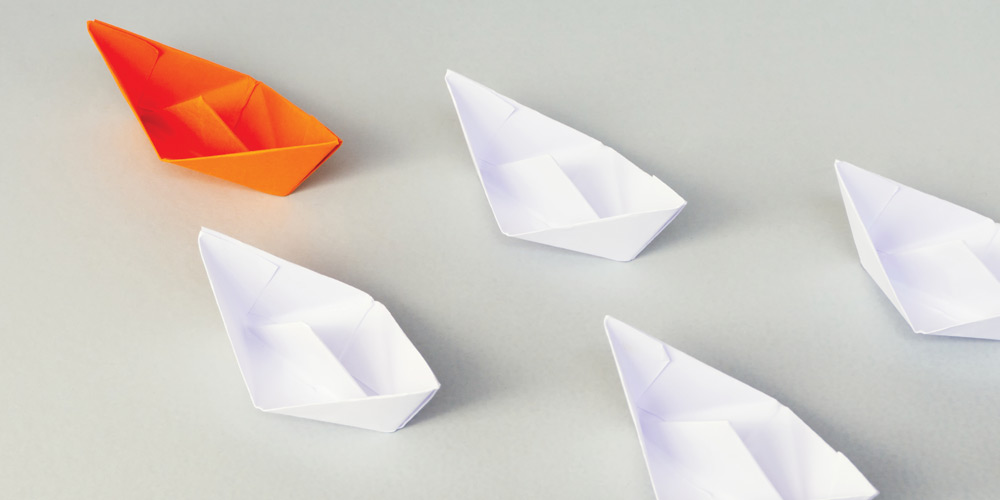 When my leadership client — let’s call her Alice — took on a new assignment leading a group of finance experts, she knew the road ahead would be challenging. Although she lacked a finance background, she was charged with instituting radical change: Turn what the higher-ups saw as a hardheaded group of number crunchers into a team of friendly and business-savvy partners.

What won Alice the job was the fact that she was an accomplished spanning leader, a term I use for managers who, rather than leading from deep expertise, are adept at managing outside of boundaries. But whether that skill would be enough to gain the support of her new team remained to be seen.

When specialist employees are faced with a boss who knows less about their given specialization than they do, resistance kicks in. Often teams of experts can have a limited view of the value spanning leaders can bring, especially if they’ve been led by one of their own for many years. They want a leader to have what I call the wisdom of depth — to always be the smartest person on the team and to constantly scan for risks to keep them out of danger. When crises arise, they want her to be enthusiastically hands-on.

In Alice’s group, many of the finance experts felt insulted — not over their reputation or because the company wanted to see radical change, but because it was Alice who was brought in to make that change happen. Bringing in “just anyone,” as they saw it, felt like an affront to their depth of knowledge and experience. It didn’t help that Alice’s predecessor had been beloved for his deep knowledge of finance.

So when employees cry out for expert leadership but you as spanning leader know you can’t provide it, how can you make things work? It sounds difficult, but it can be done. And it often starts with finding a pain point.

In Alice’s case, she noticed that the business groups her employees supported were demanding ever-greater numbers of reports, which increasingly bogged her team down. They had to churn out so much broad documentation that they could hardly keep pace, much less take the time to provide the deeper insights that the business leaders needed and expected.

Alice brought her experts together to talk about the pain point. They agreed that the copious reports the business groups demanded often added little value and that there had to be a better way. She said, “Let’s find a different approach.” Now she had their attention.

Your success will depend on your ability to build interdependence and cooperation among team members.

For Alice’s team, the type of collaboration she was asking for was something new — the team had never been charged with coming together to creatively solve a problem. As they reviewed requests, examined processes, opened new lines of communication with the different business groups, and brainstormed alternative service approaches, their confidence in Alice — and in themselves as business-savvy partners — grew. Confidence went through the roof when their ultimate solution to the report onslaught got a thumbs-up from virtually all their internal clients.

One of the team members told Alice, “You can accomplish things we couldn’t. We’re with you!” Alice went on to fulfill her mandate to change the team’s approach to a more consultative style.

Since then, she has led several other groups whose expertise she doesn’t share. Her tack is always the same: Hunt for a problem she can address as a means of building trust and cooperation. Fundamentally, she looks for aspects of the work in which team members must rely on each other to be successful and don’t need the guidance of a more seasoned expert. Then she builds the team’s ability to have tough discussions — both about the pain point and beyond — and make collaborative decisions.

As a nonexpert leader of an expert group, you can provide this kind of value and earn your team’s trust. Try these three strategies:

1. Look inward to the team. Your success will depend on your ability to build interdependence and cooperation among team members. Focus on the team itself and see whether you can find ways to improve communication, interaction, and debate. Aim to create a group whose members learn to rely on each other and are less dependent on you to be involved in every decision.

Exercise: Identify a decision you believe the team can make (it should not be a decision regarding a crisis situation). Use team meetings to work on the decision. Solicit input from everyone without allowing debate on the ideas. Summarize what you have heard from the team. Redirect the team to focus on the core areas, then encourage debate.

2. Look outward to the organization. Seek ways to resolve the team’s problems with the broader organization. Examples include things as simple as securing a budget, getting top-management backing for a project, or winning the cooperation of another department.

Exercise: For a current team challenge, list the people you know in the organization who could provide any of the following: additional information or perspective that could help the team or shift its perspective; access to individuals who could support the team by doing small tasks, or people who would like to be involved in solving the problem; and bridges to other groups or stakeholders. Then use your network to tap those resources.

3. Look to build team members’ reputations. Although this strategy doesn’t specifically address a pain point, it still shows employees that you have their backs and are interested in their career development. Help team members expand their networks and their perspectives. With a broader network, a team member can more easily address his or her own pain point and bring new perspectives back to the team’s challenges.

Exercise: For each team member, list two to three people who would value knowing of that individual’s experience, perspective, and capabilities. Use your connections to set up one meeting for each employee. Coach the individual on how to best manage that meeting. Check on the impact the team member had.

Having a spanning leader forces teams to operate in ways that are unfamiliar, such as making decisions collectively instead of relying on the manager. This transition takes time and requires both persistence and patience. Give people a while to grasp the value of your spanning leadership.

In the meantime, don’t try to be the expert leader you’re not, no matter how tempting. This isn’t the time to “fake it till you make it.” Admit you are not an expert and tell team members that expertise is their job, not yours. Your contribution is something else. That’s the way to drive real change. 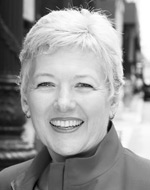 Dr. Wanda T. Wallace, managing partner of Leadership Forum, coaches, facilitates, and speaks on improving leadership through better conversations. She hosts the weekly radio show and podcast “Out of the Comfort Zone” and is the author of You Can’t Know It All: Leading in the Age of Deep Expertise.