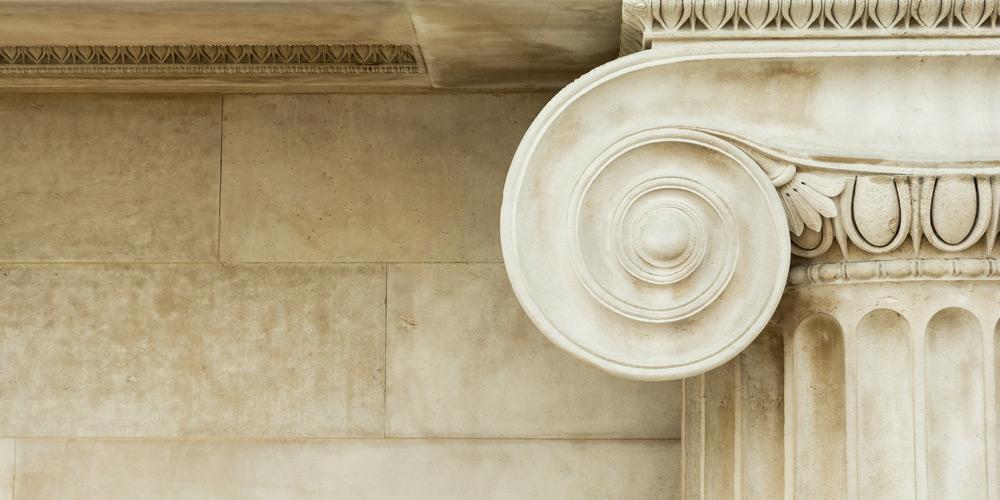 At a time when the business landscape seems in constant motion — a turbulent, fast-paced global environment rife with disruption and ever-changing technology — it feels quite fitting that the action word “pivot” has become popular.

Andrew Winston’s book The Big Pivot has a place in the green-economy section of my bookshelf. Jenny Blake’s book Pivot offers advice to career changers. Recently, Pivot to the Future, by Omar Abbosh, Paul Nunes, and Larry Downes, landed on my desk. And my own book You’re It has a chapter on pivoting from routine into crisis leadership.

But a great deal of this pivoting talk focuses on the action of pivoting and ignores the necessary stasis around which that action occurs. After all, pivot is also a noun, meaning the stationary object, pin, or shaft around which a mechanism turns. In this way, pivot as an action derives its power and distinctiveness from that which is held constant. Take basketball, for example, in which a player can stop, plant one foot, and move the other as he or she turns and dribbles the ball. This pivot comes as a pause in forward motion and is marked by gluing one foot to the court. That stasis provides an opportunity to survey the landscape while weighing risks and opportunities. The rules of the game require that the player make a decision immediately after the pivot — to pass or shoot. The same can be said of a business leader or organization.

To illuminate this point, I spoke with Nunes, one of the coauthors of Pivot to the Future, which details a strategy for reinventing your business in the age of disruption. “When you make a pivot, you have to reflect on how the environment is changing,” he says. “The pivot lets you gauge the situation before you make your next move.”

When you make a pivot,’ says author Paul Nunes, ‘you have to reflect on how the environment is changing.’

To be ready to pivot — to make good decisions that move an organization in the right direction after surveying the business landscape — you have to be sure that one foot is firmly planted in something solid and consistent. Without that, you can quickly find yourself like Wile E. Coyote from the Road Runner cartoons, starting off with great confidence only to find yourself with feet awhirl over a chasm, gravity bringing you crashing down to Earth. Each company’s grounding force will be distinct, just as each company is different. Here are some types of pillars around which your organization can pivot.

Consistent values — qualities that are important to an organization — constitute one type of pillar. Look at outdoor living brand Patagonia. Although its specific offerings evolve over time, it maintains an enduring commitment to certain ideals. Patagonia is active in environmental causes because it believes that enjoying nature without destroying it is the company’s “reason for being.” Customers, employees, investors, and other stakeholders understand what the organization stands for and thus what they can expect in their interactions with it. The solidity of its values drives choices as the company pivots.

Core principles — similar to values — are rules through which an organization’s values are expressed. Amid a sea of investing options, for example, Vanguard has maintained its reputation based on foundational principles: putting investors first, keeping costs low, and focusing on long-term results. These principles have been stable through multiple CEO transitions and seem unlikely to change as the firm adapts to blockchain and other fintech innovations. They are the cornerstone of any pivot for the investment firm.

Clear strategy — a playbook for how an organization intends to achieve a goal — is another pillar. Nunes notes that “sometimes you need to play offense and sometimes defense depending upon the competitive environment. The right strategic anchor makes you stronger at both by increasing thoughtfulness and agility in turning…. A company can commit to being data-driven, for example, committing to pivot to where the data leads.” The data-driven South African life insurance company AllLife uses robust analytics to find ways to cost-effectively insure individuals who would otherwise be “uninsurable” because of health status. AllLife was the first to offer HIV-positive people whole-life coverage, and is using this approach to expand coverage for other populations.

Solid leadership — the kind practiced constantly and consistently — is the final pillar. What’s more, in the research my Harvard colleagues and I have done on leading through crisis, we found that stressful situations don’t require a different set of leadership skills than what is needed in calmer times. Emotional intelligence, keen decision making, and clear communications — the traits needed on a daily basis — will help executives navigate the necessary pivots in higher-stakes, emotional environments amid the increased time pressures of a crisis.

Thad Allen, former commandant of the U.S. Coast Guard, is widely known for his leadership in the responses to Hurricane Katrina and the Deepwater Horizon oil spill. He shared a revealing anecdote with my colleagues and me from his experience with Katrina.

The initial response to the storm had not gone well for a number of reasons. Many of the responders were demoralized. Allen related that he told a large group of responders to start treating everyone as if they were family. That way, he said, if they made a mistake, it would be from doing too much, not too little. And if anyone had a problem with them for doing too much, they would have a problem with him, not the frontline responders. “You could feel the barometric pressure in the room change,” he said.

With this move, Allen combined pillars to pivot effectively: He provided values-based direction (help people) and a principle to catalyze action (treat them like family). And as a person known for solid leadership, he committed to having responders’ backs as they moved forward. That is leading a pivot. Responders felt able and motivated to better serve people affected by the devastating storm.

You can’t halt the dynamic movement around you. Customers, competitors, technology, and markets constantly change. To adapt swiftly and surely, plant a foot solidly on a pillar, consider your options — and then pivot.