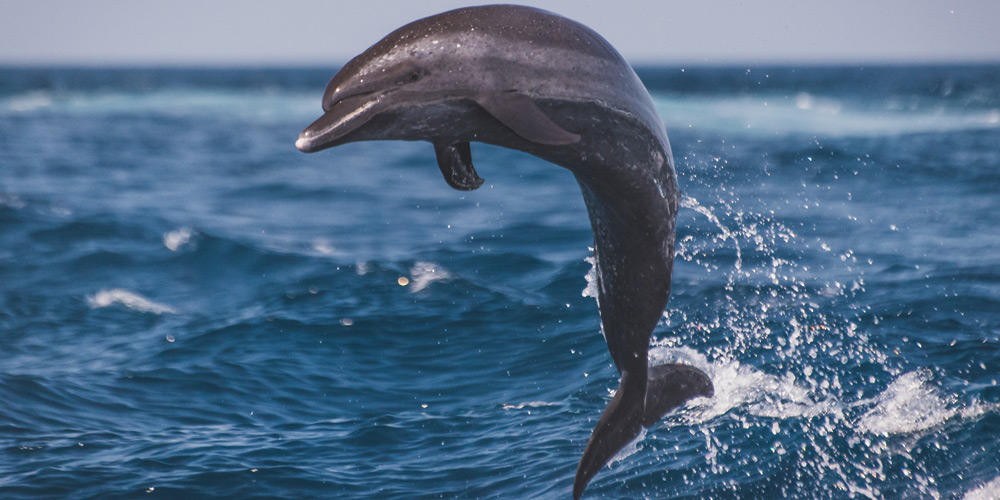 Sometimes, in my work with teams all over the world that are struggling with fractious social and political issues, I have found inspiration in unexpected ways. One wouldn’t think that theater, for instance, has much to do with sustainability or inequality. But my colleague Ian Prinsloo, who’s a former theater director, introduced me to an improvisation game called Learning Like a Dolphin, and it’s now a wonderful part of the workshop methodology my firm uses.

In this game, one participant volunteers to be the dolphin and leaves the room. The others — the dolphin trainers — decide on a simple series of coherent actions they want the dolphin to learn to do (e.g., picking up a chair, then moving it under a window, then sitting on it). The dolphin comes back into the room and tries to discover what to do. No one is allowed to talk or signal, but the trainers can clap when the dolphin is getting closer to doing the correct action.

I am fascinated with this game because it highlights a crucial competence: the ability to pivot. Addressing any complex situation in which the way forward is unclear requires this skill. It applies both to working on the societal challenges that my colleagues and I deal with and the challenges faced by anyone trying to navigate unfamiliar market and organizational dynamics.

In the game, the behavior of the trainers is important, because the dolphin can’t learn if the trainers give confusing or contradictory feedback. The same is true in a real-world work situation. In everyday life, we aren’t limited to claps to communicate, but words don’t always help, either. After all, how often have you been in a situation in which you were puzzled by the feedback you received? When we give vague or hesitant feedback, we make it hard for people to know what’s working. In the dolphin game, I’ve seen trainers who are disciplined and conscientious in their clapping, who help the dolphin succeed, and others who are inattentive and flippant, leaving the dolphin confused and floundering.

The behavior of the dolphins is also crucial. The dolphin role is stressful: The volunteer usually becomes nervous (sometimes even sweating heavily) when struggling to figure out how to succeed. The key is for the dolphin to keep trying different actions and then build on the ones that elicit strong, affirming claps. The dolphins who fail are those who become stuck — paralyzed, just standing still and thinking, or doing the same incorrect action over and over, even though they’re not getting claps.

So learning requires us to cycle between two modes: trying stuff out and attending to feedback. And if we’re not getting high-quality feedback directly, we have to search it out indirectly (for example, by observing what others are doing in response to our actions, even if they aren’t saying anything to us).

In all domains of activity — relationships, business, politics, art — people sometimes get mired in old ways of doing things and fail to find new ways forward. They get unstuck only when they try something different and keep trying until they discover what works. This is what a soccer player does as she kicks a ball down a crowded field, what a scientist does as she articulates and tests a series of hypotheses, and what an entrepreneur does as she makes different offers to the marketplace. This is what Pablo Picasso did as he applied paint to a canvas, stepped back, looked at it, and repeatedly painted over what he had done before, searching for the right expression of what he was trying to create.

People sometimes get mired in old ways of doing things and fail to find new ways forward. They get unstuck only when they try something different and keep trying until they discover what works.

When we engage in a creative team activity, we need to be able to pivot fluidly, not only individually but as a group, like starlings flying in murmurations. My most satisfying team experiences have been those in which we saw that what we were doing wasn’t working, we quickly and flexibly discerned together what we could do differently, we did it, and it worked.

The primary impediment to such fluidity is the rigidity that arises from fear. A martial arts teacher once told me that in making a fist in tai chi, I must not clench my hand tightly; it must be loose enough so that I can slip a pencil through it. We clench tightly and hold on to doing things that aren’t working because we fear that if we admit, to others or even to ourselves, that what we’re doing is wrong, we’ll lose out. The key to advancing in the midst of such fear is summoning up the courage, prudently, to relax enough to be able to pivot.