Trevor Manuel has been one of the most important political and economic players in South Africa’s tumultuous transition from apartheid to democracy. After Nelson Mandela became the country’s first democratically elected president, in 1994, Manuel served for 20 years in the national cabinet, first as minister of trade and industry and then as minister of finance and head of the National Planning Commission.

I worked with Manuel in 1991 and 1992, when he was director of the Department of Economic Planning of Mandela’s African National Congress. He participated in the Mont Fleur Scenario Exercise, a project I facilitated that brought together 22 South African leaders from all segments of society and all political orientations to think through what could and should happen in their country.

In 1999, reflecting on his Mont Fleur experiences and the national transition, Manuel said, “There was a high degree of flux at that time: There was no paradigm, there was no precedent, there was nothing. We had to carve it.” 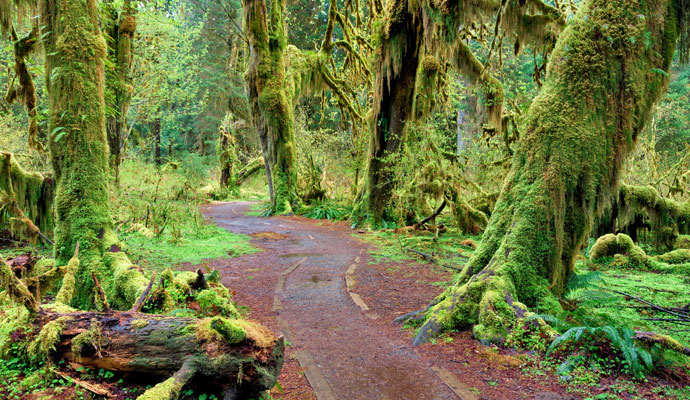 Manuel’s choice of words reveals a crucial but usually unrecognized aspect of trying to effect systemic change. To carve the world means to bring forth something new by patiently and gradually working, with a sensitive hands-on connection, with the particular reality in front of you. It means the opposite of imposing on the world a fully formed idea of what you think must be.

When we collaborate with diverse others, as the Mont Fleur team did, we carve together by sharing ideas, strengthening relationships, and taking action. Similarly, when confronted with a complex business challenge, we can approach it with the flexibility and creativity of sculptors working with clay. Here are three tools — two practical and one ideological — you can use to help your team carve.

Try out new ways of talking and listening. To work together in a way that carves rather than imposes a way forward, what we most need to do is relax. We prevent ourselves from carving when we are rigid — when fear of what is happening or could happen causes us to tense up and hold on tight, trying to keep things under control.

When confronted with a complex business challenge, we can approach it with the flexibility and creativity of sculptors working with clay.

What can we do in the middle of a complex and contested situation to relax and work with it? My colleagues and I have found that the most useful move is to become aware of and shift the way we are talking and, especially, the way we are listening. In the framework developed by Massachusetts Institute of Technology management lecturer Otto Scharmer, we need to shift from downloading (“The truth is...”) to debating (“In my opinion...”) to dialoguing (“In my experience...”) to what he calls “presencing” (“What I am noticing here and now is...”).

Earlier this year, my colleagues and I worked with the leadership team of a new Colombian organization that has the daunting mission of implementing part of the peace accords that recently ended the country’s 52-year war with the Revolutionary Armed Forces of Colombia (FARC) guerillas. These leaders have diverse views, all passionately held, about what the organization needs to do to accomplish its mission. During our workshop, they did a short exercise that involved trying out, in sequence, the four ways of talking and listening. Then I asked them if the exercise had changed anything for them. One participant gave a simple, practical answer: “I discovered that I had more options than I realized I had.” At the end of the workshop, the president of the organization summarized what the group had accomplished: “It seems to me that our situation has become more malleable, like Play-Doh does as you knead it.”

Build structures that enable creative collaboration. When my colleagues and I work with teams that are attempting to carve new realities, we explicitly encourage them to experiment with different thoughts, relationships, and actions in order to learn what happens and what works. Our emphasis is less on getting things right the first time and more on being attentive to feedback, adjusting, and trying again.

The best way we have found to encourage this creative experimentation has to do with the way we organize the “space” — physical, political, and psychological — for the team’s work. For example, we set up the room with chairs and tables that are small and light, rather than heavy or fixed, so they can easily be moved around into configurations that facilitate new conversations with new people. And we use working materials such as shared flip charts, Post-it notes, and Lego blocks — rather than individual notepads or laptops — that all participants can easily see and use together to regroup and revise their ideas. Such flexible methods enable fluid team results.

Think of your work as a craft, not an assembly line. This way of working on complex challenges is radically different from the way we usually think we need to work. The conventional approach is linear and rationalistic: First agree on what the problem is, then the solution, then a plan to implement the solution (including who will do what), and finally implement the plan as agreed. But in complex and contested situations, this approach does not and cannot work, both because the actors are unlikely to agree on the problem and the solution, and more fundamentally, because nobody can know what will work until they act.

In describing China’s transition toward a socialist market economy, former Chinese Communist Party leader Deng Xiaoping used an evocative image of discovering, rather than planning and solidifying everything before starting. “We are crossing the river by feeling for stones,” he said.

This contrast between how we actually need to move forward and how we think we ought to parallels the contrast McGill University management professor Henry Mintzberg makes between the emergent way businesspeople actually develop strategies and the deliberate way business schools teach them to. Mintzberg also evokes an image of carving or crafting. “Craft evokes traditional skill, dedication, perfection through the mastery of detail. What springs to mind is not so much thinking and reason as a feeling of intimacy and harmony with the materials at hand, developed through long experience and commitment. Formulation and implementation merge into a fluid process of learning, through which creative strategies evolve.”

The three principles I’ve laid out for helping your team experiment a way forward are the essence of the shift we need to make to find a way, with diverse others, to address our toughest challenges. We need to move from a rigid attachment to the single perspective or answer we believe to be correct to a more relaxed and open stance that enables us to discover new possibilities and options. This is how we make our situation more workable so we can carve it and create a new and better reality.