Cars that drive themselves or run on fuel cells! Space tourism and manned missions to Mars! Tunnel-based loops that transport people at high speed in underground pods! Everywhere you look, futuristic whiz-bang technologies that promise to usher in a golden age filled with a higher quality of life are being promoted as potential near-term realities.

Yet there’s a general pessimism about what the future holds. In the U.S., only 37 percent of adults believe their children will be better off financially than their parents when they grow up, according to the Pew Research Center. In Japan, one of the world’s most technologically advanced economies, only 9 percent believe so.

There are a lot of reasons for the simmering discontent about the future in the midst of massive technological promise. It’s not because technology can’t do all the wonderful things its promoters promise. After all, we all walk around with a powerful computer in our pocket, have the ability to get our genome decoded and explained with a simple test, and take driving directions from brilliant navigational tools. 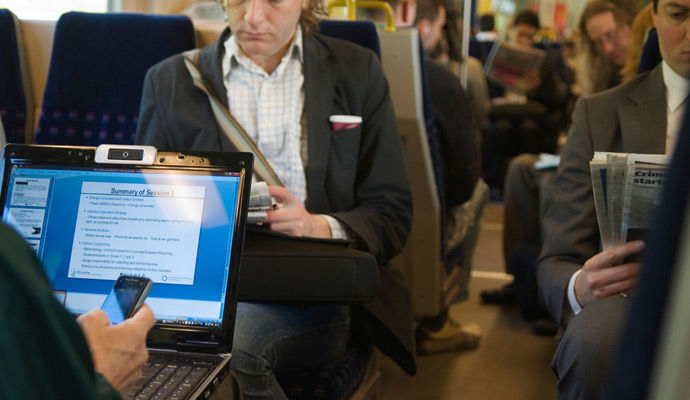 Rather, the dissonance comes when we realize that, for all the technology that promises to replace and displace existing systems, most of it doesn’t seem to be trying to make our existing systems work better — or stop them from getting worse. For example, I read a lot about exciting new projects while sitting on the train that takes me 50 miles from suburban Connecticut to midtown Manhattan, a trip that now takes 15 minutes longer than it did 15 years ago.

It’s great that people are thinking about ways to make many of our existing, annoying systems irrelevant. But what if we could apply some of that engineering talent, imagination, and capital to simply make the stuff we use right now work a little better? We certainly have the tools at our grasp.

For example, cars powered by hydrogen fuel cells could be a key to enabling mobility without emissions, which would thus improve air quality, reduce greenhouse-gas emissions, and make fuel less expensive. And although the technology already exists to make vehicles of all sizes significantly more energy efficient, auto manufacturers have chosen not to roll them out comprehensively. The technology to make a train move from my station in Connecticut to Grand Central in 55 minutes exists, but the operators of the system haven’t invested the resources necessary to allow it to function at a higher level.

In economic circles, it has become fashionable to argue that the world has run out of opportunities to roll out important big innovations. In the absence of a step change, this argument goes, we won’t get a big leap in productivity — and hence in growth — and there will be a shortage of opportunities in which capital can be invested.

The reality is that opportunities for increases in productivity are everywhere. There are big gains to be realized by simply bringing technologies that have been around for a century or more to places that haven’t yet had the opportunity to benefit from them. Last year, a train line connecting Addis Ababa in Ethiopia and Djibouti opened, which will reduce the travel time between the two end points from 10 days to 10 hours.

Meanwhile, we can take all sorts of incremental steps by upgrading existing systems with existing technology. In many large industries — manufacturing, logistics, e-commerce — optimization that produces marginal gains, year after year, is the order of the day. But in too many areas and industries, including the ones that directly affect how we feel about our quality of life, we seem to have lost the capacity or appetite for building sustained incremental improvements.

The reality is that opportunities for increases in productivity are everywhere.

To be sure, optimizing existing systems is less romantic and appealing — and perhaps less profitable — than concocting entirely new ways of doing things. The prospect of making trains move 2 percent faster may not fire the imaginations of young engineers. But the economic and psychological impact of doing so for a few years in a row would be immense. Shaving a minute off a daily one-hour rail commute would give a typical person an extra eight hours of time annually.

More significantly, the imperative for improvement is greater than the need for blue-sky innovation. It’s exciting to think that a few people might to go Mars one day. But what matters to most people today is having their flights taking off on time. A hyperloop would be awesome. But it would be even more awesome if our existing trains could move just a little more quickly next year than they do now — and then move a little more quickly the year after that. Pharmaceuticals designed to address individuals’ specific health needs would be a quantum leap. But just imagine the immense gains we could reap right now if we could simply reduce the level of wasted medical spending from its current level of 20 percent.

Innovation and futuristic thinking is great, and can certainly spur some people to think about the future in a more positive light. But it’s likely that an increased emphasis on optimization right now could boost our collective optimism.