New technologies such as mobile networks, cloud computing, and artificial intelligence are altering the business landscape in ways that give us two flourishing extremes: a small number of superstar giants and a vast sea of profitable, tiny companies focused on niche markets. Everything else — the middle class of business, ranging from established Fortune 500 corporations to obscure businesses in the US$100 million range — will increasingly struggle to prosper.

You can see this playing out in the U.S. stock market. Apple and Amazon made headlines recently by hitting an unprecedented market value of $1 trillion, but the bulk of public companies are performing with as much get-up-and-go as old hound dogs on Prozac. Just 30 companies collect half of the profits produced by all publicly traded companies, down from 109 companies collecting half the profits in 1975, according to research published this year by economist René M. Stulz. 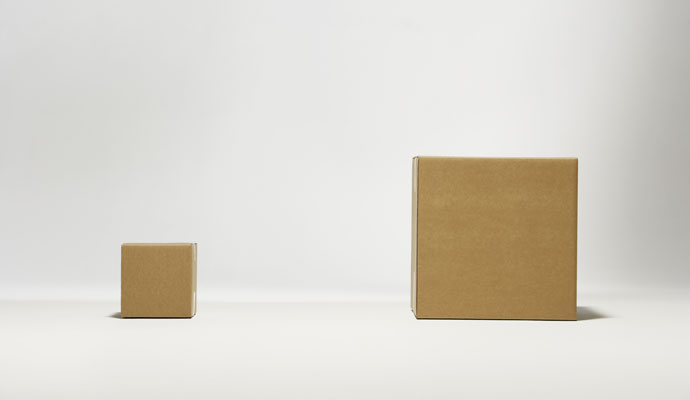 In the startup space, a few hotshot companies get monster rounds of funding (Instacart raked in $150 million in April 2018; Bird, $300 million in June 2018), but also-ran companies have trouble getting meetings with venture capitalists. Yet at the same time, very small, focused, early-stage companies are flourishing and finding it easier than ever to raise money from angel investors and crowdfunders. Angel investors pumped $3.2 billion into 5,127 U.S. startups in the second quarter of 2018, up from $2.3 billion and 3,780 startups in the second quarter a year earlier. Another way to see the proliferation of tiny companies: U.S. census data shows that 76 percent of U.S. companies are now just one person.

These tiny companies are getting a boost from technology platforms, so it’s no fluke that those platforms — Apple, Amazon, Facebook, and Google — are four of the most valuable companies on earth. And the surge in successful small companies is challenging the established companies caught in the middle.

Amazon helps show why tech platforms are creating business extremes. The heart of Amazon is two enormous platforms. The retail platform sucks up half of all online retail sales in the U.S. Although much of the retail on Amazon is by Amazon, the site also hosts thousands of independent sellers like EZVacuum (all things vacuum cleaner) and Spicy Bomb (habanero deodorizers, which apparently make your home smell like a delicious taco). Those small retailers are able to focus on a niche and succeed by renting — from Amazon — a way to sell to a global audience and compete against big established retailers such as Walmart. As more small retailers pile into Amazon, the platform gets bigger and bolsters its status as the go-to retail site, which in turn lures more buyers, and more small retailers, creating a positive spiral that lifts Amazon and leaves middle-tier retailers clawing for market share.

Amazon’s other platform is Amazon Web Services, a pioneer in cloud computing. In the second quarter of 2018 alone, AWS generated $6 billion in revenue and grew 49 percent. It has about one-third of global market share for cloud computing, beating giants such as Microsoft and Google in every part of the world. AWS’s founding insight was to give small companies a way to rent the massive computing power that used to be the province of major corporations. AWS is a big reason it’s so cheap today, compared with 20 years ago, to start a tech company.

Apple is a platform — with its app store and iTunes — that allows small, niche entities to reach billions of mobile users worldwide. Google and Facebook finely segment their users so a sole proprietor making some odd product on a kitchen table (like habanero deodorizers) can find and sell to exactly the people looking for that product, all over the world. Such small and focused entities thrive by using these platforms, and then the platforms mushroom by democratizing powerful technology.

Platforms tend to be winner-take-all businesses — just one huge social network; one huge search engine. When platforms get momentum, they go to the stratosphere. More platforms will emerge, perhaps around AI, blockchain, or 3D printing. As more platforms offer more technology for rent, more small companies will use the platforms to thrive. That’s how we’ll end up with even more extremes — a handful of trillion-dollar goliaths and millions of tiny entities, many of which can succeed and endure by remaining small and focused.

As more platforms offer more technology for rent, more small companies will use the platforms to thrive.

Accordingly, the whole middle of the stock market is disappearing. The Stulz study found that the market is half the size it was at its mid-1990s peak, and 25 percent smaller than it was in 1976. The U.S. population has increased by 50 percent since the mid-1970s, but we now have 11 publicly traded companies for every 1 million Americans, down from 23 in 1975, according to Stulz. And there seems to be little room for midsized public companies. In 1975, 62 percent of publicly traded firms had assets worth less than $100 million, adjusted for inflation. Now it’s only 23 percent.

Another paper, by investment firm Urgent International, also points out that only the splashiest companies get much love from U.S. markets. Middling companies need not apply. “Public offerings by small-growth companies once opened a door for further growth, but now that path to list in the U.S. is nearly impossible,” the paper says. “In 2016, only 18 American companies completed IPOs that raised less than $50 million as compared with 557 companies in 1996.”

The rule of extremes applies to startups, too. Investors want to pile into companies they believe will be big winners that will suck up most of a particular market space. No one relishes investing in a second-place finisher. “If your competitor is going to raise $150 million and you want to be conservative and only raise $20 million, you’re going to get run over,” Bill Gurley, a managing partner at Benchmark Capital, told the New York Times.

None of this is temporary, or fixable, by changes in regulations or financial markets, or by antitrust actions. It is a new normal, driven by global technology platforms. Call it the extreme economy. And if the trend continues, you’re going to wind up working either for a trillion-dollar company, or for yourself.