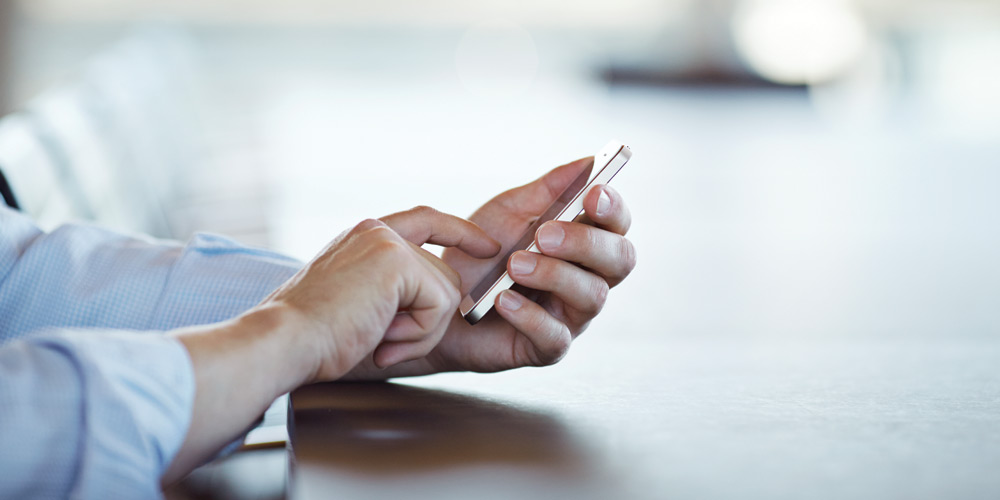 Last autumn, sitting in the waiting room at the doctor’s office with a fidgety child, I spotted a blue-and-orange advertisement for a company offering mental health services — therapy — via an app. Now this, I thought, is interesting — how could an app deliver effective therapy services?

My further investigation showed a burgeoning and scarily unregulated market. There’s little research to determine any side effects from mental health apps (though there is research to show that therapy can have unwanted adverse effects), and there are plenty of issues regarding privacy and data. A review study from 2015 found that some apps targeting bipolar disorder were giving out some truly egregious misinformation: One advised individuals experiencing a manic episode “to take a shot of hard liquor a [sic] hour before bed,” while another stated that bipolar disorder “can transfer to another relative if they spend too much time with you and listen to your depressive life.”

Yet the market is exploding. The entire global digital health market was valued at US$118 billion in 2017 and is expected to grow to $206 billion by 2020 and $504.4 billion by 2025 — fairly staggering figures for products that didn’t exist at the start of this millennium. The digital mental health industry is a significant portion of that overall market, which includes applications ranging from virtual reality for treating obsessive-compulsive disorder and phobias to the growing “self-care” app market. (Apple named “self-care” its app trend of the year in 2018, and one app-monitoring site estimated that U.S. consumers spent $32 million on self-care and wellness apps in the first quarter of 2018 alone.)

And now companies are snapping up these therapist-in-your-pocket apps for their employee well-being packages. For example, Headspace, a popular meditation app, has had more than 40 million downloads and boasts more than 1 million paid subscribers. More than 250 companies now offer their employees a Headspace subscription.

When an app works, it can help. Ieso Digital Health, for example, offers cognitive behavioral therapy interventions for depression, anxiety, and other disorders; its app enables individuals to conduct weekly therapy sessions with accredited therapists via text, to supplement those sessions with tasks and practice, and to track their mood and feelings. Ieso offers its service free to businesses near its headquarters in Cambridge, England, as well as to its own employees. “We do a lot of research and a lot of science and we are on a mission to develop products that help people that can scale…to deliver interventions that work,” says Sarah Bateup, chief clinical officer for Ieso. It was Ieso’s flyer that I found in my doctor’s waiting room; the National Health Service in the U.K. has made Ieso’s services available to its patients in an effort to improve access to mental health treatment.

But the quality of digital mental health apps is uneven. A recent analysis of 73 of the top-rated apps intended to deal with depression, self-harm, substance use, anxiety, and schizophrenia found that the vast majority of them did not provide any evidence or peer-reviewed studies to back up their claims. Nor do they have to: Apps that appear in stores such as Apple’s App Store or Google Play are not subject to any sort of vetting or standardization.

Despite this, Andrew Secker, a partner at employment law specialists Mills and Reeve based in London, says more and more companies are boosting their mental health well-being offerings in an effort to get ahead of potential disability discrimination cases. In the U.K., these claims have risen dramatically in the last few years — by 37 percent in 2018 alone — which experts say is driven by stress and the growing willingness of people to talk about mental health issues. To a company looking for a way to help its employees manage mental health without a major outlay of cost, an app can seem like an easy fix.

Secker likened the trend of employers providing digital mental health apps to the spate of employers including DNA testing as part of their preventative healthcare offerings. The practice raises ethical and legal issues regarding the employers’ responsibilities for the information they get, and whether they should see any information at all. For example, said Secker, if an employer is made aware that it has an employee with a mental health disability, that knowledge could affect everything from that employee’s sick leave allowances to how his or her performance is reviewed. “I think employers need to think long and hard about why they’re getting the information and what they’re prepared to do with it,” Secker says.

Even if employers aren’t looking at the information being gathered, employees might think they are — and that has its own complications. Debbie Kleiner, head of “workplace happiness” and director of health at Bristol, England–based PES, which develops employee well-being packages for companies, says that the stigma regarding mental health can make workers paranoid about the data their companies collect. “Employees are suspicious of their employers sometimes,” Kleiner says. That suspicion has implications for the effectiveness of any mental health program, app or not: Kleiner said that one of the biggest issues with employee-assistance packages is actually getting employees to use them.

Even if employers aren’t looking at the information being gathered, employees might think they are — and that has its own complications.

But perhaps the biggest concern is that offering a mental health app can be seen as simply ticking a box. “I’ve an uneasy feeling that some companies — not all, but some — say, ‘Well, there you go, we’ve got an app, that’s our mental health policy sorted,’ and it isn’t,” says Ieso’s Bateup.

Kleiner says that when companies ask her about apps, she worries that “they don’t have an idea of what they’re trying to do. Apps in isolation, without being part of a mental health strategy, let alone a well-being strategy…can be pointless, really. If you’re going to spend money on an app, isn’t it better to just train the line managers to have the right language around mental health? Isn’t that going to have more impact than an app?”

Ultimately, an app can only be effective as part of a larger well-being offering, one that is designed in concert with the actual users and recognizes its limitations. That might cost more, but it’s in everyone’s best interest to get it right. “Doing what’s right for their employees will further their business,” Secker says. “I think the organization that pays a lip service [to mental health] will get found out and will have to change.”