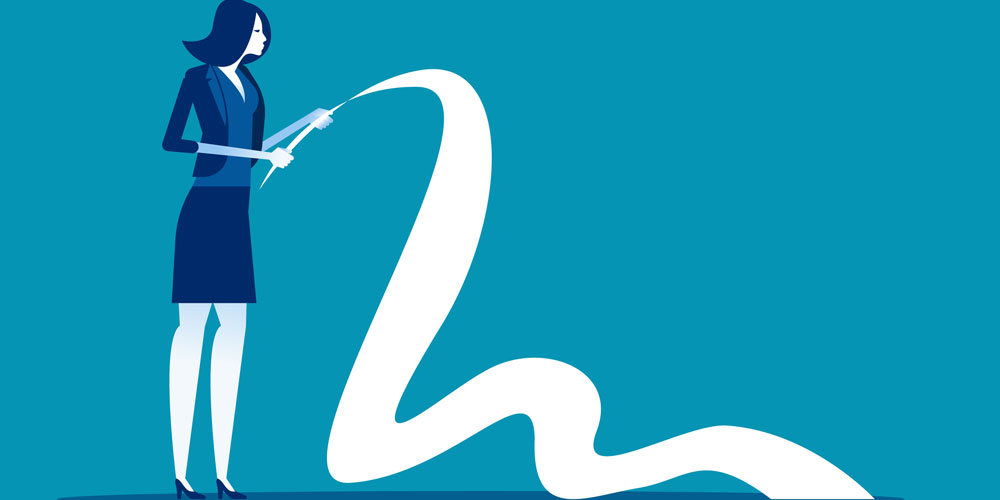 At some point during their evolution, companies go through the values exercise. The founder may decide to write them down. Or the company’s values could be the subject of a whiteboard exercise by the leadership team at an off-site. Or employees may be surveyed for their input. There is no “right” way to do the values exercise, because every company’s culture is unique. Ideally, the list of values should capture and codify that culture.

But the leaders who drive this important exercise have to make some key decisions up front. They need to define the rules of the road, so that there is clarity throughout the organization about those behaviors that are encouraged and those that are discouraged. In going through this process, leaders must make choices. Will they use big-idea words, such as excellence and integrity? Or will they use more concrete and specific language? How will employees be reminded of the values?

I believe another question is too often glossed over: how long should the list be? Some organizations seem to embrace the simple rule that most people can’t remember more than three or four things from day to day. At Colgate-Palmolive, for example, the values are “caring,” “global teamwork,” and “continuous improvement.”

Because of my work as the senior advisor to the Reuben Mark Initiative for Organizational Character and Leadership at Columbia University, I have had many discussions about corporate culture with Mark, who was the CEO of Colgate-Palmolive for 25 years. “It’s true that most companies’ lists of values are too long and that employees can’t remember them. They’ve got to be really simple and basic,” he told me in an interview. “Almost everything can be related to [Colgate’s] three values, so it’s simple and it’s inescapable.” And, in the conversations I’ve had with current Colgate executives, they often reference those three values without any apparent effort to remember them.

But other accomplished CEOs don’t believe that brevity is paramount. Jeff Lawson, head of cloud communications company Twilio and one of the most thoughtful CEOs I’ve met on the topic of culture, notes that there is another approach. His company has ten values.

“The question was always whether you’d rather have fewer of these things, because the fewer words you use, the more impactful they each are,” said Lawson. “Or do you want to have a longer list, because you can decide which principle is most relevant at a particular moment in time?”

I have looked at hundreds of lists of company values over the years, and though I’m not going to suggest that there is an ideal number of values, I do believe—and perhaps this comes from the 15 years I spent working as an editor at both the New York Times and Newsweek—that many of them could be shortened.

I propose using a simple filter to separate the ideas that are table-stakes behaviors, which should be expected of any employee, from the X factors that will really drive success and distinguish the company’s culture from all others.

Amazon provides a handy case study. One of the superpowers of Jeff Bezos, who over the course of 27 years built the company from a bookseller to a retail juggernaut, is his ability to simplify complexity in everything from customer experiences to supply chains. In his 2016 annual letter to shareholders, Bezos distilled the core ideas that give Amazon its edge. He referenced his foundational idea of Day One thinking to remind employees to always approach their work with fresh eyes. He also wrote, in response to a question from an Amazon employee at an all-hands meeting (“What does Day Two look like?”), that there were four essential elements that would help the company avoid stasis and decline: true customer obsession, skepticism of proxies (meaning always prioritize results over process), adoption of external trends, and high-velocity decision-making.

I propose using a simple filter to separate the ideas that are table-stakes behaviors, which should be expected of any employee, from the X factors that will really drive success.

And so, it seems like a disconnect when you see that Amazon’s leadership principles have grown to a list of 16 ideas. Yes, many of the values on that list are specific and establish clear norms of expected behavior. In one of my interviews with Lawson, he told me that his time spent earlier in his career working at Amazon was hugely influential in shaping his thinking about how to build an effective culture at Twilio.

And he can still remember the Amazon values. “Amazon is not for everyone—it has faced plenty of criticism over the years about its hard-driving culture—but there is no arguing that it has managed to make its leadership principles, including ‘invent and simplify,’ ‘bias for action,’ and ‘disagree and commit,’ part of everyday conversation in meetings,” Lawson said. Others on the list that help define Amazon’s secret sauce are “customer obsession” and “think big.”

Lawson added: “We all walked around knowing and saying and using them every day. They weren’t just words on the wall. They weren’t just rules about what you could and couldn’t do. They were trying to answer questions: How can we all be smarter? How do we get our jobs done together in a way that allows us to all understand what the other is saying? And how do we make good decisions?”

That said, many other entries on the list make my fingers start twitching to reach for a red pen, because they are the price of entry for any executive or employee. Doesn’t everybody, if they hope to stay in their job, have to “deliver results”? That can be said for many of the other values, too, such as “learn and be curious,” “be right, a lot,” “dive deep,” “insist on the highest standards,” and “hire and develop the best.” Other entries on the list that feel equally generic include “strive to be earth’s best employer,” “success and scale bring broad responsibility,” “ownership,” “frugality,” and “earn trust.”

I share the Amazon example as a kind of mirror to hold up to your company’s values. Are there ideas on your list that are table stakes and perhaps aren’t adding as much as others? Perhaps you don’t think the list needs to be recalled as easily as Colgate-Palmolive’s. But think of it this way: what if you could ask every employee, “How many of our company’s values can you name?” Whatever that collective score might be, the next question is, “What can the leaders of the company do to raise it?” That might include taking out the red pen.