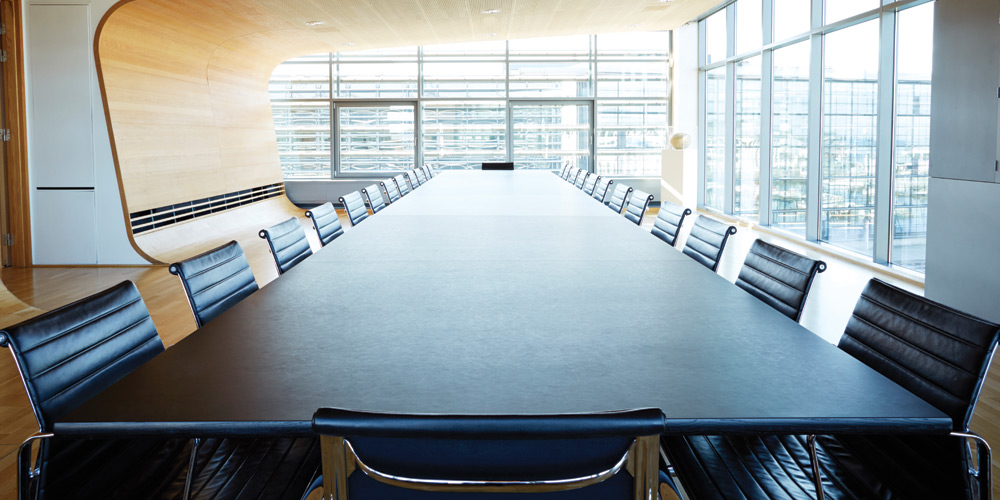 Calls to smash the glass ceiling are nothing new. For decades, scholars and analysts have urged companies to make their leadership, including boards of directors, more gender-diverse.

Apart from representing basic fairness, numerous reasons are cited for the need to increase the number of female directors. Studies have suggested that they are more diligent than their male counterparts about attending board meetings and tend to provide better fiduciary oversight. Gender-diverse boards invite wider opinions and make better decisions, the same research has shown. Further, a lack of women at the top is increasingly viewed as a weakness by investors, suppliers, customers, and prospective female hires. But progress in this area has been slow.

So although there’s an undeniable social aspect to the calls for more women in the boardroom, there’s also a strategic rationale. Indeed, several advocacy groups now publish annual reports on the presence of women on corporate boards in an attempt to keep the pressure on and garner media attention for the issue.

However, by a wide margin, it is still the case that most corporate directors are men. That fact, coupled with the “in-group/out-group” phenomenon — in which people favor in-group members over out-group members — has led to the repeated selection of men to board seats. And although there has been an increase in female directors in recent years — from 13 percent in 2008 to 19 percent in 2017 among companies on the S&P 1500 Index — the numbers are still a long way from reflecting gender parity. Further, that rise has been attributed, by some researchers, to the in-group factor: As more women attend elite universities and gain executive leadership experience, male board members are appointing women who are similar to themselves in these ways.

Meanwhile, the demands for greater board diversity continue, raising the question of whether external pressure from shareholders, media, and advocacy groups actually causes firms to appoint women to their boards. The answer is yes, a new study concludes, but there’s a catch: Firms under pressure to appoint female directors tend to do so by adding board seats, the authors found, rather than by replacing a male director. And these women are much less likely to serve on major committees after they’re appointed than men.

To arrive at their findings, the authors conducted an analysis of all firms listed on the S&P 1500 Index from 2004 to 2015, and the 1,543 women who were appointed directors to those firms. They gathered data on firm size and performance, institutional ownership, governance structure, and wider industry hiring trends. The authors also controlled for several variables that could have an outsized effect on female board appointments, including the presence of a woman on the nominating committee, the rate of director turnover, and the presence of other women or ethnic minorities on the board.

The authors found that external calls for greater gender diversity in the boardroom have a “positive but limited effect” on the influence of female directors. For example, firms that face pressure to increase the number of women on the board are more likely than other companies to add female directors — but typically through the addition of a seat, without swapping out a male director. Also, these newly appointed female directors are much less likely than their male colleagues to be named to a major decision-making committee — such as audit, compensation, nomination, or governance — within their first three years at the firm. So, quite simply, they have less power than the men they sit beside.

The authors found that external calls for greater gender diversity in the boardroom have a ‘positive but limited effect’ on the influence of female directors.

The authors point out that this phenomenon isn’t necessarily ill-intentioned, nor is it proof of gender bias. Firms, for example, could choose to add a female director via a new board seat simply because they want to add the director while keeping incumbent males as they seek to benefit from a blend of new and experienced perspectives.

But the fact that this practice is so widespread is hard to ignore. Because a majority of large firms now have at least one woman on the board (achieving “token” representation), the authors argue that it now becomes increasingly important to understand the factors that would lead firms to appoint even more women to boards. Further, the authors found that firms with multiple female directors — in other words, with a well-established boardroom culture of little gender bias — were less likely to add board seats when appointing new women to the board, but instead to replace incumbent members. These facts raise the question: Why do most firms add a seat rather than replace a male member of the board?

Although researchers have long known that women bring unique expertise and perspectives to board meetings and corporate governance, it’s less clear whether appointing female directors actually improves overall firm performance. Of course, part of the reason for this is that most female directors are far outnumbered by men in the boardroom, who may significantly weaken their influence.

The authors note that the external pressure for greater board diversity primarily comes from advocacy groups and the media. Although some investor activists and corporate governance reformers have championed an increased female presence on boards, it’s unclear whether investors would reward greater gender diversity. After all, there’s some evidence that investors react negatively to the hiring of female CEOs. Would they take a similar stance toward female board members? That question, along with many others on boardroom gender diversity raised in the study, remains for future research.

Why financial-services companies should set up their own talent exchanges
Gig workers present a major cost-saving opportunity. Engaging them in a smart way presents an even bigger one.
by John Garvey
Digital issue