When it comes to sports, men and women often compete separately. Biological differences between the sexes that affect size and strength create an inherently uneven playing field. It wouldn’t be a fair contest or much fun to watch men compete against women in, say, basketball or football. So, in the spirit of fairness, the different leagues for the different sexes make for equitable play.

But work — at least for those of us who aren’t professional athletes — is different, right? In the office or in a lecture hall, women are no less capable than men, biologically and intellectually. Yet gender disparity, equal pay, and other gender issues persist. Why? Even with programs that seek to create gender equality becoming increasingly common, men and women are working on an uneven playing field. Here are five ways the work environment is unfair, and what women — and men — can do about it.

The rules of the game aren’t the same. Imagine a soccer match in which the off-side rule only applied to one team. It would be no contest. And yet women and men are judged differently at work.

Take pay, for example. A recent survey found that men’s pay attracts a “fatherhood bonus” (i.e., men with children earn a higher salary than male colleagues without kids). Meanwhile, the research shows that when women become parents, they tend to suffer a “motherhood penalty” and are paid less than women without children. In fact, the more children a woman has, the more her pay suffers when compared to childless women peers. 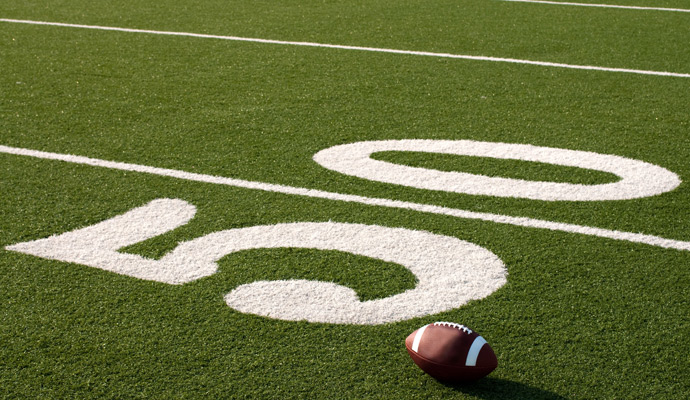 A renewed focus on gender pay gaps around the world should begin to fix this problem.

Scoring points can be harder for one team. Can you picture a basketball game where one side is shooting for a bigger hoop than the other? That seems ridiculous. But sometimes, “scoring” is trickier for women.

For example, it’s often expected that professionals will score the ultimate career goal of being made partner or reaching the C-suite somewhere in their late 30s to early 40s. Taking travel-heavy and challenging assignments in one’s early 30s are stepping stones to getting there. But this is not so easy if that’s the time you’re stepping back a little at work, or taking a total career break, to accommodate the demands of looking after young children or older parents.

Women’s careers often take different trajectories than those of men. Organizations need to recognize that women might not be accelerating through the ranks in their 30s, but that they then can return with renewed energy in their 40s, ready for that next promotion. We encourage firms to be mindful of the different shape a woman’s career might take. Otherwise, they risk losing out on the best talent.

The referee is sometimes biased. Even if the rules of a game were the same for all players, the person in charge has to act in a way that’s fair. The referee has to call the game according to an unbiased perspective. But is that possible in the workplace?

The problem is that giving opportunities and promotions to the “best” candidate is often highly subjective. Those assessing who is “best” are the senior people in an organization — and most of them are men. As humans, we tend to favor those who are most like ourselves, so those in charge are often seeing the players through a biased lens, even if the bias is unconscious.

Behavioral economists Iris Bohnet and Daniel Kahneman have both argued that it is difficult to take bias out of the individual. Instead, they say, you need to take bias out of the system. Bohnet suggests anonymizing resumes and ranking candidates using the exact same interview questions, and checking job descriptions for gender-specific language.

The Spectator used this approach recently when advertising internships. The hiring managers didn’t use resumes as part of the application process, preferring instead to ask people to submit examples of their work. That’s how a 48-year-old mother of three boys ended up working alongside a couple of 22-year-old Cambridge graduates.

Each side doesn’t always have access to similar trainers. Imagine swim team with talented, experienced, and passionate coaches competing against a team with coaches who are phoning it in. No contest, right?

Informal coaching networks, great mentors, and formal and informal sponsors are all a crucial part of the way people get ahead at work. And in an environment where most of the senior people are men, it’s the men who tend to have the most access — not through the formal, managed networking programs, but through the informal and infinitely more powerful connections.

What if there were a specific effort to assign mentors to women who both have potential and made the decision to take a step back while they brought up a young family or took on another caring role? Women have a big part to play here in helping to ensure their assigned mentor is a good fit, using them strategically, and taking a long-term view about the position they want to play. And companies must also back this process or risk losing out on talented returning women.

People cheat and get away with it. In sports, foul play is called out. Drug cheats are banned. Surely there can’t be any deliberate “cheating” going on at work?

Women’s careers often take different trajectories than those of men.

Well, what about when someone goes part-time but is still given the same number of staff to mentor, appraise, and manage as a full-time person? Or when the leader of a team always calls management meetings at 8:00 am or 5:30 in the evening, knowing that a key member of the team has to fit in a school run?

We have met senior-level women who told us that their clients were given to others when they went on maternity leave. Fair and proper. What wasn’t quite so fair and proper was the fact that those clients were not returned when these women came back to work, which left them needing to build a client base all over again. Management and human resources must make it clear that this sort of foul play will not be tolerated.

Plenty of organizations are putting time, effort, and money into programs that are designed to create a more level playing field. However, without a proper understanding of where and how the current game is stacked against women, we will continue to engage in unfair play.