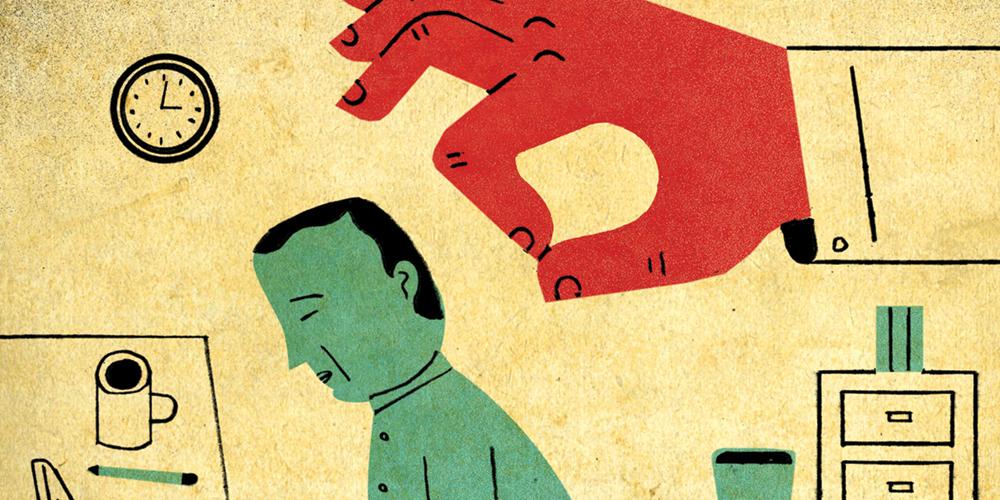 Bullying feels like a playground word. It’s the kind of thing we should have left behind with awkward school dances and braces and homework. And it is certainly the sort of thing that we adults should be above. But, of course, we’re not.

Trying to get a sense of the prevalence of bullying in the workplace—the adult version of the playground—is difficult. But researchers agree that bullying is an understudied and widespread problem; the data we do have seems to show that bullying, in the US at least, is on the rise: according to a January 2021 survey by the Workplace Bullying Institute (WBI), 30% of US workers reported being bullied, up from 19% in 2017. Bullying, as defined by the WBI’s survey, is a pattern of repeated mistreatment, abusive conduct, or work sabotage that humiliates, intimidates, or harms the targets and interferes with their ability to work. “It’s gotten worse,” confirmed Gary Namie, head of the WBI, which has conducted this survey every five years since the late 1990s.

While it should probably go without saying, I will say it anyway: there are no benefits to bullying in the workplace—not to the people suffering it or the employees witnessing it, and not to the company’s bottom line. It does not make organizations more competitive, weed out the weak, or give anyone an edge. It cannot be justified as “just the way things are done” or by the idea that because some workers dealt with it, everyone should—that it’s a kind of “paying dues.”

And more and more employees are recognizing that. Right now, we’re in the midst of a “great resignation” that’s driven in part by people no longer tolerating toxic workplaces. In an article published in the MIT Sloan Management Review in January, researchers Donald Sull and Charles Sull, of analytics firm CultureX, and Ben Zweig, of Revelio Labs, analyzed data from 34 million online employee profiles in the US Bureau of Labor and Statistics database, as well as 1.4 million Glassdoor reviews, and determined that “toxic corporate culture” was the single biggest predictor of employee attrition, ten times as significant as compensation.

And if one person takes a stand, others are likely to as well: some evidence suggests that quitting is almost as contagious as COVID—it’s called turnover contagion, a term used by academics to describe how the decision of one employee to quit can influence others to follow suit.

So, when word gets out that a company tolerates bullying, that organization is going to have a hard time keeping and attracting employees. With the talent wars raging, that’s not a position any business wants to be in.

What’s driving the reported rise in workplace bullying is complex, but it may be connected to the sudden exodus of employees from the office during the pandemic. Namie says that back when remote work was called telework—because it was literally done over the telephone—he noticed a trend: “There was always a higher level of aggression when the supervision was disembodied. When you do away with face-to-face, it gets a lot worse.”

Reams of evidence—both lived and scientific—underscore that people are less likely to self-censor some behavior when in online spaces, a phenomenon known as online disinhibition. Though this effect is most evident when people are anonymous, many of the conditions that enable it, such as asynchronous communication and the propensity toward cyber-incivility, exist in remote work as well. It’s easier to be mean when you’re hiding behind a screen. Hybrid and remote work also potentially make it easier to exclude individuals—keeping people out of a Slack channel is less of a challenge than keeping them out of a meeting room.

In addition to forcing employees out of the office, the pandemic also moved people out from under the watchful eyes of their supervisors. Not all organizations have managed the shift gracefully—witness the problematic rise of digital surveillance technology, also known as tattleware, that I explored in my last column. That employees were still productive without being watched (read: controlled) has put some bosses on the defensive. Increased employee freedom, Namie told me, “drives the insecure people, already behind a lot of the bullying, crazy.

“I feel supervisors and managers have a harder time justifying their roles…so they’re ratcheting up the aggression,” Namie continued, adding that in this new remote and hybrid landscape, aggression has increasingly included belittling and humiliating targets during group virtual meetings.

At the same time, remote work also blurred the boundaries between office and home, since these are often the same space now. “Before, you could easily cut off your personal life from your work life—you walk through the front door of your company's office, and you’re there,” Jana Morrin, CEO of Speakfully, a workplace reporting platform that enables employees to report harassment and bullying anonymously, told me. “Now, everything is happening all in one space. People see where you live; they can see your home.” That access to an individual’s personal life can and has provided would-be bullies with more sensitive areas to pick on; it can also make bullying feel more intense, because it’s never really left at the office.

Though the reported rise in bullying is troubling, there is a bright spot: people don’t seem to want to put up with it. As research demonstrates, the record number of people leaving their jobs in the last year was propelled by employees fed up with toxic work cultures. “We’re finally getting to a point that people are starting to believe and understand that you need to respect your employees,” says Morrin. “Companies need to start listening, or else they’re not going to have any employees left.”

It’s also possible that the rise in reports of bullying might not indicate that bullying itself is increasing, but rather that employees are now more likely to call out abusive behavior when they see it.

I’m not just being optimistic. According to Rachel Suff, senior employment relations advisor at the Chartered Institute of Personnel and Development (CIPD), the UK’s professional body for human resources, the institute's research has shown that more and more people are willing to challenge inappropriate behavior in the workplace. Exactly why has a lot to do with what the broader culture values now.

Young adults who grew up with anti-bullying messages in school are entering the workplace and are less willing to rationalize mistreatment as paying dues or dismiss it as a joke.

Young adults who grew up with anti-bullying messages in school are entering the workplace and are less willing to rationalize mistreatment as “paying dues” or dismiss it as a joke.

Younger generations also reportedly care less about earning potential than they do about maintaining a healthy work–life balance. “They care about being respected and being recognized,” says Morrin. “They want to do good work and do something that matters to them.” In that calculus, putting up with being bullied in the workplace simply isn’t worth it.

Namie, Morrin, and Suff also all point out that we are living in a moment in which entrenched, often protected, and systematic abuse is being publicly called out. Social movements—#MeToo, Time's Up, Black Lives Matter—are all putting a focus on the structures that uphold abuse, and on the individuals who perpetuate it. People who are standing up to abuse in the streets are far less likely to take it in the workplace.

Unfortunately, not all employers seem to have gotten the message. In the UK, a 2021 survey found that only half of British workers felt their organization took seriously complaints about bullying or abusive behavior. One of the more startling figures the WBI survey uncovered was that 63% of the actions taken by employers in response to reports of bullying just reinforced the abuse. Workers reported that their employers frequently denied or discounted their experiences, rationalized bad behavior as just the way business is done or as “banter,” or even encouraged it as somehow necessary for a competitive atmosphere. Ultimately, 52% of those surveyed said that the bullying stopped only when the target—not the perpetrator—left the job or was fired.

“What’s disappointing is the lack of effective action by some employers in resolving complaints when they are raised,” Suff wrote in an email.

Now that fewer employees are willing to buy into cultures that enable bullying—and a growing cohort of workplace leaders are learning, perhaps the hard way, that it’s in their best interest to root it out—change is possible. At the heart of this change is building an environment where bullies of any kind are understood to be unacceptable. “That happens over time,” says Namie, “when you stop letting them get away with it.”