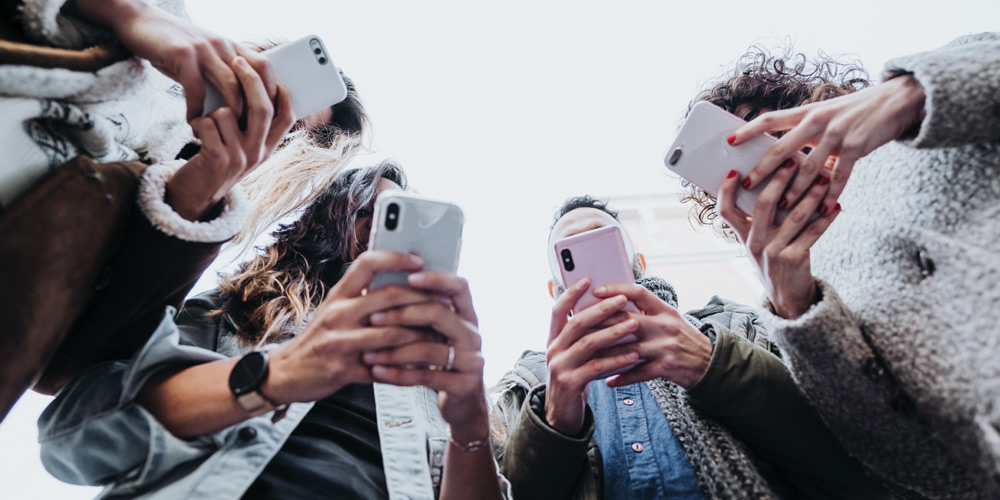 Mark Zuckerberg is trying to tell us something. The way he’s adapted Facebook’s mission over the years indicates that either online behavior has changed or the concept of a global digital enterprise spanning all of humanity might have been as wrongheaded as those 1950s visions of powering cars with nuclear fuel.

Turn the clock back five years. Back in 2014, Facebook’s mission was to “make the world more open and connected,” and the goal was to get everyone on earth online as one big global family. The vision sounded utopian. Maybe we’d all come to understand each other, and world peace would break out.

In 2017, Facebook’s mission changed to: “Give people the power to build community and bring the world closer together.” Zuckerberg explained that Facebook should be a place of many purposeful communities, not just a single big, vacuous one.

This year, after waves of privacy blowback affecting many different sorts of businesses, Zuckerberg is changing course again. He now sees Facebook as a “fundamentally more private experience.” It will foster secure connections between small groups of family, friends, and like-minded people. As for that global village thing: Eh, not so much.

Facebook has been a giant experiment in understanding humanity. It has proven that we actually don’t want to be part of a global community — we are instead a species of small groups and tribes. If you’re part of everything, you’re not invested in anything, and that feels bad. “Everyone, no exception, must have a tribe, an alliance with which to jockey for power and territory, to demonize the enemy, to organize rallies, and raise flags,” famed biologist E.O. Wilson wrote in 2012. “Human nature has not changed.”

Facebook has been a giant experiment in understanding humanity. It has proven that we actually don’t want to be part of a global community — we are instead a species of small groups and tribes.

In fact, as Wilson and others have noted, the more that humans feel like insignificant fleas among multitudes, the worse we behave. “Individual selection tends to favor selfish behavior,” Wilson wrote. “Group selection favors altruistic behavior.”

This phenomenon even alarms the inventor of the Web, Tim Berners-Lee. Massive, centralized platforms such as Facebook, he toldVanity Fair, have “ended up producing…a large-scale emergent phenomenon which is antihuman.” In fact, Berners-Lee is working on a new version of the Web that would favor privacy and small groups.

So what does this mean for business? For one, it creates an opening for a smorgasbord of social networks and social businesses.

“There should be social networks around every conceivable interest,” Gina Bianchini, CEO of the niche social networking platform Mighty Networks, told me. Some existing examples include Nextdoor (a social networking service built around geographic neighborhoods) and The Athletic (a sports journalism site where fans of certain sports teams can meet up to discuss the site’s stories). These sites don’t sell ads — they sell connections, content, and products. Bianchini calls this kind of business “experiential commerce.”

“The really exciting model is not one company to rule them all, but distributed companies and distributed wealth and revenue, and a social experience built around these supernodes,” said Bianchini, whose company is making a big bet that we’re headed in this direction. Some recent trends seem to bear it out. The number of niche social networks is exploding, and one of them — Pinterest — just went public.

Such fracturing of the online world is a headwind even Amazon will eventually have to battle. The bigger Amazon gets, the less it feels like it connects with your personal identity — even with algorithms that figure out what you’re most likely to buy.

Just as microbrews stole customers from giant, least-common-denominator brands such as Budweiser, niche retailers with strong identities are likely to be more of a challenge to Amazon than some other centralized behemoth. Entrepreneurs already see the opening. E-commerce platform Brandless, for instance, offers just one option for all of the products it sells. Type in grill spatula on Amazon and you get screen after screen of choices. On Brandless, you get one. “Part of the Brandless value proposition is that we do the curating for you," cofounder Tina Sharkey toldBusiness Insider. Another example is Brooklyn-based Greats, which sells a focused line of high-end sneakers made in Italy. Most sell out quickly, creating a scarcity that drives customers to buy instead of window shop.

Zuckerberg has long been prescient about our online behavior, seeing the opportunity for social networking when he cofounded Facebook in 2004, buying emerging properties like WhatsApp and Instagram, and riding their growth. Now, in moving away from the idea of one-world sites, the challenge for Facebook and other giants is that Zuckerberg seems to be right yet again.

Still, it can be disappointing when a utopian idea comes crashing down amid reality. It’s certainly a bummer that the 1958 Ford Nucleon never got built.