Imagine that your company is kicking off two projects. The first one entails the assumption of big risks, but it will pay off in a major way for the company if it succeeds. You need to pick one of your team members to run it, someone who manages risk well while under stress. The second project is considerably lower profile, and its manager will need to be someone who can operate autonomously in a situation where no level of risk is tolerable. Your top two lieutenants are a man and a woman. Whom do you pick to run which project?

If you use old gender stereotypes about risk aversion and risk tolerance to inform your decision, you’ll likely make a big mistake. Leaders who seek guidance in the old Men Are from Mars, Women Are from Venus paradigm will quickly lose their way, because when it comes to risk and gender, the relevant celestial orbs are Uranus and Neptune: two planets that are nearly the same size. Indeed, as Julie Nelson, an economist at the University of Massachusetts at Boston, notes in her book, Gender and Risk-Taking: Economics, Evidence, and Why the Answer Matters, 95 percent of the risk preferences of men and women overlap. 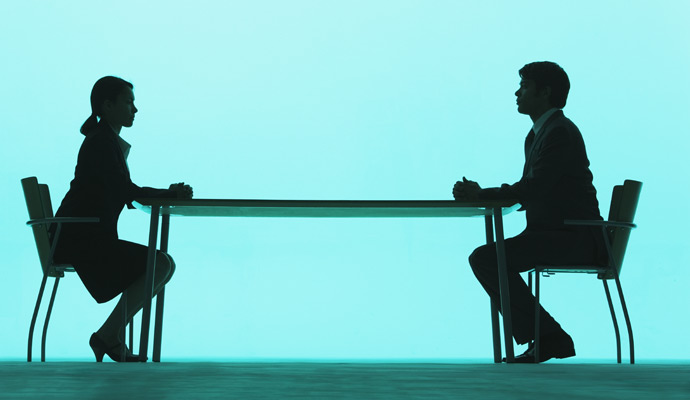 To put it another way: Recent academic research shows that the risk preferences of men and women are much closer than scholars used to think. In one example, a 2017 study of the venture-capital industry, no statistical difference was shown between male and female entrepreneurs on hard financial risk indicators such as the use of bank overdraft facilities, risk buffers, and collateral, as well as debt-to-equity, mortgage, and long-term borrowing ratios. And other studies demonstrate that organizational dynamics and the particular situation in question are more important than the gender of the decision maker in shaping just how risky the situation is judged to be — and how much of a chance the decision maker is willing to take.

Applying new statistical techniques to earlier studies on gender and risk, Nelson found that the data simply doesn’t support the stereotype that women are more risk-averse than men. In Gender and Risk-Taking, Nelson points to two problems with earlier conclusions.

First, there’s the well-known scourge of confirmation bias — i.e., researchers tend to favor and highlight data that supports both their assumptions and the existing body of research. That has led them to cherry-pick data and exaggerate small differences into large ones. Nelson notes that some researchers use strong words such as “fundamental” to describe what in reality are small variations in findings.

Second, Nelson says, many earlier studies ask the wrong questions. They focus on the “average” man or woman. In reality, however, the differences within genders are greater than the differences between them. “Women are far more different from other women, and men from other men, than average women and men are from each other,” Nelson told me in an interview.

Is this to say there are no differences at all? Not exactly. There’s a lot of variation among men and women within each gender: single and married, younger and older. In one study, single women showed higher risk preferences in financial investments than single men.

It’s also important to understand that the context and type of risk are important factors in explaining behavior. Research from Princeton University psychologist Elke Weber and her colleagues has shown that men and women may differ in the kinds of risks they are willing to take: Men may speed or drink heavily, for example, while women may be more likely to take social risks such as a big career change.

Risk behaviors also may change depending on the situation — for example, whether conditions are stressful and emotional, or whether there is space and time to make a well-reasoned choice.

The cognitive psychologist Therese Huston, author of How Women Decide: What’s True, What’s Not, and What Strategies Spark the Best Choices, has described research showing that when under stress, men make riskier decisions than women. She also cites studies suggesting that women are better at evaluating their own behavior in hindsight — which can better inform future decisions surrounding risk.

Just as decisions are made in groups, so too are risks assumed and avoided as part of collective action. In this context as well, beliefs about what is “male” or “female” behavior can be self-reinforcing, particularly when all team members come from similar backgrounds.

Generally speaking, the more alike members of a group are, the more likely that group is to show “risky shift” — the tendency to be extremely risk averse or aggressive. But this effect is influenced by whether a group is all one gender or mixed, and whether the participants are from cultures that emphasize the importance of individuals or groups.

Mixing genders in decision-making groups can produce better risk decisions. For one thing, assembling diverse groups can reduce the occurrence of “groupthink” — the tendency of homogeneous groups to reinforce one another’s opinion — and make it more likely that competing views are weighed.

Mixed-gender teams also have the power to reduce the impulse to conform to gender stereotypes, particularly those associated with the hypermasculine atmosphere typical of many Wall Street firms. “When you have a mixed group, pretty much by definition you can’t have a locker-room atmosphere,” Nelson says.

In fact, University of Reading researchers found that in some cases men are likely to tone down the risks they take — such as speeding and aggressive driving — when women accompany them. Other research shows statistically significant evidence that marriage makes men more risk-averse as investors than single men.

Stereotypes themselves can shape decisions, particularly in individualist Western cultures. Research from social psychologists at Ajou University in South Korea comparing Asian and Western risk preferences show that women are more risk-averse in groups than they are when asked individually about their risk preferences. The researchers argued that this was because when they were with others, women felt pressure to conform to traditional gender roles. If that theory is correct, it’s another important argument for fighting those stereotypes.

Similar behaviors may represent significantly different amounts of risk depending on the stakes at hand. Those stakes are not always the same for each gender. For example, a study from Yale University has shown that men and women face very different consequences when they make mistakes. Participants judged scenarios in which men and women made minor errors or no errors in jobs associated with traditional and nontraditional gender roles. In instances when women made missteps in jobs not seen as traditional for their gender — e.g., a police officer who doesn’t provide enough security at a protest — participants punished them more harshly than they did men who failed in nontraditional gender roles (e.g., as a president of a women’s college).

So when a woman reaches a certain point in her career, she may well have faced many more risks than a man at the same point, and thus has more experience evaluating big bets.

Freeing yourself from preconceptions about gender and risk can pay off for your business by improving the ways in which you make decisions, choose the right person for key roles, evaluate investments, and understand your customers.

So how can you use this knowledge? Sit down with your candidate or team member and have a frank conversation about what he or she thinks about risk, and how he or she has handled risky experiences in the past. Indeed, having deep, serious, and consistent conversations with your team about whether a risk is worth taking — conversations that include deciding whether a particular risk is a “good” or “bad” one, how much risk a specific course of action really involves, and what your team members’ natural inclinations toward risk are — is vital for organizations that wish to thrive amid uncertainty.