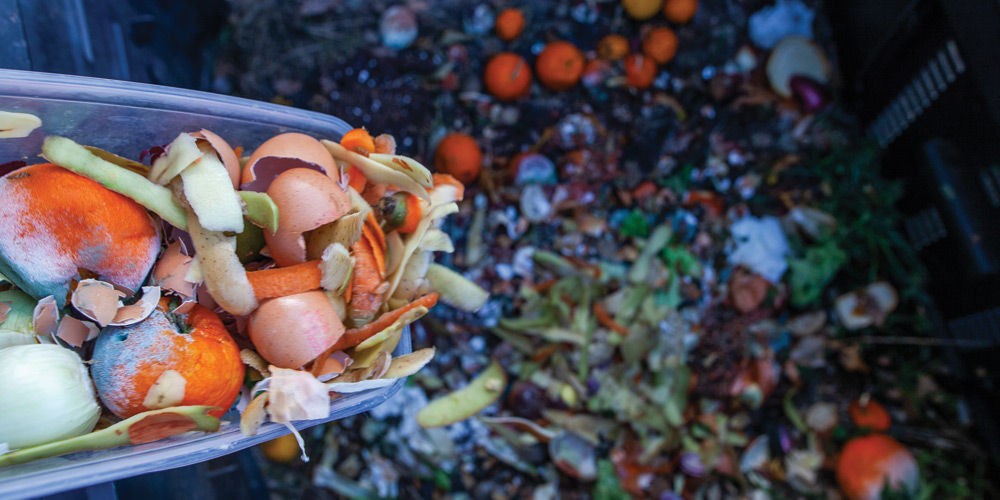 The facts are unpalatable: World hunger is on the rise, even as global consumers throw away more than a billion tons of food in total every year. The waste is especially extreme in developed countries. According to the Food and Agriculture Organization of the United Nations, a consumer in Europe or North America throws away more than 220 pounds (100 kilos) of food on average every year. That’s at least 10 times what a consumer in developing Africa or Asia tosses out.

A consumer in Europe or North America throws away more than 200 pounds of food on average every year. That’s at least 10 times what a consumer in developing Africa or Asia tosses out.

Can we do anything to reduce the glut in developed countries? The industrialized food system, with its enormous scales of production and distribution, pushes a lot of food on the market to drive consumer demand. But in recent years, there’s been growing consensus that preventing surpluses — versus finding something to do with the waste, such as donate it or recycle it into energy or animal feed — is the most effective path to sustainably ending hunger and malnutrition. For evidence of consensus, consider this: Halving per capita global food waste at the retail and consumer levels by 2030 is a key target of the U.N.’s Sustainable Development Goal 12, which calls for responsible consumption and production. 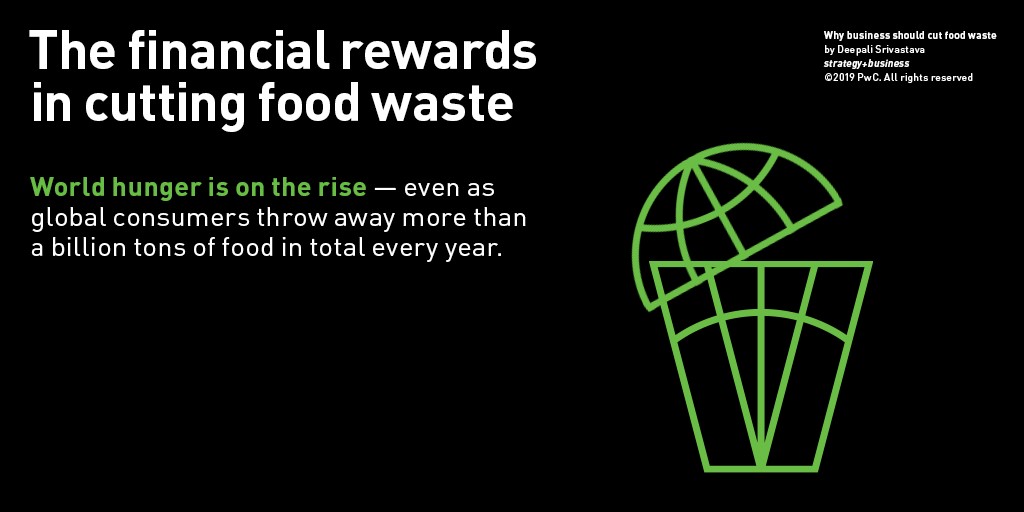 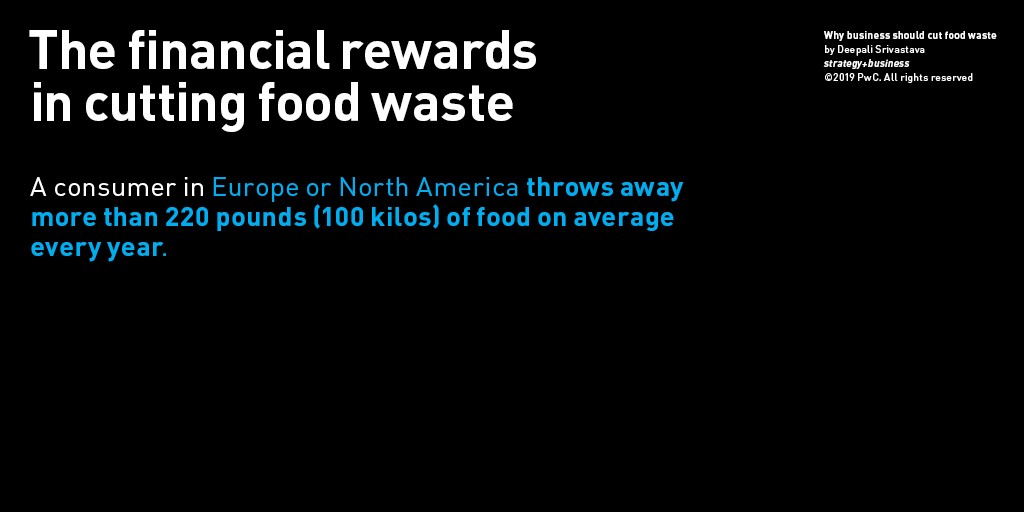 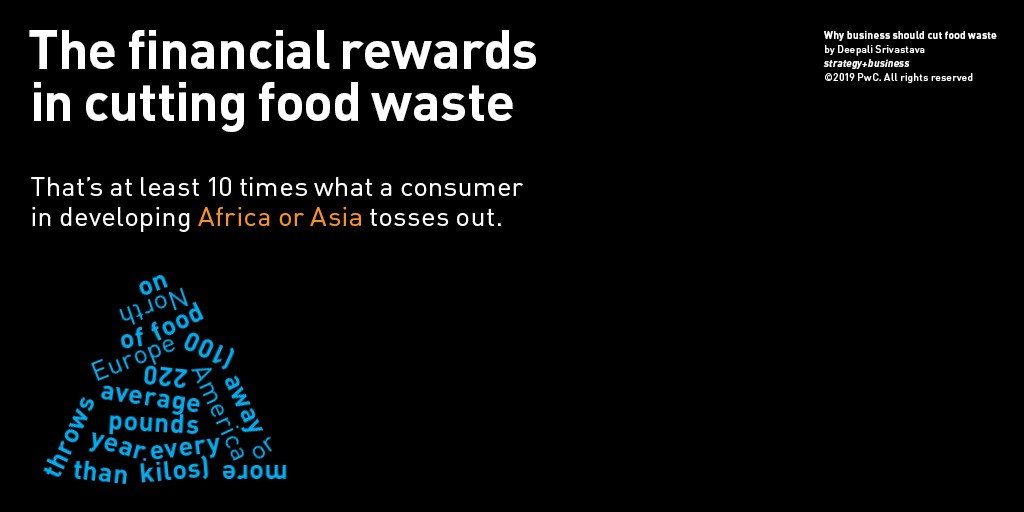 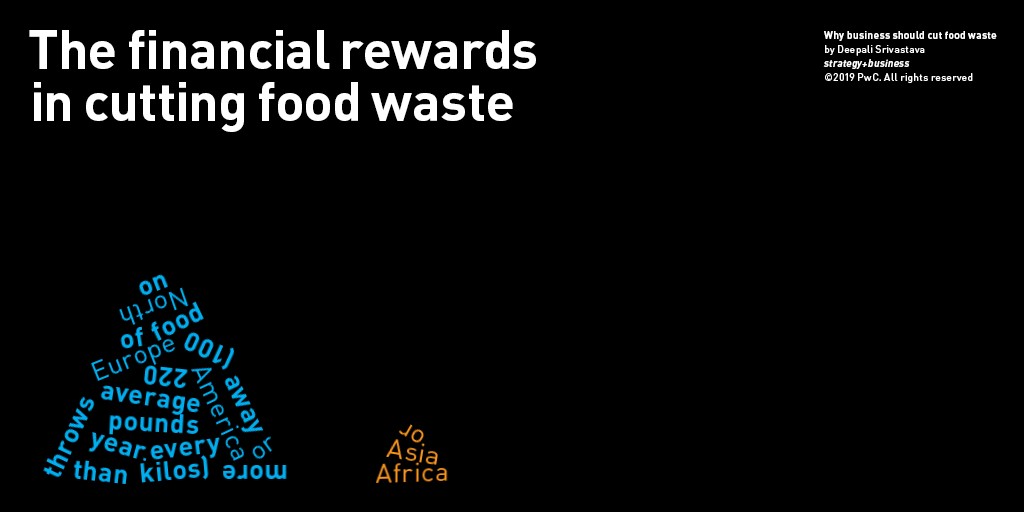 There are many reasons why prevention is the best cure for food waste. Minimizing surpluses helps conserve resources, such as land and water. Also, salvaging wasted food that’s healthy isn’t easy. Perishable produce is more likely to land in the dumpster than unhealthy, processed, and packaged foods, which find their way to soup kitchens. Then, there’s climate change. Decaying food in landfills generates significant greenhouse gas emissions. According to the World Resources Institute, if all of the world’s food waste were concentrated in the landfills of one country, that country would be the third-largest greenhouse gas emitter after the United States and China.

These are powerful incentives to transition to a system that better matches food supply to consumer demand. But there’s also a business case for minimizing food surpluses.

Why “less is more” for food companies

Champions 12.3, a global coalition dedicated to tackling food waste, analyzed 700 food manufacturing, retail, and service companies in 17 countries and found that half of those that invested in measures to reduce food waste saw at least a 14-fold return on those investments. Even more interesting was the finding that big payoffs came from small changes — such as consumer education and clear date labeling — that helped minimize food surpluses close to the consumption stage. Similarly, in an analysis of more than 25 food-waste solutions in the U.S., think tank ReFED found that the most cost-effective, high-return initiatives tend to be aimed at preventing food surpluses.

As new technology, consumer demand, and margin pressures continue to evolve, the financial benefits to businesses of reducing food waste and specifically focusing on surplus prevention are becoming even more clear. Here’s why.

Grocery retail of the future needs to be lean and green. For years, grocery retailers have enticed consumers with giant piles of fresh, cosmetically perfect produce. Their inventory management systems are set up to reduce stockouts, not surpluses. But grocery retail is a low-margin business facing disruption from e-commerce. And digital grocery is changing everything. For instance, we could soon see a ply-your-wares model in which fiercely competitive sellers match supply and prices to consumer demand in real time. Another sign of changing times is that brick-and-mortar grocery stores are experimenting with algorithm-based dynamic pricing like what we see on Amazon. Albert Heijn, the Netherlands’ largest supermarket chain, is testing a dynamic pricing solution to automatically lower food prices as items near their expiration date.

But not all of these lean, green solutions are high-tech. In the U.K., Tesco’s food waste hotline gives suppliers a way to alert the supermarket to any fluctuations in supply and allows it to change package sizes and prices in response. Tesco is among the few retailers worldwide that tracks and reports food waste, a trend that could pick up as automated waste-tracking solutions, such as those provided by U.S.-based companies Leanpath and Winnow, catch on.

Food-tech startups are sizzling. Everyone’s heard of food-delivery giants, such as India’s Swiggy, Germany’s Delivery Hero, and America’s GrubHub. But less sexy startups are quietly transforming our food system by creating efficiencies throughout the food supply chain. Wasteless, the Israeli startup behind the dynamic pricing engine of Albert Heijn, raised US$2 million within a couple of years of its inception. After launching in Europe, the company now has its sights on the U.S. market. U.S.-based Apeel Sciences, funded by major Silicon Valley investors, makes an edible plant-based coating out of discarded produce that extends the shelf life of supermarket fruits and veggies. Investment in food-tech companies like these is shooting up. According to ReFED (pdf), a quarter of all philanthropic food-waste funding last year went to surplus-prevention solutions, up from just 6 percent in 2016. Private foundations will fuel even more venture capital and private equity funding in this space by supporting research and grants aimed at minimizing food surpluses.

Consumers are craving something different. There are many reasons that consumers care about wasted food. Some prioritize the issue because of their feelings about health and the environment, and others just don’t like throwing money away. But concern about waste is everywhere. For instance, meal planning tips to help consumers buy only as much food as they’ll need abound on social channels and apps. Denmark cut its food waste by 25 percent within five years after one consumer sparked a nationwide movement via Facebook. In May 2019, New York City held a zero-waste food challenge, in which the city’s top chefs competed to make the best zero-waste dishes. Leading hotels also are experimenting with ways to prevent food surpluses while improving their customer experience. One simple trick is to substitute excess with luxury. Overflowing breadbaskets at the hotel buffet are out, for instance, and smaller selections of warm, fresh rolls are in.

At a policy level, too, focus is shifting toward minimizing food surpluses. It’s a key component of the E.U.’s Circular Economy Action Plan. It’s also the U.S. Environmental Protection Agency’s top strategy for tackling food waste, in support of the United States’ policy to match the U.N.’s goal and halve food waste by 2030. And the U.K., which had considerable success with a nationwide “Love Food Hate Waste” campaign between 2007 and 2012, now has a government-appointed food surplus and waste champion in businessman and philanthropist Ben Elliot.

Restaurants, retailers, and other consumer-facing businesses may be adopting these new practices and systems to cut costs and increase revenues, but they’ll also get a more realistic sense of demand from these changes — and therefore reduce waste throughout the supply chain. The world has set bold targets for food-waste reduction. Business has every reason to feed this ambition.