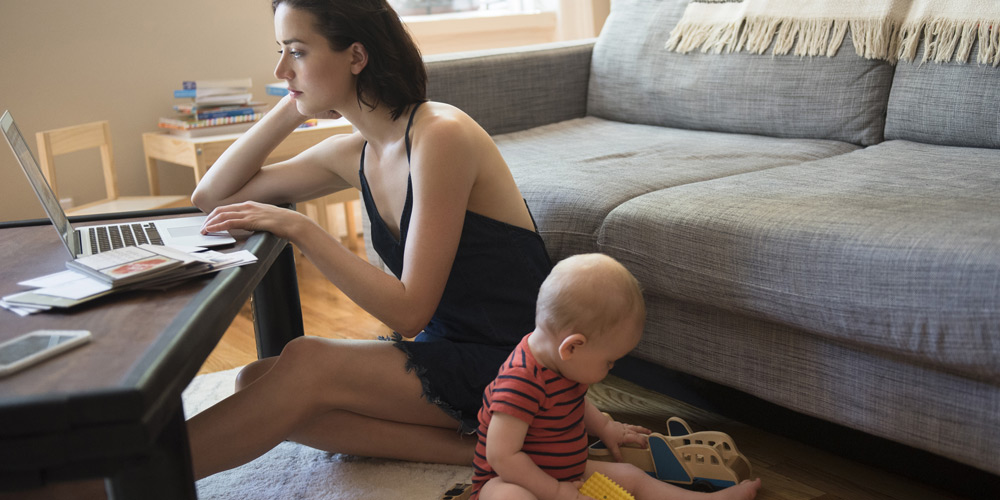 When you hear the word work, what comes to mind? Is it an office or another type of work site? For many people, that’s the case. They equate the concept of work with being at a physical location.

Working with businesses on issues involving gender equality, flexibility, work–life balance or integration, and other best practices, I often find that many managers, sometimes subconsciously, still think of work as a place someone goes to. They’re aware it’s possible to get work tasks done remotely. But many are distrustful of telework. They believe they can only be sure their team members are working when they’re in the office.

Both halves of this assumption are wrong. People are often even more productive when working from home. And being in the office does not guarantee productivity. It’s perfectly possible to be at your desk in the office, staring at your computer, and not produce a thing.

We’ve long been in need of new metrics for productivity. And that need is all the more glaring now that so many people have been forced to work remotely — many for the first time. I recommend that companies start judging employees not by the hours they put in, but by how much they get done across a month, a quarter, or any other block of time. Often, these businesses find that the most productive workers are, in fact, not those who spend the most time at their desks. They are able to work efficiently, avoid many distractions, and power through tasks, sometimes while keeping a nontraditional schedule.

As Sarah Green Carmichael noted in the Harvard Business Review, a Boston University study found that “managers could not tell the difference between employees who actually worked 80 hours a week and those who just pretended to.” Still, the assumption that long hours make for greater productivity remains widespread. It’s preventing businesses from recognizing who many of their best employees actually are. And it’s blocking advancement toward gender equality.

In an interview for my book, All In, researcher Joan Williams explained that an unhealthy ritual still permeates the workplace, in which “the way you signal that you are a go-getter…is by having the biggest schedule.” Women with children, who tend to shoulder more domestic responsibilities, are less likely to work lots of extra hours. And men who put in extra hours at work after having a child often end up effectively receiving a so-called fatherhood bonus, while fathers who demonstrate a commitment to more time with their families are penalized.

To end the old idea that longer hours in the office makes for a better worker, I’ve been using a line when I speak to groups in the U.S. or around the world: It’s time to think of work not as a place we go, but as a thing we achieve. I’m hardly the first to say this. In fact, PwC South Africa put it like this: “One way of obtaining higher performance from people is to move from viewing work as a ‘place’ to instead viewing it as results that need to be accomplished, and for which someone is responsible.”

Many people have also said something similar: that work should be thought of as a thing you do. But to me, thinking of work as something you accomplish, rather than an act you’re engaged in, is an essential difference. It means judging results, rather than the amount of time it takes to reach those results. The COVID-19 era offers us an opportunity to finally redefine work. Many businesses quickly shifted to encouraging remote work — partly because executives and managers are themselves discovering its benefits. Businesses have seen their employees show dedication and productivity during the lockdowns and can learn from this to set aside notions of how long an employee is sitting at a desk (in a home office, of course), and instead focus just on what they’re getting done.

Thinking of work as something you accomplish, rather than an act you’re engaged in, means judging results, rather than the amount of time it takes to reach those results.

Unfortunately, many businesses don’t seem to be taking the opportunity. Instead, they’re still judging workers the old way. Some businesses are turning to surveillance software and always-on webcams to track what their employees are up to, the Washington Post reported, noting that the dream of working from home could, in this way, become “a nightmare.”

One woman told NPR that her business is using a tool to download videos of employees’ screens, enabling their webcams to take pictures frequently, and even sending messages warning “we’re going to pause your time” if their screens go idle for a few minutes.

Of course, many jobs pay by the hour. And in some others, being “on the clock” is crucial. If you’re a customer service agent fielding live calls, for example, you probably cannot expect flexibility. But millions of jobs can be done well at any time of day and potentially even offline.

When businesses embrace this new view of work, they discover, reward, and focus on retaining their most productive employees. They also change the culture from one that prizes long hours to one that incentivizes results. Everybody wins.