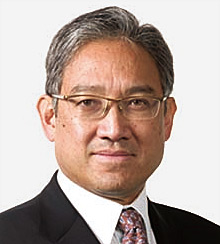 You’d think that in a recession, the middleman would be the first to go. It turns out that’s not quite true — at least, not if the middleman is so efficient and streamlined that it delivers more than enough savings to earn its keep. As an illustration, consider Li & Fung Ltd., a century-old Hong Kong–based sourcing company. Since the downturn began, Li & Fung — which manages a 40-economy sourcing network covering clothing, home furnishings, household products, sporting goods, and more — has attracted more than its share of new customers. Such brand names as Liz Claiborne and Talbots have joined Tommy Hilfiger in choosing to eliminate their in-house procurement programs and instead trust Li & Fung’s expertise in supply chain management.

William Fung, Li & Fung’s managing director, calls his company’s recent record “flat-world success”: the old-fashioned infrastructure is gone, replaced by fluid networks that can design, manufacture, and distribute almost anything, anywhere, and on any timetable. That strategy has transformed a company that began life in 1906 as a trading outfit for Chinese silks, porcelain, and tea in Canton (now Guangzhou) into a US$14 billion organization, the focus of seven Harvard Business School case studies. Fung and his brother, Victor (who is chairman of Li & Fung), coauthored Competing in a Flat World: Building Enterprises for a Borderless World (Wharton School Publishing, 2007). Recently, William Fung discussed with strategy+business his ideas about new rules of supply chain management and the impact on global sourcing of Chinese factories, consumers, and currency policies.

S+B: How radically is the nature of global supply chains changing?
FUNG: Supply chains don’t stand still anymore, the way they used to. You could say it all began in Hong Kong after World War II. A million refugees from China provided the labor to make garments, shoes, wigs, plastic goods, toys, things like that, and ship them around the world. But after two or three decades, Hong Kong priced itself out of the market. Labor costs got too high; the standard of living kept rising. So there was a migration of manufacturing to Taiwan. I remember in 1972 setting up our Taiwan operation, and after six months my staff said, “Mr. Fung, we don’t know why you came to Taiwan, because we’re finished here. Everything’s gone to Korea.”

So we set up in Korea. And pretty soon the Thais, the Indonesians, the Filipinos were all getting into this game. Production wasn’t just jumping from market to market. There was a much more subtle process than that, more like an amoeba. Labor was cheaper in Taiwan, so the Hong Kong factories decided to send their sewing there, while Hong Kong still manufactured and shipped the final products. What we had to do as a trading company then was to secure the fabric and the yarn in Hong Kong and ship it to Taiwan. Soon we were also getting fabric from Japan and the U.S., such as denim, and sending it to Taiwan as well. We were building a system of dispersed manufacturing in which different parts were being produced in different places. That’s the norm now, but it was very new in those days — and that system needed fairly complex supply chains.

And the supply chain continues to become more mobile all the time. Today, a supply chain that produces an item in November may look completely different from one that produces it four months later. Price and speed and raw materials all have an impact. The cheapest way I know to produce a men’s shirt now is to get fabric from certain parts of China, ship it to Bangladesh, and make the shirt there; it may be ready for the fall season. But if that style really started to sell well and you wanted to reorder in January for February or March delivery, I would take the same fabric and make it in Shanghai, more expensively but more quickly and reliably.

S+B: And as supply chains change, so do the tactical models of manufacturers?
FUNG: Absolutely. Companies are moving to much more flexible manufacturing systems. John Hagel, of the Wharton School at the University of Pennsylvania, talks about companies orchestrating networks of supplies and suppliers rather than controlling everything themselves. For labor-intensive types of consumer goods, you may have to go thousands of miles away from the home base to source in countries like Bangladesh and India and China. You can offshore your operation, but how well can you manufacture in those places compared to a local guy who knows the ins and outs? Because of the distance and the difficulty of the management challenges, you’re always the most expensive manufacturer in that country. So you’re probably going to go from offshoring to outsourcing before long.

S+B: How does this network of suppliers affect trade data, such as the enormous U.S. trade deficit with China?
FUNG: The existing measurements of trade are very much antiquated. When the president of the United States says, “We’re running a trade deficit with China,” he’s working off an erroneous base for measurement. The way we determine a product’s country of origin is based on something called “major transformation,” rather than value-added processes. If the major transformation is final assembly, and that occurs in China, the product will be said to be made in China and exported back to the U.S. — even if most of the value of that product is actually manufactured in the United States. In other words, under that system of measurement, the country that gets credit for making the item may not be the one that gets the majority of the economic benefits.

For example, look at a laptop today. Chances are that the monitor is made in Taiwan, the memory is from some plant in Penang, the assembly might be in China, but “Intel Inside” is the most expensive component. Because it’s assembled in China, they slap “Made in China” on it, and it becomes part of the U.S. trade deficit with China.

S+B: How does the vast Chinese consumer market affect global sourcing and manufacturing?
FUNG: The Chinese consumer is someone the world is suddenly paying attention to. The sheer size of the market, 1.3 billion people getting middle-class status, is going to transform the world eventually. But not yet. You’re currently talking about $10 trillion in consumption for the U.S. market and $1 trillion in China — it’s one-tenth. The world has to rely on getting out of recession by having American consumers start spending again.

In China, there has always been a dichotomy between the industry that supplies the domestic markets and the industry that supplies exports, world-class products. If you were setting up a world-class factory in China, for example, you could set it up tax-free, but you couldn’t do so if it were for domestic products. Also, the export sector has been whipped into shape by companies like ours and customers around the world who demand compliance with rules or standards involving technology, speed of response, quality, health and safety, the environment, and other issues. The domestic side is not faced with the same compliance issues. So the hundreds of thousands of factories supplying the domestic market are generally of lower quality.

The big thing in China that will provide its next growth is to satisfy the local consumer by merging these two sectors. There’s resistance to this. A lot of the suppliers for the domestic market don’t want other companies to compete with them, and a lot of these domestic suppliers are owned by local governments. Eventually, though, the central government will encourage the merger of these sectors; that will create a lot of economic activity and will eliminate some of the weak players. When that happens, the domestic market in China will be supplied not only by Chinese companies but also by many more goods made around the world. Chinese consumers are like any other consumers; they just want the best product their money can buy, whether it’s from India or China or anyplace else.

S+B: Is China’s low renminbi–dollar exchange rate affecting its competitiveness?
FUNG: Everyone thinks China is such a juggernaut, but it has a serious weakness, one that reminds me of Japan in the 1970s and ’80s: a lot of production capacity, but no raw materials. China has some cotton but is still importing a lot from Pakistan and the United States. It has almost no wood. All the metals are imported. The only energy source China has in abundance is coal, which is highly polluting. China is very vulnerable, because it is subject to worldwide fluctuations in the prices of raw materials.

When the RMB [renminbi] appreciated [in 2005–07], China fell into a fairly uncompetitive situation. Now, China believes that it can be competitive if its industrial base, especially for exported goods, moves away from the high-cost coastal regions and into the interior. Until that happens, China is unlikely to let the renminbi appreciate, because doing so would put the country in a position of being vulnerable to changes in materials prices.