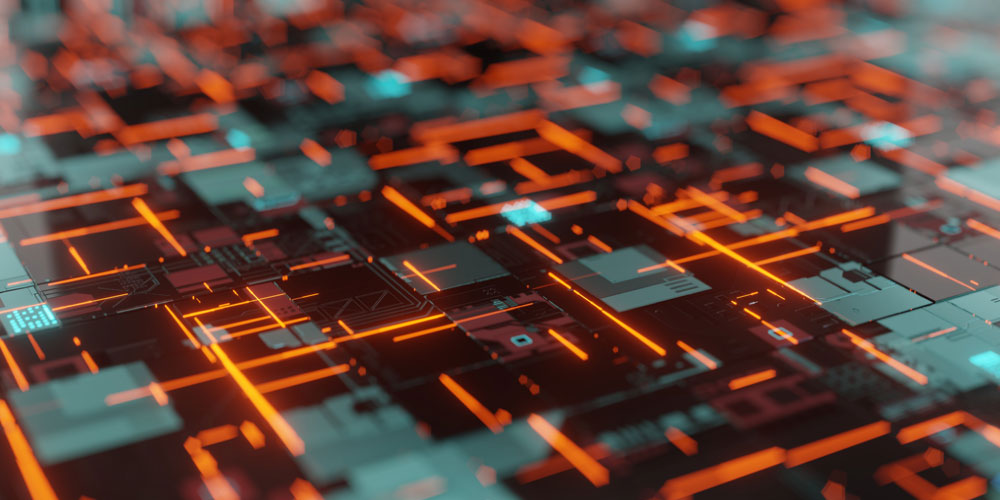 Futureproof: 9 Rules for Humans in the Age of Automation

We have all heard the warnings that invading armies of robots are going to steal our jobs. Few industries are safe; legal clerks and translators are as vulnerable as supermarket cashiers and long-haul truckers. We have been told that mass technological unemployment will necessitate a universal basic income. We have also heard the opposing view: that humans have absorbed waves of automation before, and that we have used the time liberated by technology to generate new, more stimulating professions that have improved our standard of living. But what if neither of these scenarios is accurate? What if automation displaces millions from their jobs while at the same time improving healthcare diagnostics and slowing climate change? How do we thrive in this kind of hybrid environment? 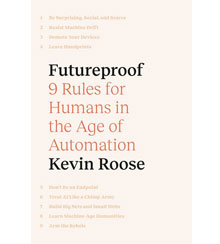 Striding into this middle ground is Kevin Roose, a technology columnist at the New York Times. He describes himself as a “suboptimist” about AI. On a 10-point scale, with 1 being not at all fussed and 10 being convinced of a coming AI-driven apocalypse, he stands at “a 2 or a 3” about the technology, but “an 8.5 or a 9” on the people behind it. For the past three years, Roose has handed out Good Tech Awards to people and organizations that have harnessed the power of technology to tackle major problems. Winners include an atmospheric scientist, Christa Hasenkopf, who founded an open-source platform that records air-quality around the world, and the owners of Visabot, a Facebook messenger chatbot that helps immigrants through the visa application and extension process. However, he believes that his award winners are outnumbered and overshadowed by executives who see technology as a conduit for maximizing profits. Unless we challenge them, he argues, the labor market will become more precarious, more discriminatory, and less enjoyable. In Futureproof, with honesty and good humor, he attempts to correct some faults in how we think about AI and suggests ways we can make the most of our advantages.

The first half of the book contains some revealing insights. Roose thinks it is wrong to expect AI to eliminate whole categories of jobs. Almost every role contains tasks that tech could do better than people and requirements that are very human. In journalism, robots could be taught to summarize an earnings report for a newswire, but not conduct an investigation into public-sector corruption. AI can scan X-rays for abnormalities, but it can’t reassure worried parents about their child’s prognosis. We should also challenge our assumptions about what robots are capable of. Designers are struggling to replicate the actions of a human hand, which makes shelf-stacking hard to automate. But designing clothes, a more creative endeavor, is well within their grasp. “The fallout from automation probably won’t be as tidy as watching some occupations go extinct while others survive without a scratch,” Roose writes.

Nor will automation look the way we expect it to. An invading army of seven-foot Terminators is not going to appear on the horizon. But we already are surrounded by “boring bots” — algorithms sold by tech firms that can slot into companies’ existing infrastructure and can perform tasks currently carried out by white-collar workers, such as managing payroll and operating databases. They concern Roose for two reasons: the speed with which they are being deployed, which he believes threatens a mass displacement of workers, and the potential for hidden discrimination or bias, especially when they are used to make vital decisions, such as the eligibility of individuals for government benefits.

We already are surrounded by ‘boring bots’ — algorithms that can perform tasks currently carried out by white-collar workers, such as managing payroll and operating databases.

Roose is also critical of automation that just isn’t very good. Firms have saved money by installing self-checkouts in supermarkets and automated systems in call centers. But neither is capable of functioning without a human nearby and neither saves the user any time. His speculation that shifts to such “so-so automation” may be behind the slowdown in productivity growth in advanced economies over the past two decades is an interesting theory that warrants more exploration.

So what do humans have going for them in their battle against technology? Three main abilities: to cope with changing circumstances, to meet the emotional needs of others, and to possess unusual talents. The second half of the book consists of steps we can take to make the most of these attributes. They fall into two rough categories: reasserting our control over the tech we use and slowing down.

Pushing back against technology is hard. Roose’s chapter on his attempt to break his phone addiction will make you squirm in uncomfortable recognition. But limiting the dopamine drip from social media apps “is what will allow us to create the mental space and clarity of thought we’ll need in order to do the kinds of work the future demands of us.” He invites us to think of AI as a “chimp army,” with the implication that installing untested algorithms into your workplace is akin to inviting a troop of monkeys to run an office. He cites several examples of businesses duly trashed by untethered AI, including a T-shirt design company (where the algorithm created slogans such as “Keep Calm and Hit Her”) and a trading firm (where an incorrectly installed automated system created losses of US$440 million in less than an hour).

It is also easy to accept Roose’s second batch of recommendations, centered on slowing down to enhance creativity. He recommends that we reject hustle culture, work close to others, and put friction back into our lives by varying routines and making conscious choices in our free time. Yet there is also a nagging sense that this advice is given by the privileged and delivered to the fortunate. For the majority of workers, automation reduces the control that they have over their lives. It is great to eschew the hustle, if, like Roose, you are compelled to do it by a self-perpetuated fear of becoming obsolete. But for many, side-hustling is necessary to pay the rent. Likewise, walking an indirect route to work assumes the gift of time to meander. It is worth reading Futureproof alongside a study such as James Bloodworth’s Hired: Six Months Undercover in Low-Wage Britain for a more complete picture of how automation is changing working lives. But for those able to put limits on how technology is altering their humanity, Roose’s ideas merit some thought.

Topics: algorithms and strategy, artificial intelligence, business books, innovation, technology
The business insights you need to succeed. Get s+b’s best ideas delivered to your inbox twice a week.
Sign up         No, thanks