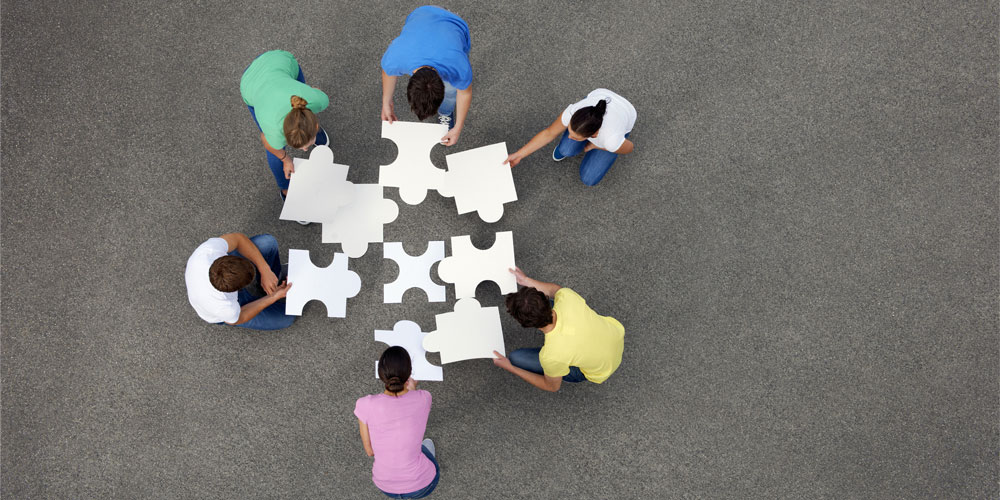 Innovation is frequently associated with product development, whether it was Henry Ford’s mass-production of the Model T leading to vastly improved assembly lines or Steve Jobs building that first Apple computer in a garage in Los Altos. But innovation also plays a role in the seemingly mundane but vital activity of solving day-to-day operational problems. If salespeople are chasing the same leads or if scheduling shifts for care workers is confusing and capricious, it can damage productivity and demoralize staff. And rather than rely on processes or work orders to address such issues, companies often find that spontaneous, interactive, and collaborative brainstorming moments can deliver a solution. When communication suffers, so does innovative problem-solving. And because the forced move to remote working has sharply impacted the capacity for gatherings around the watercooler (or coffee machine or foosball table), the potential to engage in problem-solving has declined as well.

Two things have to happen to remedy the situation. First, you need to identify how communications between colleagues are failing. Second, you need to be proactive to restore them in ways that will encourage people to collaborate, innovate, and share ideas about concerns. There are ways to do both.

Data helps raise red flags. PwC’s internal survey of 599 people working in B2B businesses conducted in April 2020, close to the onset of the pandemic, showed that 40 percent of workers believe that the ability to collaborate across their organization had decreased since COVID-19 began, and 27 percent reported that their ability to be innovative had deteriorated. We corroborated that finding with a separate look at more data from 2,500 people in a range of industries and regions, a representative sample of those using PwC’s Perform Plus collaboration tool, which allows people to log their concerns. We used a machine-learning algorithm to sort thousands of problems into different categories, then cross-referenced the information to understand if teams within organizations were sharing problems. It turns out they weren’t. Before lockdown, duplication of effort happened for about one in five problems raised (21 percent). But during lockdown, when communication was spottier, the rate of duplicated problem-solving efforts increased to 30 percent.

The good news is that structured collaboration tools can help identify when things change. The Perform Plus software platform is designed to get people together regularly in huddles around a whiteboard or virtually during the pandemic to review their performance, and discuss their focus for the day and any issues they want to raise with managers. Among teams that used it, it helped to drive daily discussions about concerns and well-being (among other things), and when red flags were raised, the stats on duplicated effort improved, falling back to 20 percent (see chart below).

Where there’s a will

Establishing where there is a lack of communication only gets you so far. The next step is coming up with strategies to solve the day-to-day problems that good communication brings to the surface. Collaboration and innovation are needed to eliminate duplicate problem-solving efforts. As the business world moves to a hybrid working model, there will be fewer spontaneous encounters overall than there were when people were in the office five days a week. Consequently, we need to develop new ways of creating virtual watercooler moments that result in collaborative innovation. Doing so will require new ways of working for all team members and across organizations.

Here are four practical ways to help boost creative innovation in a virtual world that will work now, when people are out of their offices, and when they return.

1. Quantify the collaboration challenge in your organization. To understand how people in a team solve problems, you need to measure the health of collaborative activities. This is no easy feat. Isolation can magnify tendencies to go it alone. Imagine an office with no break rooms, no canteens, or no corridors for chance encounters. That’s the remote environment. Having regular check-ins and recording outcomes is crucial, since it is the only way management can understand where collaboration is faltering.

We saw how a U.K. social care organization was having a hard time optimizing and managing its on-duty (i.e., emergency response) rotation remotely. With a team made up of both staffers and volunteers, all working from home, communication was random. Some workers believed they were only supposed to be on standby, so they did not set their status as “available”; others who were not on the roster that day continued to check in because they were worried that some shifts weren’t covered. Over a period of 11 months, across 13 teams, 120 problems were raised around duty management, an average of 11 per month. When this data surfaced, via the daily check-ins, the group was able to focus as a team on how to improve things.

2. Build a virtual watercooler. Lean into spontaneity. In the 1970s, research studies demonstrated that there was a sharp drop in communication among technical workers as the physical distance between them increased. Even if your organization is transitioning to a hybrid work schedule, the experience of remoteness is likely to persist, because not everybody will be present at the office on the same day. If this is happening, experiment with how to create impromptu exchanges in a world where everything, down to virtual coffees or Friday beer nights, is planned.

Intranet-based chat rooms, like those on chat group apps, where topics can be raised and discussed openly, are one option. And other less structured solutions are beginning to appear that aim to build spontaneity into the virtual world. There are apps, for example that replace the usual on-screen grid of people sitting at home office desks with virtual maps, sometimes superimposed over parks, where people can move themselves around, explore, and interact with others. Such an interface makes online conversations more interesting and makes unplanned watercooler moments more likely. If one solution isn’t working, experiment with others.

3. Slow down and embrace different perspectives. Your workforce is made up of individuals who have both breadth and depth of experience. Give them time during virtual check-ins or meetings to deconstruct the problems they face and reframe them. One advantage of a remote working environment is that geography is a non-issue, so you can include far-flung employees who will bring more perspectives to the exercise. Encourage individuals who may be quiet or shy to share their ideas. Leverage the diversity of thought that surely exists and make everyone’s voice heard.

Collaboration and innovation are needed to eliminate duplicate problem-solving efforts. As the business world moves to hybrid working, there will be fewer spontaneous encounters than there were when people were in the office five days a week.

“There are a range of simple yet powerful tools anyone can use to slow down and increase participation in group ideation,” says Amy Lonton, a facilitator at The Difference, PwC’s specialist group that helps teams solve complex issues collaboratively. Even in a virtual world, use basic online sharing tools or simply ask participants to use pen and paper. Remember, the quality of the idea is less important than the conversation it stimulates. Lonton suggests asking people to write down their first, instinctive response to a challenge. Not only does it give quieter voices a chance to contribute but it flattens hierarchies. “It actively encourages divergent thinking and signifies desire for collaboration over perfection as you look for solutions. We have a saying in our work: ‘Slow down to speed up.’ This is about slowing down and holding back from solutions and possibly even letting meetings go completely off-course if they need to. When we jump to easy fixes without really embracing the complexity we’re facing, we simply delay the problem rather than solve it,” says Lonton.

4. Play with problems. Whether you’re in a remote or hybrid working world, asking people to play with an idea can spark a solution, though it might seem strange or even terrifying to some. “When we play together, space is made for instinct, feeling, and nonverbal responses that charge through our rational filter, revealing how confined we were in our thinking before we opened up to other ways of looking at a problem,” says Lonton. “In this situation, no idea that’s proffered is ‘wrong.’”

She recommends asking participants to look at the problem through a totally different lens, by imagining themselves in a different role in the organization, as an outsider, or as a child or an alien from another planet. “When you are in character, ask, ‘What do I now see, what more have I learnt about this challenge, what questions would I now ask of it?’” Once these exercises have sparked the key attributes of play — empathy, curiosity, humor, and comfort with uncertainty — the team can apply these attributes to the way they approach the real problem at hand.

Not all forms of productivity declined when we moved overnight to a virtual working world. But the change did impede innovative problem-solving. And because you can only monitor what you measure, having data is remarkably important. The creation of remote watercooler moments now and in the future of hybrid work needs to be carefully and thoughtfully orchestrated. In PwC’s 24th Annual CEO Survey, 30 percent of CEOs said that, when it comes to workforce strategy, they wanted to drive competitiveness through workforce engagement and communications. Those organizations that master the art and science of spotting what has fallen through the cracks because of disruption will be able to ensure that productivity, innovation, and well-being don’t drop. They will be able to act early to repair or maintain the vital but surprisingly delicate communications web among colleagues.