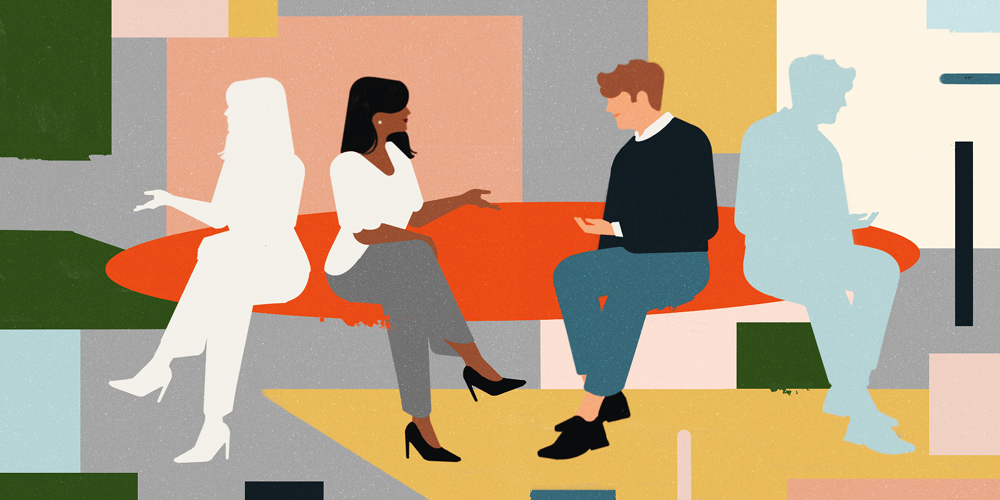 The mythology of corporate boards goes something like this: put a group of high-achieving, experienced, strategy-minded, and diverse individuals in a room together. Add commitment and a lot of hard work. What you get is a top-notch board with a healthy culture that provides effective oversight. The reality, however, is somewhat messier. In practice, no boardroom culture is perfect. Every board is plagued by derailed discussions, dismissed opinions, side conversations, directors who dominate, and those who seem to be biting their tongue.

Boards are quite rightly spending a great deal of time thinking about composition issues such as director expertise and diversity as paths to more effective governance. But, according to a recent PwC report, Unpacking board culture: How behavioral psychology might explain what’s holding boards back, board members may be overlooking the importance of group dynamics—the human element and the biases that everyone naturally brings to the table.

Applying the principles of behavioral psychology in the workplace is a popular trend in the corporate world for good reason. Building on foundational work by George Loewenstein and Nobel laureates Daniel Kahneman and Richard Thaler, among others, behavioral psychology offers valuable insights into the biases that help the brain order information and make decisions, and that influence the ways people judge themselves and others. In business settings, such as a meeting of a corporate board, these biases can cause people to over- or undervalue others who sit around the table or the ideas they express. They can also influence collegiality, whether people feel “safe” enough to speak out, and the ability to nurture diversity of thought.

It’s clear that improving board dynamics is an ongoing challenge facing modern companies. For two years running, PwC’s Annual Corporate Directors Survey has revealed that about half of directors believe that at least one fellow director on their board should be replaced. Here, we lay out how boards can spot the issues that may be holding them back in four key areas: authority bias, groupthink, status quo bias, and confirmation bias. Each has clear warning signs. And for each, equally clear techniques are available to combat the harmful effects.

The boardroom needs experts. Directors are, of course, recruited for their skill sets and expertise. But as with the 30-year cybersecurity veteran who is automatically deferred to whenever anything related to cybersecurity or digital strategy comes up during a meeting, boards may rely too much on one director’s experience or opinion. They can become too influenced by that opinion, dismissing what others have to say or abdicating their own responsibility to weigh in.

In business settings, such as a meeting of a corporate board, biases can cause people to over- or undervalue others who sit around the table, or the ideas they express.

This authority bias can also be a product of a perceived power structure. PwC researchers have noted that boards may be more likely to prioritize the views of their male members, their long-tenured directors, or those with a commanding stature or tone of voice. As part of this pattern, boards can fall into the trap of waiting to hear from these authorities first or always giving them the last word. They can fail to provide important checks and balances against the expert. Some directors might be personally reluctant to push back against the prevailing view, or a CEO who is serving as chair, or the representative of a 30% ownership stake. In the 2020 edition of PwC’s Annual Corporate Directors Survey, 43% of directors on boards with an executive chair said it was difficult to voice a dissenting view—compared with just 35% of directors on boards with an independent or nonexecutive chair.

To minimize authority bias, board leadership can solicit views from each director in turn. This ensures that all directors have a voice on an issue—and also that people with expertise in one area speak up in other areas as well. If the same person has always had the last word, ask her to kick things off so that her idea can be discussed. Companies could also offer the board deep education opportunities in specialized areas to prevent members from relying too much on one director’s experience or to encourage board leadership to purposely withhold their own opinions until the end of the discussion.

Boards can be effective only if they can come to a consensus. Let’s say a company is considering the launch of a significant new product, but five of the 12 directors have concerns going into a meeting on the topic. Some have discussed the issue among themselves before the meeting. Many are worried about how the full board discussion will go. In the meeting, one director starts to share his concerns, but the CEO quickly moves on. Over the course of the meeting, more and more heads start to nod along. No parts of the strategy for this new product have changed. But now the entire board appears supportive, including the director whose concerns were dismissed.

Though consensus-building is important, boards may be too inclined to seek harmony or conformity. This can lead to groupthink, a much-written-about challenge facing companies in which dissenting views are not welcomed or even entertained. In fact, though most boards work to solicit a range of views and come to a consensus on key issues, PwC’s Annual Corporate Directors Survey found that 36% of directors have difficulty voicing a dissenting view on at least one topic in the boardroom. The reason most commonly cited by directors for stifled dissent on their board was the desire to maintain collegiality among their peers.

To minimize groupthink, consider leveraging the board’s assessment process. Seek input during individual interviews or questionnaires, when directors may feel more able to express themselves freely, on whether dissent is discouraged. If a certain director seems to be a contributor to the problem, board leadership should have the difficult conversation about how to change the dynamic. Leaders can also bring in outside advisors to share a new or dissenting view on issues, solicit opinions from each director on controversial matters, and, of course, seek to recruit directors who bring a true diversity of perspectives to the boardroom.

Change can be scary, and many people resist it. If things are working, people want to keep them the way they are. So it’s not surprising that boards often prefer a set of established norms, and value that which is familiar. Of course, they may overvalue what they know and be reluctant to pursue initiatives involving substantial change—such as shifting their business model to respond to market disruption—simply because it brings too much risk of the unknown.

Let’s suppose the board of a long-established company, a leader in its industry with year-on-year growth in market share, heard about a market entrant with an innovative new business model and considered how its company could incorporate some of those ideas. But the board, taking into account the company’s market dominance, might be inclined to dismiss early suggestions to augment or shift away from a proven strategy.

Status quo bias can also be demonstrated through slow board turnover or through inactivity in C-suite succession planning, particularly at companies with an entrenched CEO or management. Boards can also rationalize or accept subpar company performance, for instance, by ascribing a drop in sales to a blip in the economy, as opposed to a shift in the market and an opportunity to make systemic changes. This dynamic underlines the importance of using the board assessment processes to identify ways the board might benefit from refreshment.

If a status quo bias is affecting performance, it is important to make structural changes to board deliberations, such as incorporating an “if you were a competitor…” activity into strategy development sessions. This activity includes answering the following three questions: What would your competitors hope your company does? What would they fear that you do? How would they respond if you did what they feared? Alternatively, boards can bring in outside experts, revamp the agenda of a strategic off-site meeting, or shake things up with a board trip to Silicon Valley or other center of innovation.

All humans tend to subconsciously seek out and overvalue evidence that confirms their own beliefs, while undervaluing evidence that challenges it. This could mean interpreting minor budget problems and delays as upholding preconceived notions that a project was a bad idea from the start, or finding glimmers of positivity in almost any report from management to back up the outcome that directors are hoping for. Directors, being human, fall into the common trap of confirmation bias, which makes objective decision-making a challenge.

The best way to battle confirmation bias is to encourage diversity of thought. When boards focus on finding directors who can “fit in,” they are often looking for directors who share their viewpoints and agree on key issues. But this only strengthens the board’s confirmation bias, because facts that support shared opinions are given more weight. What they are missing, and what would really benefit a boardroom, is rigorous debate among directors with different views. By having people in the room who hold different views or come at issues from different perspectives, the board may be better able to hear and understand the full picture.

Board dynamics won’t change unless directors are willing to take a hard look at the biases and practices on their own boards. Use these insights into behavioral psychology to see your board interactions through a new lens. And once you’ve identified some current or potential problems, apply the tools here to help bring about change.