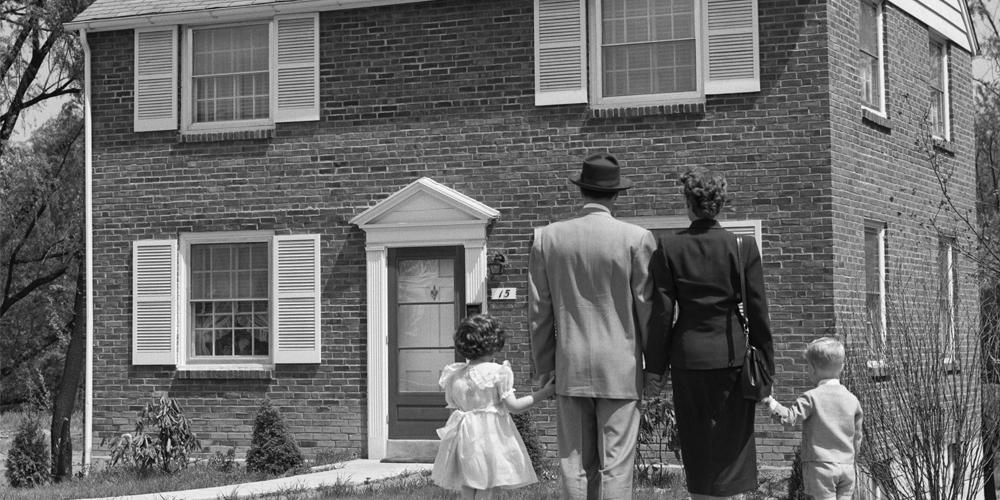 Slouching Towards Utopia: An Economic History of the Twentieth Century 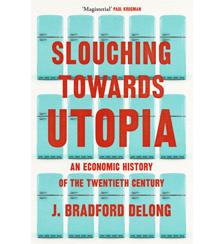 The period historians like to call the “long 20th century,” which began around 1870 and ended around 2010, was the most remarkable period in global economic history. The pace of growth jumped from an average of 0.45% a year prior to 1870 to 2.1% a year after, according to University of California, Berkeley economics professor J. Bradford DeLong. Even accounting for a growing population, the average person was still almost nine times richer in 2010 than they were in 1870. “Suppose we could go back in time to 1870, and tell people then how rich, relative to them, humanity would become by 2010,” DeLong writes in his new book, Slouching Towards Utopia. “How would they have reacted?” Surely, with so many more resources at hand, humanity would achieve “freedom from pressing economic cares” and “live wisely and agreeably and well,” as the British economist John Maynard Keynes prophesied in 1930.

That clearly did not come to pass. Although the number of people in extreme poverty continues to fall, we have also endured two major recessions in the past 15 years, the planet’s natural resources are being depleted at an unsustainable rate, and our wealth is shared out less equitably than ever. We have never been so materially rich, but voters in most major countries think things are heading in the wrong direction. In Slouching Towards Utopia, one of the most ambitious and admirable economic-history books of the year, DeLong explains why the supercharged growth of the 20th century failed to deliver us to a state of comfort and satisfaction.

Even accounting for a growing population, the average person was still almost nine times richer in 2010 than they were in 1870.

To do this, he leans on the work of two intellectuals born in Vienna in the 19th century: the economist Friedrich August von Hayek and the philosopher Karl Polanyi. Broadly speaking, Hayek favored leaving control of the economy to the market and believed that government meddling would lead to inefficiency and chaos. Polanyi thought that markets needed regulating to protect the economic rights of people and the stability that comes from guaranteed income and access to goods and services. DeLong cites two periods within the long 20th century when growth was particularly rapid—1870 to 1914 and 1945 to 1975—and argues that it was during those periods that societies were best able to balance Hayek and Polanyi’s competing visions. It was the derailment of that equilibrium at the close of those eras, each of which lasted only a single generation, that gives us the most important insights into why material wealth has not brought an end to conflict and unhappiness.

The first era, encompassing the Gilded Age, was curtailed both by the First World War—which DeLong considers an entirely avoidable event driven not by national economic self-interest but by European aristocrats’ refusal to accept an “erosion of their influence and status”—and by the ensuing lurch toward Polanyian rights. In the 1920s, battle-scarred populations wanted greater protections, and governments responded by introducing old-age pensions, public housing, and public health insurance. This surge in state spending in economies whose capacities had been shrunk by the war resulted in sky-high inflation and then, as the US turned inward, a depression.

The story of the second period of rapid growth is the most riveting section of the book. After the Second World War, the global economy settled into what the French call Les Trente Glorieuses, the Thirty Glorious Years, in which social democratic governments again tilted toward Polanyi. But this time, instead of becoming more insular, the US embraced the opportunity to become the global hegemon. Through the Marshall Plan, it funded redevelopment in Europe, while the start of the Cold War ushered in huge increases in US defense spending that “made a return of anything like the Great Depression all but impossible.” Faster growth swelled tax revenues, which enabled governments to meet the demands from both the middle and working classes for social insurance and full employment. The biggest players in the global economy were still unmistakably capitalist machines, but good economic times permitted more protections for workers than ever before. “Things had worked,” DeLong says approvingly.

What, then, triggered the downfall of our fastest-ever march toward utopia? DeLong attributes it to our short memories. After three decades of reliably fast growth and rising living standards, we mistook this for a permanent way of being. When the oil-induced inflationary spikes of the 1970s struck, we overreacted and threw out the entire political economy. DeLong also surmises that, by the mid-1970s, the fading memory of the misery of the Depression had weakened the bonds between social classes. Some believed that the safety net had become sufficiently robust to permit “moochers” to live off the generosity of the rest. Tolerance of Polanyian rights weakened rapidly as governments turned toward neoliberalism and its full-throated commitment to Hayek’s market philosophy. Global growth has never been that strong since.

This narrative thread—of there being two periods of exceptional economic growth that transformed the living standards of millions but which were sabotaged by human nature—is the book’s strongest. But to dwell on it alone is to ignore vast and worthy swaths of the rest of the book, which includes an extensive study of why the Global South was repeatedly hobbled in its attempts to grow as quickly as the North; an excoriation of Soviet-era communism (or “really-existing socialism,” as DeLong insists on calling it); and a downbeat assessment of the Obama administration’s response to the global financial crisis, which DeLong deems too timid. The book is a huge study, but one that rarely feels like it is slipping away from its author.

For an academic, DeLong is an animated and voluble narrator who sees nothing wrong with questioning his own assumptions. “Right here I have a narrative problem,” he admits when he first attempts to describe the economic divergence of the Global North and South. His writing reminds me of the ambitious scope of the British filmmaker Adam Curtis, who makes long documentaries with titles such as HyperNormalisation and Can’t Get You Out of My Head: An Emotional History of the Modern World, laying down his own narration over collages of archival footage. The sheer number of clips Curtis stitches together means watching his films is often a disorientating experience, and his voice feels like a helping hand through the chaos. It is only afterward that you begin to question some of his assumptions. Following DeLong on his journey through the long 20th century can be similarly dizzying, but in contrast to Curtis, DeLong is a guide whose conclusions I cannot fault.