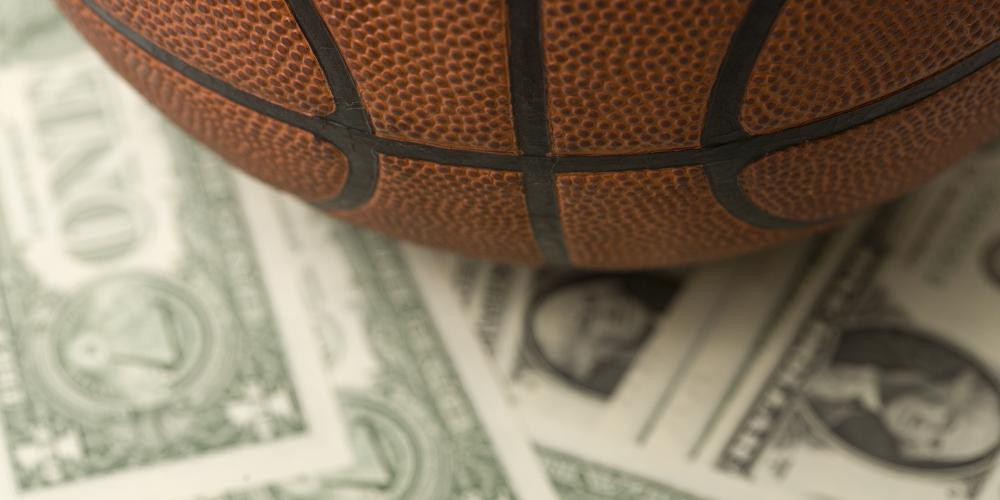 Photograph by Nick M Do

An Economist Goes to the Game: How to Throw Away $580 Million and Other Surprising Insights from the Economics of Sports

When Oakland Athletics general manager Billy Beane sat down with writer Michael Lewis and described how he had turned an underdog team into playoff regulars, the chances of the resulting book, Moneyball, being turned into a Hollywood film starring Brad Pitt as Beane must have seemed miniscule. But that’s the thing with sports: odd, occasionally inexplicable events happen all the time. Lewis’s study of Beane created a micro-genre of nonfiction in which economists and scientists try to apply their analytical skills to sports’ enormous amounts of data to explain how the games really work. Other foundational works of the micro-genre include Simon Kuper and Stefan Szymanski’s Soccernomics (2009) and David Epstein’s The Sports Gene (2013). 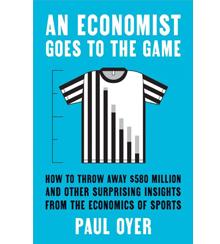 An Economist Goes to the Game, by Stanford Business School professor Paul Oyer, is a new entrant in the field. Oyer uses his experience in labor economics to look at some of the major stories surrounding the sports industry, including doping, ticket scalping, discrimination, wages, the legalization of betting, and the wisdom (or otherwise) of a city hosting a major sporting event, such as the Olympics or the World Cup. These are hot topics in the boardrooms of pro sports teams, leagues, and governing bodies, but also among those interested in economic theory, as many sporting quirks actually make perfect sense when viewed through the lens of economics.

Oyer’s best example of sports’ economic angle is the seemingly unlikely dominance of women’s golf by South Koreans, who won 22 of the 43 major titles in the Ladies Professional Golf Association over a recent nine-year period. The mystery here is why a country that appears to have no particular advantage in golf, especially when compared with countries long associated with the game, has become so good at producing world-class players. Oyer’s theory seems improbable, but he argues convincingly that seemingly unrelated factors—South Korea’s unusual combination of a very wealthy population with a high savings rate, unhappy children (who are driven extraordinarily hard to achieve academic success), and wide gender inequality—have combined to make the ideal background for golfing success. Intense schooling has left Korean girls unintimidated by the work required to be professional athletes, but a wide gender pay gap does not incentivize girls to pursue academic work as ferociously as boys. And the girls’ families are likely to have the resources to enable them to afford golf equipment. Additionally, Koreans had a powerful role model in the former professional golfer Se Ri Pak, who Oyer believes has been as influential on South Korean girls as the former tennis pro Martina Navratilova has been in getting Czech girls to pick up rackets.

Even for a sports fan, it is hard to argue that a new stadium is more important than more public-sector workers, more advanced infrastructure, or cheaper healthcare.

What elevates An Economist Goes to the Game is that Oyer presents his data in an amiable, balanced way while drawing firm conclusions. For example, he believes that performance-enhancing drugs (PEDs) have become so dominant in sports that they are basically indivisible from it, largely because doping makes economic sense for athletes. He describes taking drugs as an example of the prisoner’s dilemma, in a section that is so well-argued it is worth quoting at length: “The cyclists’ best choice (also known as a ‘dominant strategy’) is always to dope no matter what the other guy does. If one cyclist dopes, the other guy is better off doping because that increases his chances of winning from virtually zero to fifty-fifty. If one cyclist does not dope, the other guy is better off doping because it increases his chances of winning from 50 to nearly 100%. The only way doping is not a dominant strategy is if the cyclist in question incurs an extremely high psychological cost from lying and cheating.” Given how normalized doping has become over the last 30 years, it could be argued that this cost has diminished. Oyer is pessimistic about our chances of eliminating doping through testing, which leaves legalizing PEDs as the only option remaining. After all, he says, “Sports would still be fun to watch if PEDs were allowed.”

This is still a fairly heretical view, even if fans are comfortable with other aids to athletic performance, such as aerodynamic helmets and bouncy running shoes. Oyer has a more conventional position on cities’ bidding for tournaments and other major sporting events: in short, don’t bother. It is, as Oyer puts it, “three weeks of revelry followed by years of economic fallout.” There is no economic case for hosting these events, which habitually run over budget and require facilities that are usually misaligned with the needs of the local population. The 2012 Olympics in London, considered one of the least wasteful editions of the Games, still cost US$14 billion. (This dwarfs the US$580 million figure in the title of the book, which refers to a labor dispute in the NBA in 2011.) And the idea really falls down when you consider that bidding for a tournament is not just about whether the event becomes profitable, but whether it is the best use for the money: “The true economic cost of the arena [or event] includes both the direct cost and the opportunity cost. Any given purchase is worthwhile only if it is the most efficient use of the resources used to make it.” Even for a sports fan, it is hard to argue that a new stadium is more important than more public-sector workers, more advanced infrastructure, or cheaper healthcare.

Oyer is also broadly supportive of the growing legalization of sports betting, on the assumption that the relatively small number of problem gamblers would be betting regardless of legality, so the larger proportion for whom gambling adds extra excitement to the game may as well be allowed place bets, too. However, he is forthright that gambling to get rich is a waste of time: the advantages held by the house and other, better gamblers mean that losses are almost inevitable.

And that is the impression to take away from Oyer’s sober assessment of sports: it doesn’t make much economic sense to pay for new stadiums, gamble on games, or try to keep drugs out. The more the sports industry grows and becomes professional, the more it will follow the laws of economics.