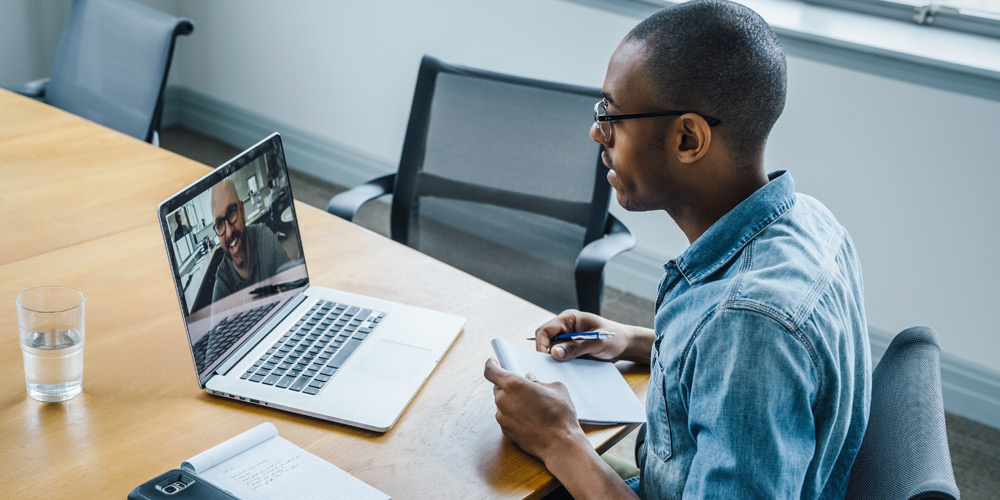 In the first two quarters of 2020, much of the global workforce was suddenly, if reluctantly, thrust into a dependence on virtual work. Employees at all levels learned to hold videoconferences for everything from sales prospecting to exit interviews. For many, the technology was as new as their workspaces: kitchen tables and makeshift desks in bedrooms. Employers are still working out how to monitor and assess how this sudden shift is affecting employee performance and how to evaluate what these workers are doing.

The assessment approach known as 360-degree feedback can help. It’s a peer-review system that includes data on how others think an employee is performing, as well as how that employee views his or her own work. It can be done virtually, but its roots are in face-to-face interaction. Although the term originated in the 1950s, there was a surge in the use of this kind of peer review in the 1990s, which is when I first became involved in it, after I received my Ph.D. in industrial-organizational psychology. At first, 360 feedback was primarily available to the senior levels of organizations. However, my firm recently looked at 100 companies in 23 industries and found a sharp increase since 2016 in the use of 360 feedback for people at lower managerial levels, and an increase in its use for people who were not managers themselves.

This spike in assessments happened even before the COVID-19 pandemic. In my view, the increase reflects a realization that the way we work has been changing, and that both employers and employees need honest assessments of how they are coping with those changes.

At the core of 360 feedback is its use of comparative analysis: how you see yourself and how others see you. By providing this self-versus-other index of self-awareness, the feedback helps uncover the blind spots that allow people to overestimate their performance; it also shows them the hidden strengths that caused them to underestimate their effectiveness. Both revelations are common among employees at all levels, but in my experience, the most effective employees are those who are highly self-aware: They recognize both their strengths and their opportunities to grow. This being the case, 360 feedback provides employees a clear indicator of their degree of self-awareness, and with proper follow-up, support can help them become more aware of their impact on others.

As the way we work shifts, employees’ prior strengths may become liabilities, so it’s important to monitor behaviors over time and under different circumstances. Someone who excelled at building relationships through watercooler chitchat will need to find new methods when the work group goes completely virtual. Likewise, the individual who was overlooked as too socially awkward may begin to shine in a remote working environment. Employees will need feedback on how effective their behavior is in this new world so they can learn which new behaviors they may need to adopt and which may now be seen as strengths.

Peer reviews help people understand better how to adjust to new technologies, even as the technology itself is becoming part of the process. For example, I recently coached a business unit chief financial officer (CFO) of a Fortune 500 company in the U.S. who had been passed over for a promotion in the middle of 2019. His 360 feedback results in 2019 made it clear he was struggling with his peer relationships. He was whip-smart, and everyone knew it — but his peers felt he was too quick to show them up in meetings with the senior leadership team.

Peer reviews help people understand better how to adjust to new technologies even as the technology itself is becoming part of the process.

In 2020, when he began participating in meetings remotely, his peer relationships improved dramatically because he had to be more intentional during his interactions — the video-based meeting format made it harder to react quickly to point out flaws in the suggestions of his peers, which had been his habit. The medium itself (along with some increased self-awareness) directly contributed to his improved performance.

Technology helped the CFO, and it’s not surprising that it’s also beginning to be used in assessments: There have been some early efforts at using artificial intelligence (AI) to create a digital coach that can follow up on feedback. So far, results have been mixed. Within a known set of problems, an AI coach can direct employees to learning tools based on feedback results; for instance, an AI coach interpreting a report with low scores on delegating might suggest readings or a training course, or provide a few tips on how to delegate better. But these tools can only go so far. AI cannot empathize with someone facing difficult feedback or understand nuances or essential context. It can’t help employees understand why they might be seen as not delegating well and get them to accept the validity of the feedback.

Over time, technology may develop an understanding of the complexities of relationships. But for now, human-to-human interaction will continue to be the key to successful and meaningful 360 feedback processes — even if that interaction is done virtually.