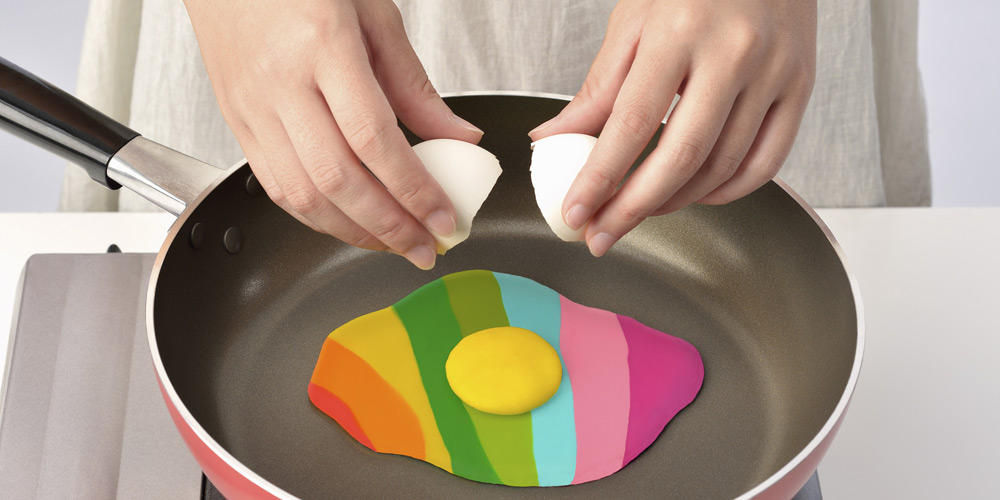 The Uncertainty Mindset: Innovation Insights from the Frontiers of Food 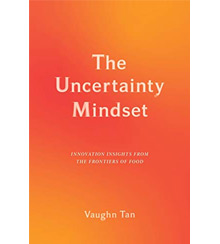 If you’re a foodie, the research that Vaughn Tan undertook to write The Uncertainty Mindset will strike you as a dream gig. The assistant professor of strategy and entrepreneurship at University College London’s School of Management spent much of the past decade studying — and embedded within — the culinary R&D teams associated with a handful of the world’s top purveyors of high-end cuisine, including José Andrés’s ThinkFoodGroup, Nathan Myhrvold’s Modernist Cuisine, Heston Blumenthal’s The Fat Duck, René Redzepi’s Noma, and “Amaja” (a pseudonym Tan uses for a restaurant that sounds a lot like Poul Andrias Ziska’s Koks). Aside from the good eats, Tan came away from his research with unconventional ideas for structuring and stimulating innovation teams.

The innovation challenge facing these rarefied culinary organizations is daunting; the customer expectations of an Apple or a Tesla pale by comparison. Imagine trying to satisfy a discerning gourmand who has waited a year for a reservation and then traveled from Singapore to the Faroe Islands solely for an 18-course meal. It is expected to be one of the best meals in the world. Each course features unusual ingredients prepared in unique ways that not only engage the senses but also impart the identity of the chef and the restaurant, so much so that it couldn’t have come from any other kitchen. Tan calls this elusive quality familiar novelty. “Novelty combined with distinctive familiarity makes for loyal customers — and is nearly impossible to copy,” he writes.

Outside London, at The Fat Duck Experimental Kitchen (FDEK), Tan observes pastry chef Isabel Rodriguez as she creates a dessert that will anchor an entirely new menu. “The team had decided that it would have to convey the feeling, as Rodriguez said, of being ‘dreamy, comforting, surreal. Like how you feel when you are about to fall asleep when you’re small. You’ve been bathed, and you’re feeling clean and tired, and everything smells like baby powder,’” writes Tan. Before the work is done, the dish, which the team calls Counting Sheep, will evolve into two dishes served in quick succession. Among its many fine details is the design and fabrication of a spoon with a fuzzy handle that will be dusted lightly with, yes, baby powder.

At Amaja, the R&D team spends three months figuring out how to cook 200-year-old mahogany clams — an ingredient never before used in high cuisine. In ThinkFoodGroup’s first Las Vegas venture, the company takes on the high-pressure work of launching three restaurants — serving tapas, Chinese–Mexican food, and a tasting menu — on the opening night of a newly constructed gaming resort.

In observing how culinary R&D team members work individually and together on such projects, Tan uncovers six “innovation insights” that serve as the core findings of his book. Two of the insights are particularly intriguing.

The first concerns the ways in which innovation team members learn the so-called house style, necessary to achieving the familiar in familiar novelty. This is particularly difficult, writes Tan, because novelty issues from an open-ended style that can’t be codified. “I’ll know when I see and taste something if it’s right, but it’s impossible to write it up and put it in a manual like some kind of recipe,” one chef tells him.

Instead, Tan finds that this tacit knowledge is quickly and efficiently passed on to new team members through a rapid and extensive prototyping process that is carried out as the team creates new dishes. Each prototype is tasted by other members of the team, and their feedback simultaneously improves the dish and teaches the new member what it means to create a meal that could only be served at, say, an elBulli. Tan finds that two elements make for high-quality feedback: a focus on outcomes (as opposed to processes) and concreteness (as opposed to abstraction).

The second insight is an eyebrow-raiser. “Innovation work is best motivated not with carrots, but with well-chosen sticks,” writes Tan. These sticks often take the form of fast-paced challenges lined up in quick succession: At Copenhagen-based Noma, such challenges included creating MAD (Danish for food), a new and ongoing series of symposiums that bring the global high-cuisine community together; moving to Tokyo for a five-month stay at a pop-up restaurant; relocating and redesigning the R&D facility; and then moving and redesigning Noma itself. Tan calls this “designing for productive desperation” and explains that it solves “one of the most intractable problems in managing innovation teams…overcoming the deeply ingrained aversion people have to doing unfamiliar, therefore uncertain and uncomfortable, things.”

Innovation work is best motivated not with carrots, but with well-chosen sticks.”

Tan brings an informed perspective on corporate innovation to The Uncertainty Mindset. Before he proved his academic chops, he worked in product development at Google in the mid-2000s. He also has the sharp eye for relationships, norms, and values of an ethnographer, even though his admiration for his research subjects can at times turn florid.

Happily, and contrary to the instincts of many business book authors, Tan resists the temptation to overstate the applicability of his findings. Because all the culinary labs he studied are small organizations, more akin to the research and development teams you’d find in a large company than the overall R&D function, the lessons he draws from them are mostly aimed at the team level. Moreover, he narrows the lens of relevance for the lessons he imparts to three subsets of companies — startups in emerging industries, startups trying to disrupt established industries, and leading incumbents in rapidly and unpredictably changing industries.

I think Tan might be a tad conservative in this regard. If you’re an R&D executive or practitioner, The Uncertainty Mindset is a worthy if occasionally repetitive (in the time-honored academic style) read that should spark ideas for improvement. And if, in this pandemic year, you are missing high-end cuisine, you will surely find it an appetizing read as well.

A kinder, gentler deal
With his book Split the Pie, Yale School of Management professor Barry Nalebuff offers a consistent, fair, and scalable approach to negotiation.
by Theodore Kinni

Getting and staying motivated
In her new book, Booth School of Business professor Ayelet Fishbach brings behavioral science to bear on the perennial challenge of goal achievement.
by Theodore Kinni
Digital issue