Until recently, Tesco was one of only four large U.K. companies that had delivered superior financial performance for more than 20 years. Remarkably, the company achieved this feat while steadily transforming itself from a discount operation into the world’s third-largest retailer.

In his new book, Sir Terry Leahy, who served as Tesco’s chief executive during the majority of this successful period, pegs a significant portion of the credit for the firm’s accomplishment to its corporate values. Leahy instigated the effort to codify Tesco’s values when he took over as CEO in 1997.

Companies often pay lip service to their culture, but as the following excerpt demonstrates, Tesco’s leaders fully embraced their culture. Faced with an increasingly untenable defined-benefit pension plan, Tesco did not simply retreat to a less expensive defined-contribution approach. Instead, the company’s leaders opened a realistic dialogue with employees and enlisted their assistance in funding the growing costs. Tesco stuck to its values, and today its retirees enjoy a pension that is two and a half times larger than that of a retiree with a defined-contribution plan.

An excerpt from Chapter 4 of Management in 10 Words: Practical Advice from the Man Who Created One of the World’s Largest Retailers

For a value to mean anything to the business, it must be the first benchmark against which any big decision is judged, and must guide the business itself. Only if a team sees that the management practises what it preaches will they listen and change their behaviour. This is far easier said than done, especially when you are making a major decision on something of real significance in which there are competing, legitimate commercial concerns, some of which conflict with the values. Like politicians, managers have good intentions but tend to lose sight of them when financial and other pressures come into play—one reason being that there are many well-developed financial measures to help one make long-term decisions but few of these are based on cultural values. That is a pity, because financial judgements made in a wider context, and based on clear values, generally lead to a better material outcome in the long term.

All this became apparent to me during the slow, sure and—to me—tragic demise of the company pension scheme. Pensions: the very word can provoke a yawn and a gentle lowering of the eyelids. To anyone under the age of 35, retirement still seems a lifetime away, and therefore pensions are a subject for another day (or decade). For anyone approaching retirement, their pension—and the subject more generally—understandably sits centre stage. Yet to everyone, whether they have just started work or are nearing their retirement party, how their employer helps them prepare for old age says a lot about that employer. Just as you can judge a society’s values by how it treats its old people, you can judge a company’s values by how it helps people for life after retirement.

Given that Tesco aspired to ‘treat people how we like to be treated,’ our pension scheme had to meet our employees’ expectations of what fair ‘treatment’ would be. By 2000 our scheme—like so many others—faced a serious problem. Set up in the 1970s, it was a defined benefit final salary scheme: pensioners would receive in pension a percentage of their salary at the time of retirement from Tesco. As with many British companies, booming investment returns and relatively low employee contributions made the scheme not just a good benefit, but an ideal way for our employees to save. They contributed, Tesco chipped in and the company managed the fund. Such schemes became the norm—the baseline expectation of what ‘Treat people how we like to be treated’ probably meant to our employees.

The success of these schemes provoked their demise. Many schemes had a surplus of assets over liabilities. Successive governments were therefore keen to limit the tax relief the schemes enjoyed, so they placed restrictions on the amount of surplus a scheme could have. This meant—bizarrely—that it became more tax-efficient to reduce contributions to limit the surplus.

Then, just at the height of the schemes’ popularity in the mid-1990s, when companies and members had stopped contributing to the schemes, a number of problems began to emerge. People were living longer—which meant the funds would have to pay out more to members than the actuaries had estimated. (When the Tesco scheme began in the 1970s members lived 11 years into retirement: today it is more than 20 years.) Low inflation meant pension schemes’ liabilities—the pensions that the scheme would have to pay out in years to come—cost more to fund. This happened at the same time as stock markets underperformed their long-term average for nearly a decade, depressing investment returns for pension funds. Adding to the schemes’ woes, the Government changed the tax regime, making them much less tax-efficient. They also introduced a raft of legislation to protect people’s pensions (after a number of pension scandals), which made pensions much more costly to provide. Any one of these developments would have posed a significant challenge to a pension scheme. Taken all together they brought into question the viability of pensions as a company benefit.

What I expected would happen—and what was needed—was a debate about long-term savings. Instead, the defined benefit company pension scheme, which had been so lauded, was suddenly friendless. A trickle of companies announced the closure of defined benefit schemes, replacing them with defined contribution schemes or, in some cases, no scheme at all. And that trickle soon became a flood.

A defined contribution scheme shifts the liability from the company (usually an experienced investor and administrator) to an individual who generally has little experience of investment or administrating a pension. If managed by the individual who is paying into their own pension, advisers’ fees can eat up 30 to 50 per cent of an uncertain return. So one consequence of the move to this type of scheme was a decline in the value of a pension. Another was a decline in employee loyalty, as people came to feel that the company they worked for no longer cared about their retirement.

Tesco, the largest private employer in the UK, was affected by these challenges like everyone else. Our advisers said that we should follow the herd and join the stampede for the exit. The board did not agree. We decided instead to modify our defined benefit scheme from one based on an employee’s final salary to one based on the salary earned over the employee’s career. The scheme member would still have a defined benefit at retirement, but the cost to the employer would be both more predictable and, in some cases, slightly lower.

We took a different path from most other companies, for several reasons. All Tesco’s staff had always automatically enrolled into our pension scheme, so the vast majority of staff were members. Our pensions, therefore, were not a perk for a few senior employees, but something in which everyone had a stake and an interest. Furthermore, on our board sat both long-serving executives (who had grown up in the company and readily identified with the employees) and independent directors: they all understood that the Tesco pension benefit was one of a number of long-term benefits that allowed relatively low-paid staff to share in the company’s success. Consequently, the board always recognised pensions as part of a wider culture which rewarded staff loyalty, and contributed to high staff morale and commitment—all vital to the success of the Tesco brand.

Above all, we felt the shift from a defined benefit to a defined contribution scheme grated with our values. It was too big a shift of responsibility from management to our employees, many of whom had little experience of long-term saving outside of the company schemes. That said, we also knew we needed to change: we could not continue as we were. So we approached the problem, admittedly a serious one, like any other business problem in the belief that if it was addressed head-on, it could be managed.

We shared the problem with our staff. We gave annual updates on the cost of providing a pension and asked staff to meet their share of the increase. Some senior staff contributed more than their share, because they trusted that the company was doing the best it could and they could see it was better than the alternative.

The problems and the closure of so many other schemes helped us in one sense. Whereas before employees may have taken the benefit for granted, now they certainly knew its value and were as determined as we were to see if we could manage our way through the problem. Offering a good pension became more of a competitive advantage in employment than ever before. It confirmed that our values meant something as Tesco followed its own path when it would have been easy to follow others.

We managed our pensions better, so that the cost of administering them actually dropped over time. We gave the subject much more attention. We employed better people to manage pensions and were able to run our scheme with very good returns (and with some of the lowest administration costs in the industry). We also continued to invest in equities, which may carry some risks but also give a higher return. Business is about risk, and a pension scheme is just another business risk. The expectation that you attempt to remove risk by investing in nil-risk assets is counter-intuitive. Poor return on the most ‘risk averse’ pension funds has resulted in the greatest risk of all becoming a reality—the closure of the fund.

Tesco today is responsible for more than 20 per cent of all members of open defined schemes in the UK private sector—a remarkable ratio for a business that employs about one per cent of the private sector workforce. A Tesco employee will retire on a pension which is two and a half times larger than that of someone who has made similar payments to a defined contribution scheme. Had we taken a different course, I doubt I could have looked an employee in the eye and said ‘We live our values.’ The decision was difficult, the financial costs in the short term ran into hundreds of millions of pounds, but it was the right thing to do.

Copyright © 2012 by Terry Leahy. Reprinted with permission of Crown Business, a division of Random House, Inc. 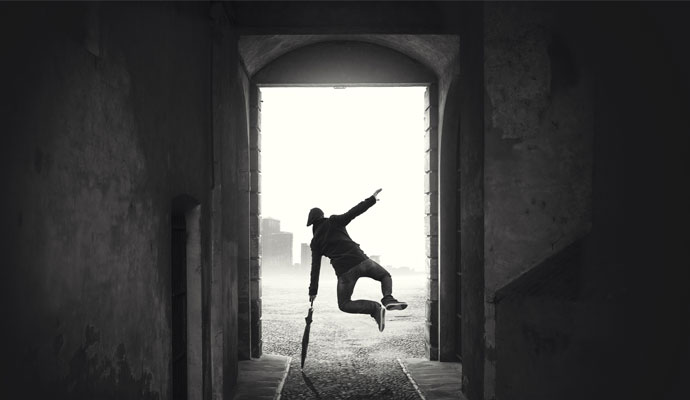 A guide to growing older
Arthur Brooks’s new book on aging shows how a healthy awareness of one’s own mortality can influence personal and professional lives for the better.
by Daniel Akst 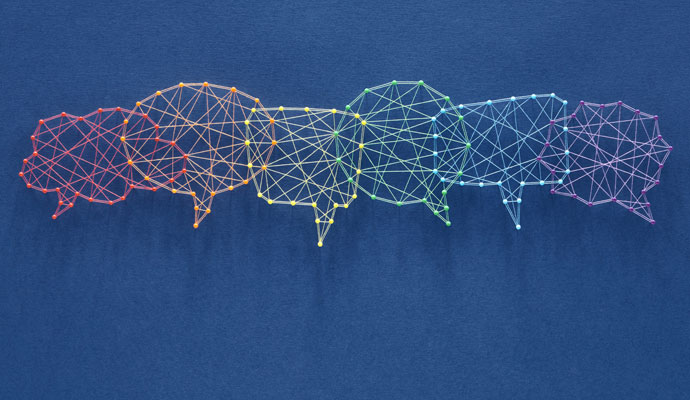