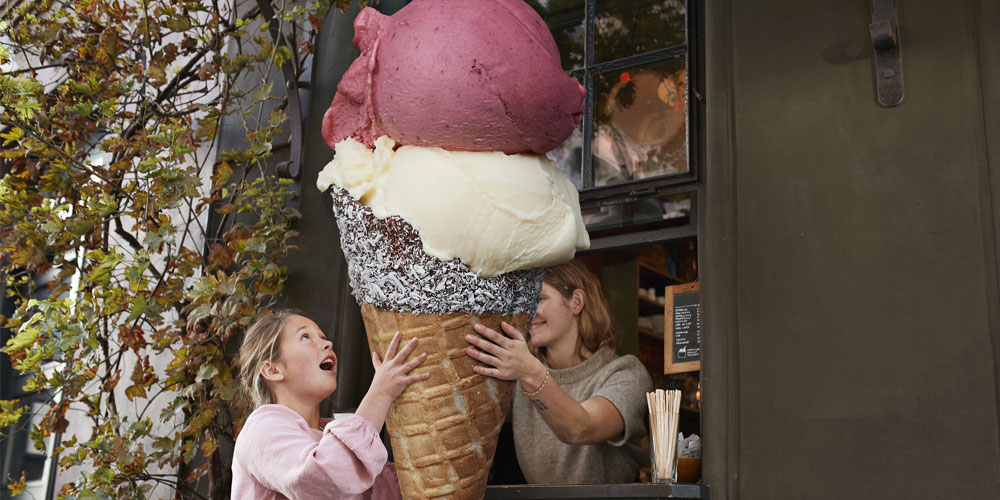 For pretty much the entire stretch of history, humans have struggled to manage scarce resources. We’ve built the infrastructure to ensure we have what we need to survive because we’ve been socialized to know that there might not always be enough to go around. It’s why the Egyptians erected vast storehouses and ancient civilizations constructed networks of cisterns. Modern business strategies are made accordingly. Managers are trained to lock down the necessary resources—human and otherwise—and then produce and deliver precisely enough to meet the needs of the market. Just-in-time, and just-enough.

That mindset, while often necessary, isn’t always sufficient. And it may not be conducive to supporting the kind of growth we need to meet today’s challenges, especially in areas where scarcity rules the day. We know that the transformation of vast and resource-intensive systems—healthcare, energy, transport—will be necessary for human thriving. And we know that the capital required to make those changes is, like capital generally, in short supply.

But imagine a world in which an abundance of many of these resources is the order of the day. That’s what journalist Derek Thompson has done in a recent article in The Atlantic. Titled “A Simple Plan to Solve All of America’s Problems,” it asks why COVID tests, instead of being hard to get and expensive, can’t be as common and cheap as Q-tips. More broadly, Thompson suggests that the way to solve some of our biggest societal problems, including the high cost of healthcare and education, is to adopt an abundance agenda: simply produce a lot more of the things that are scarce.

That’s not as idealistic or theoretical as it seems. In many (but not all) realms, technology and innovation are either bringing costs down rapidly or creating the potential to do so. In our own lifetimes, we’ve seen the impact of abundance agendas. Consider connectivity and data. It’s hard to explain to young people today, but time was, you had to pay—and pay a lot—for the ability to communicate. Long-distance telephone calls could cost up to a dollar per minute. In the early internet age, data was parceled out (and often priced) like a scarce resource, with hard limits on the amounts you could use per month and hefty charges when you exceeded them. If you traveled overseas and forgot to put your device on airplane mode, you could easily run up hundreds of dollars in roaming charges in a couple of days.

Today, by contrast, thanks to massive infrastructure investments, economies of scale, and advances in technology, connectivity and data are abundant. In developed economies, voice and text are essentially free, and very few people nowadays suffer from data scarcity. If anything, we’re plagued by the opposite problem—information overload. And this abundance has had a huge impact on the way we work (Slack), socialize (Instagram, Snapchat, TikTok), and entertain ourselves (too many streaming services to mention).

Very few people nowadays suffer from data scarcity. If anything, we’re plagued by the opposite problem—information overload.

When it comes to one of society’s most urgent challenges, climate change, an obvious solution has been to cultivate a sense of scarcity—travel less, drive less, use less fossil fuel to heat and cool our homes—the better to reduce both emissions and the negative externalities associated with them.

But what if, instead, we took an abundance approach to tackling global warming? Forget about consuming less, and just produce a lot more. As critics accurately note, solar and wind energy are intermittent resources (the sun doesn’t always shine, and the wind doesn’t always blow). To replace our base of fossil fuel electricity generation, it’s not enough to build capacity equal to that of the existing infrastructure. We have to exceed that capacity by a significant margin and make electricity generated through emissions-free methods like wind and solar cheaper and more widely available. That would lead to potentially large surpluses of electricity on windy days, or in the middle of the day. But rather than instantly use all the electricity generated, we could store it in batteries (another technology whose cost is coming down rapidly) and deploy it when necessary. (That’s already happening in California and Texas.)

The demand for those things will only grow. All the more reason to go big or go home.