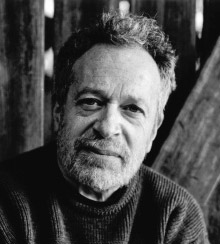 When Robert Reich published Supercapitalism: The Transformation of Business, Democracy, and Everyday Life in 2007, the U.S. economy was growing, the financial sector was intact, and the housing bubble had just begun to leak. Although that now seems like decades ago, the former Secretary of Labor’s core argument still has a decidedly clear ring of truth; indeed, perhaps now more than ever.

There’s a paradox at the center of every capitalist democracy, Reich believes. “Capitalism has become more responsive to what we want as individual purchasers of goods, but democracy has grown less responsive to what we want together as citizens,” he wrote. In other words, our individual power as consumers and investors has expanded in manifold ways — we can get virtually anything we desire, usually quickly, cheaply, and on credit if necessary — but our ability as citizens to influence the rules of how the economy should operate (which ultimately have a profound impact on our daily lives) has eroded measurably.

Reich, currently professor of public policy at the University of California at Berkeley’s Goldman School of Public Policy, recently sat down with strategy+business to update his thoughts from Supercapitalism in light of the bailout of the banking sector, the swirling economic crisis, and the Obama administration.

S+B: Do you view the ongoing multi-hundred billion dollar bailout of the financial sector as an inevitable result of the cozy relationships that have formed between Wall Street and Washington during the rise of “supercapitalism”?
REICH: There’s no doubt that Wall Street has huge clout in Washington, not just in terms of all the campaign contributions given by the banks, but also by virtue of the personnel who move from Wall Street to Washington and back at very high levels. The other important fact is that most people in Washington, even those at relatively responsible levels of public policy, find themselves somewhat intimidated by Wall Street. Often, they don’t fully understand finance. They fear that they will be held accountable if something goes terribly wrong with financial markets, particularly if they have not done what Wall Street wants.

And because of that fear and the connections between Wall Street and Washington, there is a fundamental question involving the bailout that few people in positions of power are willing to ask: Why should taxpayers be bailing out Wall Street’s executives, shareholders, and creditors? After all, these executives, shareholders, and creditors were paid to take risks; they just made the mistake of taking the wrong ones.

S+B: And because the bailout skeptics are relatively quiet, there is a general belief that the Bush administration, through Treasury Secretary Henry Paulson, may have worsened economic conditions by not rescuing Lehman. What is your position?
REICH: I’m not sure I agree with the conventional wisdom. After all, the panic on Wall Street is mostly about Wall Street’s own investors and creditors. To be sure, they constitute a large number of people and institutions. But the mutual funds and pension funds, where most Americans’ savings are held, are really not in jeopardy. Capital markets have ceased to function because Wall Street made some colossal errors, in terms of risk management. How in the world are those errors ever going to be rectified unless Wall Street executives, creditors, and investors pay a severe penalty?

Now ask the question a slightly different way: Why should Wall Street executives, shareholders, and creditors come out any better from this taxpayer-supported bailout than they would under a typical Chapter 11 reorganization, where they would get relief from a portion of their debts and bad loans, but not all of them, and they would have to restructure compensation, management, and governance procedures? Despite the bailout — and the relatively easy course that Wall Street has enjoyed — Main Street is still suffering: People are losing their homes at a faster rate than they did before. Small businesses can’t get loans, creditworthy car buyers and others are seeing credit lines shrivel and disappear. So from the standpoint of average Americans, the bailout has had no positive effect whatsoever.

Frankly, I don’t quite understand why Lehman didn’t go into Chapter 11. Now, maybe it was too small, or it wasn’t prepared to go into Chapter 11. But in general I don’t see why Wall Street firms are in any greater danger of Chapter 7 liquidation when they can’t pay their bills than any company in the real economy. Even Citigroup: Presumably it is worth more alive than dead. Its creditors would much rather that it stay afloat to pay off its loans than disappear completely. And it has a lot of assets — not necessarily physical assets, but a very strong customer base and a lot of talent. No one would support that it would cease to exist if it chose Chapter 11.

S+B: So you see the contours of the bailout as little more than a successful marketing effort?
REICH: It’s a giant public relations campaign. But I’m not sure that anyone consciously regards it as such. The Treasury Department traditionally has been Wall Street’s embassy in Washington. Treasury secretaries traditionally are closely allied with Wall Street. I’m sure Hank Paulson views Citibank or Morgan Stanley or his old hunting ground, Goldman Sachs, as profoundly different from a manufacturing company or another major services company. The funny thing is, I think that Paulson would be aghast to think of what he did as industrial policy. But of course that’s exactly what he did.

S+B: Might that opposition to setting industrial policy explain why the bailout of the banking sector has been so much easier to sell than the bailout of Detroit?
REICH: Detroit’s clout in Washington has diminished, while Wall Street’s influence has grown. The House Committee on Energy and Commerce has traditionally represented Detroit’s needs, and the United Auto Workers [UAW] union has had a powerful presence in Washington for many years. But Michigan Representative John Dingell, who headed up the House committee, has been stripped of his chairmanship and the UAW is losing members. So Detroit increasingly seems less politically important, although obviously the states that feed into the auto industry — Pennsylvania, Ohio, Indiana, and Illinois, as well as Michigan — remain critical battleground states when it comes to presidential elections. But there are many other states that have their own auto industry that happens to be owned by non-American firms. All of this turmoil among the U.S. automakers and their backers adds up in the end to a loss of importance in Washington, except perhaps at election time. And that makes it increasingly difficult for the Big Three to get what they want from D.C.

I expect that the likely outcome for the auto industry would be a kind of cross between Chapter 11 and public bailout, not unlike what happened to Chrysler in the early 1980s. Every stakeholder will be required to sacrifice, and that means creditors, shareholders, executives, and blue-collar employees, to ensure that there is enough money on the table for Detroit to restructure itself. Taxpayer dollars have already been added to that money, but only on the condition that the other stakeholders make real sacrifices and that there is a restructuring plan.

Today, the management of the Big Three seems to believe that if they can only get through the recession, they’ll be fine. They view their challenge as primarily cyclical. They may be right technically, but they’re wrong over the long haul. Their challenge is structural. They’ve been losing market share for years, they’ve been producing cars that the public doesn’t want. Few young car buyers would ever think to buy an American car anymore. The Big Three have to come up with an entirely different vision of their industry and of their operations, and I hope that that is part of any bailout.

S+B: Why has it taken Detroit so long to get this message, when it’s so obvious to so many people?
REICH: The culture at the Big Three is very insular, for one thing. The invasion of Japanese carmakers into the U.S. to make vehicles shook up Detroit, and in response, the Big Three have made substantial improvements in quality. But management and labor are still living in a different age. They haven’t been shaken up nearly enough. Labor understands the situation probably better than management. The new UAW contract recognizes the need for substantial changes. Young workers will be coming into the Big Three with wage and benefit packages not all that different from what American workers are getting from the Japanese automakers. But there’s still a long way to go on the management side.

S+B: You were one of the earliest supporters of President Obama during the primary season, a somewhat unexpected move considering your connections to the Clinton administration. And you have served Obama as an advisor on economic matters. Why do you believe that the Obama administration has a chance to make a difference in a very difficult time?
REICH: The economy stinks, and the country is fed up with the old order. We’ve gotten ourselves into a terrible mess, and it’s not going to be easy to get out of it. But no president runs the economy. Not even the head of the Federal Reserve runs the economy. There are limits to what monetary policy can do. Having said that, I have high hopes for the changing of the guard. Obama is exceedingly capable, and I have great faith in him and the new administration to do what is necessary to at least put the brakes on supercapitalism and begin the remaking of a sustainable economy that serves Main Street as well as Wall Street.

Topics: banking, operations, cio, automakers, stakeholders
Get s+b's award-winning newsletter delivered to your inbox. Sign up No, thanks