What happens when you host a big event based on coming together, forging new links, and intense globalization at a time the dynamics in many parts of the world are pulling in the opposite direction? The World Economic Forum, which opens January 17 in the Alpine resort of Davos, is about to find out.

Everybody still wants to come to Davos. Take it from this grizzled veteran of six consecutive World Economic Forums, with the scars to prove it (I still have a lingering pain in my knee from the Reuters ski outing a few years back and may have sustained some ear damage during a private John Legend concert). For months in advance, the ski town’s hotels, condos, and chalets are booked by heads of corporate and national states, hedge-fund hotshots, big thinkers, and the occasional rock star and big-name actress (Charlize Theron!). So many people come to hear edifying messages of what companies, NGOs, and governments are doing to promote clean energy, sustainability, inclusion, and economic development that the press have been exiled to the neighboring town of Klosters. Many of the people who run the world come to Davos each year, which is why many of the other people who run the world (and aspire to run the world) also come each year. 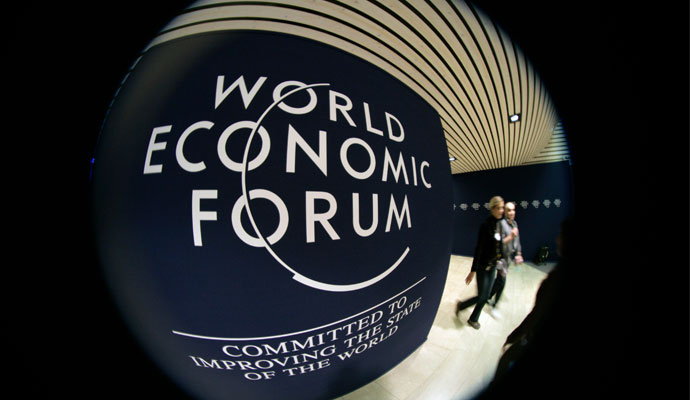 But the worthies will be confronting a different reality this year in the rarefied Alpine air.

Here’s the irony. The data tells us that cross-border interconnections and globalization are, in some ways, stronger than ever. The number of people traveling internationally — for work, tourism, education — continued to rise in 2016. According to the World Tourism Organization, in the first half of 2016, international tourist arrivals were up 4 percent from the first half of 2015, to 561 million. The World Trade Organization last September estimated that the volume of world trade, which has risen every year since 2009, would rise another 1.7 percent in 2016. Every day, on trucks and ships, trains and planes, through wires and wireless equipment, people, goods, information, and services are whipping around the world at a furious and escalating pace. We know that people like to buy imported goods. (If they didn’t, they wouldn’t buy them.)

At the same time, the social and political context in which trade and globalization is taking place is changing. And it is clear that large numbers of people aren’t thrilled with the way the flows associated with globalization are working. Time was, there was a pretty broad consensus in the U.S. that the country’s involvement in the global economy was a good thing. That has clearly broken down. In a poll last May, the Pew Research Center found, for example, that Americans, by a 49 percent to 44 percent margin, agree with the proposition that U.S. involvement in the global economy is a bad thing that lowers wages and costs jobs. Last spring, a majority of the U.K. citizens voting in the Brexit referendum expressed their eagerness to substantially reduce cross-border ties with a group of 27 other countries. And after November’s U.S. presidential election, analysts wrote the obituary on U.S. involvement in the Trans-Pacific Partnership, a far-reaching trade deal involving 15 countries.

So instead of looking forward to a world of more intimate, intense, and far-reaching connections, this year’s Davos Man and Davos Woman are confronting a world in which people in two of the world’s largest economies are expressing a desire to pull back in some ways. And with the administration changing in the U.S., there won’t be much of an official U.S. presence this year. (Everybody in the current U.S. administration is looking for a new job, and their replacements are too busy preparing for confirmation and inauguration to give much attention to a conference in Switzerland.) On the other hand, this year, for the first time, China’s top leader, President Xi Jinping, will attend the conference — marking a new level of engagement and participation for the country on the world stage.

People aren’t thrilled with the way the flows associated with globalization are working.

To a large degree, the establishment in the U.S., U.K., and elsewhere has been caught unawares by the rising resistance to globalization. And it’s tempting to view Davos — a venue where global elites discuss matters of importance to them in an isolated aerie — as contributing to the problem. It has become clear that many leaders, who are often insulated from the downsides of globalization, haven’t fully appreciated the reasons for the negative reactions to the trends reshaping our world. But I’d argue that this year, more than ever, it makes sense for the chief executives of countries and companies to unplug from their day jobs and spend some time exchanging views on how they can maintain and build cross-border links, better understand the reaction against globalization, and develop a new language and set of policies to make people more receptive to globalization. This year’s theme, fittingly, is “Responsive and Responsible Leadership.”