Wambach has a well-deserved reputation as an outspoken leader. She retired in 2015 as the all-time leading scorer — male or female — in international soccer, a record accumulated while winning two Olympic gold medals (in 2004 and 2012), the 2015 FIFA Women’s World Cup championship, and six U.S. Soccer Athlete of the Year awards. As boisterous in encouraging her teammates as in more recently advocating for pay equity, Wambach set up her keynote address to “the 619 badass women” of Barnard’s class of 2018 by recalling her 2016 ESPY Icon Award with a poignant observation. 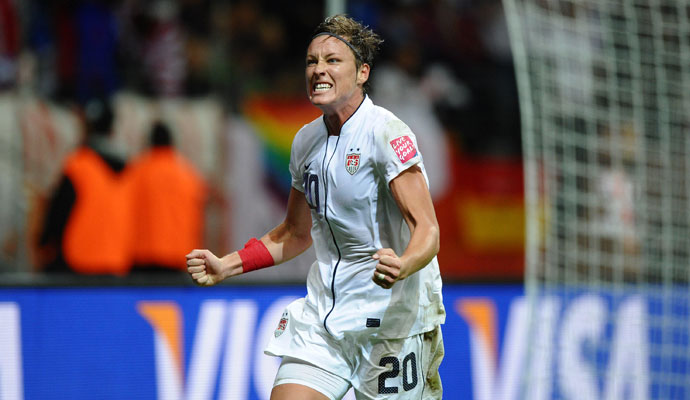 She was honored alongside fellow retired superstars Kobe Bryant of the NBA and Peyton Manning of the NFL. “I had a momentary feeling of having arrived,” she said, “like we women had finally made it.” Except, she added, the guys walked away that night with something she didn’t have: enormous bank accounts.

That segue to the gender pay gap then led Wambach to the story of Little Red Riding Hood, who spurned women’s traditional role of staying the course, only to encounter the Big Bad Wolf. “The message is clear,” she said. “Don’t be curious, don’t make trouble, don’t say too much, or bad things will happen.”

Then, the queen of the header turned the fairy tale on its head. “Barnard women, we are the wolves!”  She noted the controversial reintroduction of wolves to Yellowstone National Park, which helped rebalance the park’s ecosystem. The feared wolves turned out to be Yellowstone’s salvation — just as the graduates before her, she implored, should unite as a wolf pack “and change the whole bloody system.”

Wolf packs, Wambach said, like the teams she played on, need rules to live by, and she provided four that apply just as well to working women as they do to the graduates she was addressing:

1. Make failure your fuel. “We must embrace failure instead of accepting it as our destruction,” Wambach said. She recalled a story about being in the 1995 Team USA locker room, where a photo of the Norwegian squad that had just beat them hung on the wall as inspiration. “I learned that in order to become my very best — on the pitch and off — I’d need to spend my life letting the feelings and lessons of failure transform into my power,” she said. “Wolf pack, fail up!”

2. Lead from the bench. Wambach lamented her very last World Cup match, in the 2015 final against Japan, in which she didn’t start and played sparingly — despite her extraordinary resume. “You’ll feel benched sometimes, too,” she warned. “You’ll be passed over for the promotion, taken off the project — you might even find yourself holding a baby instead of a briefcase — watching your colleagues ‘get ahead.’” Disappointment is natural, she said, but you can channel it into an opportunity by rallying your team from the sidelines. Indeed, Team USA prevailed in the 2015 World Cup. “My teammates told me that my presence, my support, my vocal and relentless belief in them from the bench is what gave them the confidence they needed to win us that championship,” Wambach stated. “Wolf pack, wherever you’re put, lead from there.”

3. Champion each other. Wambach knows better than anyone what it’s like to score a goal and be embraced by a crush of teammates celebrating her accomplishment. But she pointed out that the entire team plays a role in that success. “You will not always be the goal scorer. And when you’re not, you better be rushing toward her.” Lift each other up, she urged. “Demand seats for women, people of color, and all marginalized people at every table where decisions are made,” she said. “Wolf pack, her victory is your victory. Celebrate it.”

“Demand seats for women, people of color, and all marginalized people at every table where decisions are made.” —Abby Wambach

4. Demand the ball. Wambach shared an anecdote about one of her soccer heroes, Michelle Akers, rallying her team to a win after repeatedly calling for the ball and scoring. She told the graduates that, like Akers, they, too, need to recognize when it's time to lead: “At this moment in history, leadership is calling us to say, ‘Give me the job, give me the same pay that the guy next to me gets, give me the promotion…give me the respect I’ve earned and give it to my wolf pack, too.’”

She concluded by talking about her fulfilling new life as a wife, mother, business owner, and activist. “Soccer didn’t make me who I was. I brought who I was to soccer, and I get to bring who I am wherever I go. And guess what? So do you.” 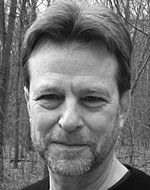