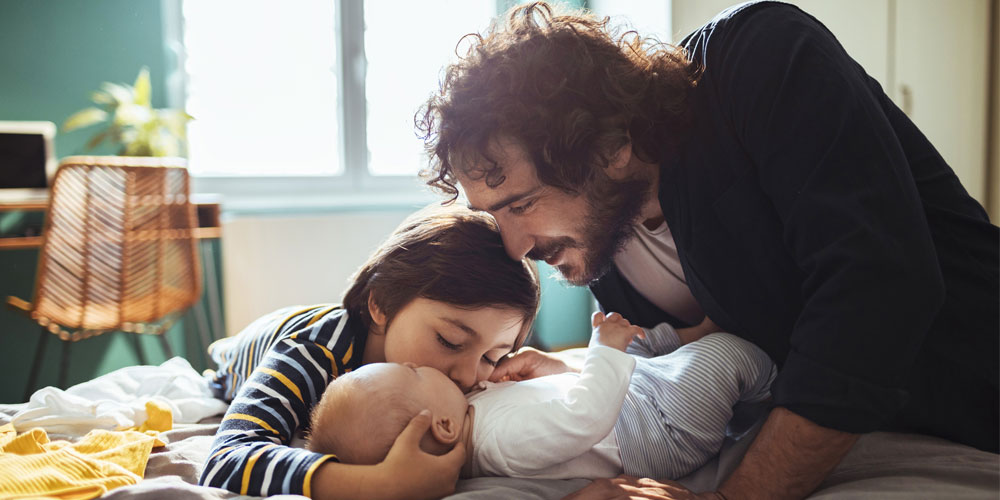 But along with the growing calls for a national plan comes a rising concern from some executives: How do we cover someone’s workload while they’re out? It’s a question I’m often asked by people from all sorts of industries.

There are widespread assumptions that enabling workers to take paid leave automatically means others in the company have to shoulder more work without being rewarded for doing so. But it doesn’t have to be that way.

Paid family leave (PFL), the term generally used to refer to paid family and medical leave, allows workers to care for a loved one or for themselves during an illness and in certain other circumstances, such as when adopting or having a child. Under a national program, all workers would be able to use PFL. But right now, only nine states in the US offer it. These states have a public insurance program to cover a worker’s leave, so businesses do not pay a person’s salary or wages while they’re taking time off. Instead, companies can use that unspent money to cover the cost of someone to fill in or to pay overtime to other employees—or simply save it.

Many companies provide a form of this benefit. According to the Society for Human Resource Management, about 35% of businesses offer their own “paid extended family care leave,” which is time off to care for a sick partner, parent, or child. When it comes to paid maternity leave, 55% offer it (including in the nine states where it’s mandated; 39% do so voluntarily in states where it’s not mandated). And 45% offer paid paternity leave (31% in states where it’s not mandated). Although companies do pay salaries during leave when there is no state program in place, they ultimately save money, partly through attraction and retention.

Most workers are actually happy to support their colleagues who go out on family leave. In a September 2020 FinanceBuzz survey, half of workers said they’d be happy to pitch in and work extra hours to cover for parents on paid family leave. And in a study of paid family leave in New Jersey, researchers Sharon Lerner and Eileen Appelbaum found that the state’s PFL program boosts morale among those who take the leave and their coworkers. Some business leaders and HR professionals “expected employees to begrudge their coworkers’ time off, but did not witness that sort of resentment,” the report found. One vice president of HR told the researchers, “People understand that ‘it could be me.’ I’ve never heard a grumble.”

Although companies do pay salaries during paid family leave when there is no state program in place, they ultimately save money, partly through attraction and retention.

In fact, the National Partnership for Women and Families notes that in a survey of California workers who reported having a coworker who took family leave, 69% said the coworker’s leave had no effect on them, and 25% cited a positive effect.

I’ve found that the positive effects often come partly from employees having a good feeling about the business allowing the leave, and partly from the sense of teamwork instilled by coworkers having one another’s backs. Also, when people—especially those in higher ranks—take family leave, it gives lower-ranking workers a chance to step up and demonstrate their leadership skills. (This is also the case when executives reduce their schedules—for instance, by taking on four-day weeks and giving others a chance to lead one day a week.)

Planning for the workload

Although workers don’t mind covering for their colleagues who use paid family leave, businesses can’t—and don’t need to—rely solely on volunteerism to plug temporary holes in the workforce.

Many types of paid family leave, particularly maternity and paternity leave, can be planned well in advance. When the business has a supportive culture, employees are generally comfortable telling their managers they have a baby coming or are looking to adopt and could get a call any day. That gives managers time to sit down with the worker who will take paid leave and map out their responsibilities that need to be covered.

Businesses should then look at their budgets to determine possibilities for hiring additional personnel or paying overtime. Even—maybe especially—in states without a public insurance program, it’s crucial for business leaders to keep in mind the financial benefit of offering paid family leave. Without it, workers are more likely to leave the company, studies show. And it can cost up to 200% of an employee’s annual salary to replace them—an enormous amount compared to the cost of covering additional work during leave.

Enacting paid family leave in your business works best when it’s presented as part of a new social contract with employees. As David Osborne, former CEO of workplace wellness program Virgin Pulse explains, “The old agreement that employees would work for a company in exchange for wages, health insurance, and little else sufficed as an agreeable social contract for both parties for decades. Today, however, 56 million Millennials and an upcoming 61 million Gen Z workers are reshaping the contract terms.”

Workers today prefer to work for businesses that promote well-being. Calls for mental health support, wellness programs, flexibility, and more are increasing. To many workers, paid family leave is part of a modern social contract. So it’s little surprise that these policies help increase productivity, profitability, and employee satisfaction. A study from July also found that when paid family leave is available, firms experience greater rates of innovation, partly by holding onto more women and drawing in more young workers ready to invent. What’s more, the Center for American Progress found that California’s paid leave program led to a 14% increase in labor force participation.

At the national level, paid family leave still faces plenty of hurdles, so it’s unclear what the immediate future will hold. But those of us committed to making it happen do have reasons for hope. Support is growing. And in the meantime, businesses can step up with their own plans to make it more common. It will take some organizing to adapt. But the benefits of making it work will vastly outweigh the challenges.