Social titan Facebook dominated the news this month—celebrating both its ten-year anniversary and its pricey acquisition of the popular international text messaging developer WhatsApp. 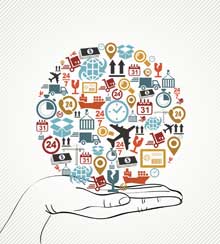 Despite recently cooling in popularity with younger generations, Facebook remains a force to be reckoned with. This nifty infographic from Mashable takes a look at the company’s history—from its February 2004 birthday in a Harvard dorm room to its staggering 1.23 billion active users at the end of 2013.

Now if only the timeline could predict whether WhatsApp will draw younger consumers back to the platform.

The Facebook Decade: A Review of the Social Giant's Disruptive History