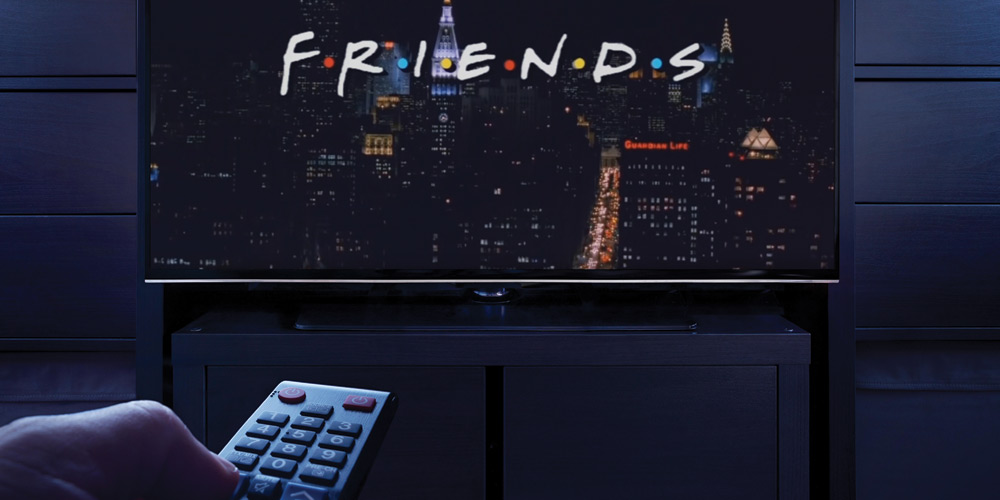 All workplaces are filled with opportunities. A single innovative idea can transform a company. A successful small-scale trial can establish a new business model. An individual who speaks up about a problem can trigger substantive evolution. And all employees, wherever they are in the organizational chart, are continuously offered chances to prove themselves and effect change — even if they’re not always aware of them. In fact, even the most marginal task and project has the capacity to lead to something much bigger.

I’ve seen it personally in my own career in the media. But it wasn’t until I saw this dynamic played out in an episode of the classic sitcom Friends that I discovered the words to summarize this transformative way of thinking.

The story line revolved around two characters, Monica and Phoebe, who were throwing a birthday party for Rachel. Monica, the archetypal control freak, naturally insisted on organizing everything. Phoebe wanted to play a role. But Monica, a chef and caterer, didn’t trust flighty Phoebe to organize any of the details. So she told Phoebe she could be in charge of the cups and ice.

To anyone with a typical mentality, being in charge of two seemingly boring products like cups and ice would feel like the ultimate form of marginalization. Sure, they’re necessary for a party, but they’re an afterthought. The task takes no creativity or ambition — and very little competence.

But Phoebe, in her offbeat way, took a divergent approach. She seized upon this rote task and used her imagination. She filled the party with all types of ice, including buckets of crushed ice, snow cones, and dry ice. She decorated the apartment with bouquets of cups and used some as party hats. To Monica’s chagrin, it became a cups and ice party.

In any organization, the reality is that there are always a host of tasks that are treated as less important or marginal, and from which people may recoil. It is easy to regard them as chores to be completed as quickly and efficiently as possible, and to overlook the contributions of those who carry them out. But for ambitious employees, these can be significant opportunities to display creativity and commitment. A seemingly small opportunity can ultimately be a big chance to show what you’re capable of.

For ambitious employees, tasks that are treated as less important or marginal can be significant opportunities to display creativity and commitment.

I was interning at a local public radio station when I convinced my boss to give me a chance to do a single report on air. She praised the report and told me to feel free to do more. She expected I’d probably put together one report a month. But she had placed no limit. So instead, I immediately began doing five reports a day, then quickly began reporting for the network, NPR. I got to bring all sorts of stories that I was passionate about (including on civil rights and race relations) to a national audience.

Years later, I wanted to create an on-air role at CNN. I couldn’t (and still can’t) stand seeing all the false claims that politicians and pundits made live on air. I wanted to do “reality check” segments tackling as many claims as possible. When the boss finally gave me a shot, his exact words were to “try it on the weekend” (a time slot when fewer star correspondents were pushing for airtime). He and others expected that I’d do one or perhaps two reports each weekend.

But I realized that since the weekend is 48 hours long, I could go in extremely early and stay late on Saturday and Sundays. As a result, instead of doing a single spot, I did numerous stories throughout each weekend. Once the network saw their value, I was able to expand the segments to weekdays.

The trick for all of us is to identify the seemingly limited opportunities — the assignment to bring the cups and the ice — and parlay them into something larger. Make sure colleagues are aware of the work you’ve done, ask for and receive feedback, and demonstrate an ability to improve on the next go-round.

Amplifying the value of the marginal opportunity requires a certain amount of self-promotion. See if you can get a write-up about it in your company’s intranet or newsletter. Encourage your boss to give your project a shout-out during a company-wide meeting. Offer to run workshops for other teams showing how they can do the same, or something similar.

Leaders have a role to play as well. It is important that they listen to new ideas, make sure employees feel empowered to present those ideas, and are open to the notion that operational and cultural growth can come from unexpected sources. Any organization’s greatest resource is the innovative capacity of its workforce. For that potential to be tapped, businesses must make sure they give their employees chances to take on responsibility for the cups and the ice — and, when their work proves successful, allow them to do much more.