The CEO walked a group of visitors through the pristine, brightly lit factory. Robotic arms rotated and embedded memory chips into place. A small autonomous vehicle carrying parts rolled around the factory floor while playing a Bach sonatina. At some workstations, employees in protective clothing packed products into boxes and performed intricate soldering as the circuit boards traveled down a slow-moving conveyor belt.

“Not all the people are working very hard, but the robots are working hard,” the CEO noted. Indeed. In the past year, after installing sophisticated automated equipment, the number of human factory workers had fallen from 3,500 to about 1,800. And yet productivity has boomed. Last year, the company shipped some 30 million broadband terminals to end customers, including Verizon. On a separate floor, the company is building a series of automated production lines that will require even less labor. A video wall in a conference room displays charts that monitor production and quality in real time, and is studded with 24 panels showing live shots of the factory floor. In half of them, robots and machines are doing all the work. A few years from now, the CEO predicted, the company will need only about 800 production workers.

The assembly line jobs disappearing from this factory aren’t going to China. For this factory isn’t in Ohio, or California, or even in Mexico. It’s in Shanghai. It belongs to Cambridge Industries Group (CIG), an 11-year-old Chinese company that also has operations in the U.S. and Germany. Taking a tour of this factory with Gerald Wang, the chief executive officer of CIG, will make you think twice about the nature of manufacturing in China — and the prospects for the return of employment in manufacturing in the States. 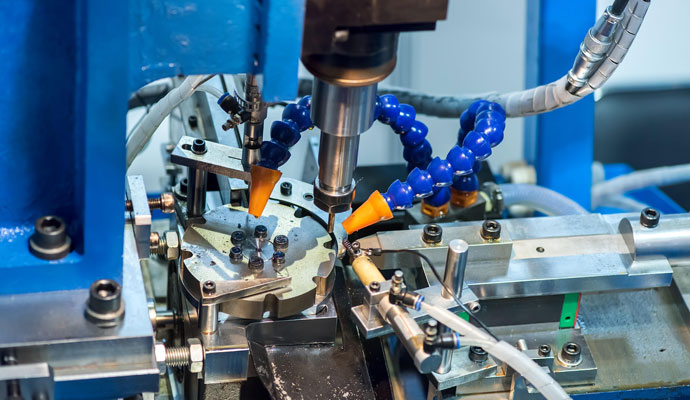 Wang is an engineering Ph.D. from the Massachusetts Institute of Technology and is a veteran of large U.S. telecommunications companies. And the story he tells is the story of China’s — and the world’s — manufacturing in a nutshell. The company is using proprietary research and purchased equipment to make more sophisticated products in greater volumes and at lower cost — all while relying less on people.

Wang speaks about the future of industrial manufacturing with the same level of enthusiasm that Siemens CEO Joseph Kaeser does. Here, in Shanghai, a company not much more than a decade old is working toward Industry 4.0 standards — marrying IT and automation so that autonomous robots, machines, and sensors, backed by cloud computing, big data, and artificial intelligence, can do much of the heavy lifting. A “droid factory,” as Wang put its. “Everybody is moving in this direction.” (Not just companies in high-wage countries.)

They are doing so by necessity. In manufacturing, it’s no longer sufficient to make huge quantities of the same product year after year. In an era of mass customization, continuous change, and brutal competition, Wang notes that the edge no longer comes from the ability to assemble a component cheaply. Rather, you have to be able to design products, write the software that makes them work, and be nimble enough to meet the pressing needs of a range of customers. The company has research centers in Shanghai and two other Chinese cities, as well as in Santa Clara, Calif.

Besides, surprising as it may seem, competing on the cost of labor alone is no longer an option for many Chinese companies. There are a lot of people in China, it is true. But several years of breakneck growth have pushed up wages and living standards, especially in the coastal areas. Wang says that labor costs in Shanghai have risen 110 percent in the last eight years. And although millennials are the biggest age cohort in the U.S., three decades of the one-child policy have left China with a comparative shortage of young people. “We have a labor shortage,” Wang observed. “People are getting older. And young people don’t want to do manufacturing. The young generation doesn’t want to work hard.”

“Not all the people are working very hard, but the robots are working hard,” the CEO noted.

Increasingly, manufacturers of sophisticated goods in China are facing the same calculus that American manufacturers have faced. They can go offshore to seek cheaper labor. Or they can invest in equipment and research that will reduce the need for labor while simultaneously allowing them to make products that are more likely to command a premium.

CIG has chosen the investment route. The company believes its investments in machinery typically pay back in 12 to 24 months. “Instead of going to Cambodia, we will build up the industrial technology here,” Wang said.

And what of the human cost? In the U.S., the displacement of people by machines has wreaked havoc in many industrial regions. The dynamics are somewhat different in China than they are in the States. Given China’s underlying growth, shift toward a service economy, and demographic profile, many of the workers displaced should be able to find jobs at similar wages in the area. “There are lots of other factories that need labor,” Wang remarked. And CIG says it is climbing the labor value chain. Even as it is shedding hundreds of assembly-line workers, it is adding higher-paid R&D employees; the company’s R&D staff now numbers about 700, up from around 400 a few years ago. CIG also has programs to retrain line workers so for jobs that require higher skills and pay more, such as machine technicians. As Wang notes, “The robots get sick, too.”