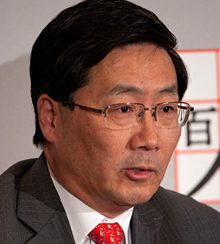 Since Dazong Wang took over as president and CEO of the state-owned Beijing Automotive Industry Holding Company (BAIC) in 2008, the automaker’s profits have increased 700 percent and annual production has more than doubled, to 1.5 million vehicles. By 2015, the company plans to manufacture 3.5 million to 4 million cars per year — 5 percent of which will be electric vehicles. Despite the fact that in April and May 2011, auto sales in China declined for the first time in more than two years, the overall trend in sales is still growth. Sales in China are forecast to top 20 million this year, compared to just 13 million in the United States, and Wang is positioning the company to meet this demand. BAIC is also starting to introduce vehicles under its own brand for the first time: A microvan, the Weiwang, launched in March 2011. In late 2009, BAIC bought some of Saab’s technologies from General Motors and used them to design its own high-end vehicles that will roll out by the end of 2011.

Wang started his career with GM in Detroit in 1985 after receiving his Ph.D. in engineering from Cornell University. He returned to his native China in the 1990s to run GM’s subsidiary, Delphi, then came back to the U.S. and GM before returning home in 2006 to serve as vice president at GM’s joint-venture partner Shanghai Automotive — and subsequently going on to head its archrival, BAIC. This global experience will be put to use as BAIC seeks partnerships at home and abroad (it already has joint ventures with Daimler AG and Hyundai) to continue to expand its capabilities and know-how. This form of innovation — buying up old technology around the world, modernizing it, and adapting it to the Chinese market — is important, Wang believes. But even more important is business model innovation, in which automakers share resources and ideas to improve the auto industry as a whole.

On the margins of a conference organized by the Committee of 100 (a nonprofit focusing on U.S.-China relations) in New York in May, Wang spoke with strategy+business about the trends that will define China’s auto industry and what Chinese automakers need to do to capture the opportunities.

S+B: What do you see as the key trends that characterize China’s auto industry today?
WANG: I see five. The first is consolidation. We still have too many automakers in China. The government has identified the country’s top eight auto companies and it is encouraging them to consolidate the industry through M&A. [More than 100 automakers are currently operating in the country.] Last year, BAIC and other companies made acquisitions in different parts of the country. This is going to accelerate. But this consolidation is not forced; it’s not government matchmaking. It’s based on each company’s own initiative.

The second trend is Chinese domestic brands further increasing market share and improving their quality. Right now they have around 30 to 35 percent market share. Recently a J.D. Power and Associates study suggested that there is a gap [between domestic and foreign brands] when it comes to quality, but also noted that this gap will decrease pretty rapidly, and will be eliminated sometime between 2015 and 2018. The domestic brands have always had a cost or price advantage, so if you further increase the quality, you should see their market share increase. If the price is low and the car is good, people will buy it.

The third trend is the rise of new-energy vehicles. This is an important part of our product plan, so we have set up a new-energy vehicle division. Last year we sold 1,300 electric vehicles, mostly buses and light-duty delivery trucks. This year we will extend that to eight electric vehicle models, including passenger cars. We now have 50 electric taxis operating in Beijing. Our goal is that 5 percent of our vehicles sales will be electric vehicles by 2015, or around 150,000 annually. Overall, you will see more and more of these types of vehicles.

The fifth trend is that Chinese auto companies are getting increasingly global. Through external acquisitions, you will see them become more integrated around the world. We also want to do cross-border M&A, including in the United States. That is an important tool.

S+B: The news behind all these trends is that more and more Chinese are now able to afford cars. What are the short-term and long-term implications?
WANG: We think that today 230 million Chinese families can afford a car. Compared to the U.S., car ownership is still low. China has only 50 or 60 cars per 1,000 people, whereas the United States has 870 cars per 1,000 people. Ownership in China is one-third of the world average. But there is rapid growth. The forecast this year is for 20 million car sales [in China], and 40 million in 10 years.

Certainly in the long term, this is not sustainable, for the environment in particular. So what do we do? We have to find alternative solutions. That’s why we talk about electric vehicles. This is one of the ways to solve this problem. Meanwhile, we continue to improve the efficiency of our current, conventional vehicles — giving them smaller, better engines and better transmissions, and making them lighter. You have to push hard on both fronts. Pollution is a concern, but cars are getting cleaner and cleaner. China will soon adopt the same emissions standards as Europe, which will help reduce fuel consumption.

In the short term, inflation is a concern. Recent inflation data suggests we are at a 37-month high. The weakening dollar is also a concern, because China imports a lot of raw material. Right now in China, energy dependence from imports is about 55 percent. We are heavy consumers of steel, iron ore, and rubber. Rising prices will impact our costs and impact the consumer. Over the long term, my concern is how to make the company sustainable. Since I became CEO three years ago, we have had a sevenfold increase in profit, so I worry about how I can maintain this growth.

S+B: You are part of a government plan to reform state-owned enterprises. As the head of a state-owned enterprise, how do you see this reform working?
WANG: Government policy has made clear that public ownership is the right direction. How far to go and how fast to go must be decided case by case. In our case, we partitioned our assets into four major groups by product: commercial vehicles, called Beiqi Foton Motor Company; passenger cars, called BAIC Motor Company; BAIC components, called Beijing Hainachuan Automotive Parts Company; and finance and services, known as BAIC Penglong. We have already done an IPO for Foton. The idea is to do IPOs for the rest over time. So Foton is now a public company, and we have 40 percent ownership.

It’s important to have this modern enterprise governance structure. That’s the universal best practice. We have diversified the ownership structure so that the company can have better governance and decision making. From the government standpoint, it’s more flexible too. The government still has some shares, but it’s more liquid. A diversified ownership structure has many advantages, and is more compatible with how the rest of the world conducts business.

We also need business model innovation — that’s probably the more important type of innovation. We need to explore new models with others. The automotive industry needs to do a better job of working together, sharing resources, and reducing costs. You don’t have to do everything on your own. You can share parts, share market distribution, share product development, and share manufacturing. The business model is actually the core of innovation.

S+B: Multinationals complain that it’s difficult to find quality engineering talent in China. Has that been your experience?
WANG: We have difficulty getting really qualified engineering talent and management talent. We are trying to do so many things, to build so many plants, to develop so many products, to become a global company. The shortage of talent is a big problem.

That’s why I see a lot of synergy between China’s automotive industry and Western companies, particularly in the United States. Many companies are facing difficulty in the U.S., but not because they don’t have the technology or management skills. It’s the market that presents a challenge. In China it’s the opposite — it’s a growing market, and yet we have a shortage of technology and of managerial and technical talent. There are opportunities here. We can form strategic alliances and joint ventures. We are interested in talking to companies both big and small. Everybody has partners already, but they could have multiple partners. For example, look at Toyota, look at Volkswagen. And look at us. We have multiple partners — we are partnering with Mercedes and with Hyundai. As long as it enables us to continue to win, we should explore these opportunities.