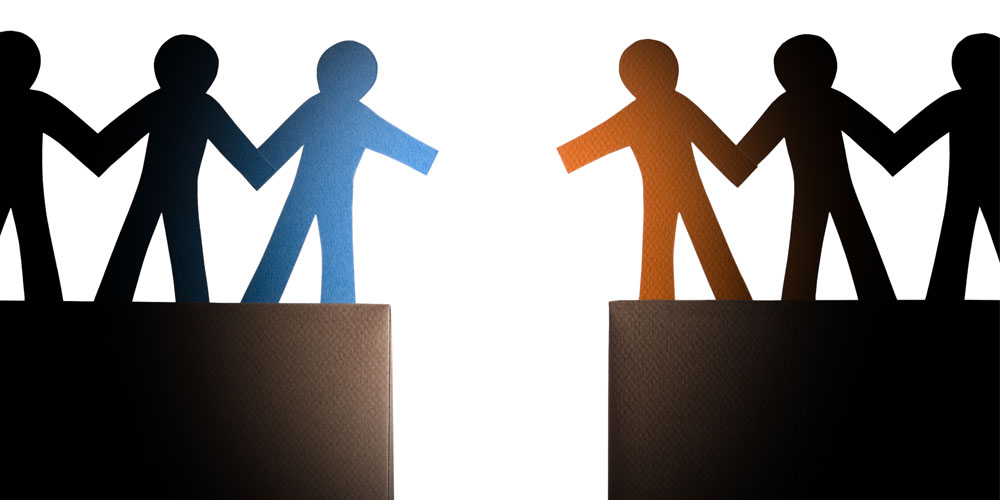 In her 2019 book, Diversity, Inc., The Failed Promise of a Billion-Dollar Business, New York University journalism professor Pamela Newkirk reported that, despite billions of dollars spent annually by companies, over decades, to diversify their workforces, little progress had been made. Although racial and ethnic minorities made up 38.8% of the US population in 2019, they accounted for only 4.5% of Fortune 500 CEOs, 9% of US law firm partners, 16% of Fortune 500 board members, 16.6% of US newsroom journalists, and 17% of full-time university professors in the US. Similar inequities—with respect to not just race and ethnicity, but also gender, age, disability, and other factors—have been documented around the world. For instance, the International Labour Organization reports that women participate in the workforce at a rate 26% lower than that of men (and in some places, 50% lower).

The COVID-19 pandemic hit a few months after Newkirk’s book was published, and a few months after that, protests and racial unrest, set off by the murder of George Floyd and lingering outrage over the killing of Breonna Taylor, broke out in cities across the US and around the world. As heated arguments spread into the workplace, diversity, equity, and inclusion (DEI) rose high on corporate leaders’ agendas. They made aspirational promises and set ambitious targets. But will the DEI initiatives launched over the past year produce anything more than slow, small, and easily lost gains?

Experience suggests that it’s necessary to lower the structural barriers to DEI and set quantitative targets for creating more open and equitable organizations. But it’s becoming clear that leaders must undertake personal initiatives in addition to organizational ones before large-scale, enduring change can take hold in the workplace.

This idea serves as the foundation for Melinda Briana Epler’s How To Be An Ally, a new book that guides leaders at all levels (and the rest of us, too) toward personal transformation in service of more diverse, equitable, and inclusive companies. Allyship, a concept that dates back at least 30 years, is the mechanism behind the transformation.

“Allyship is empathy and action,” Epler, who is CEO of Change Catalyst, a DEI consulting, training, and coaching firm, said in an interview with me. “It’s seeing and understanding the person in front of you, taking the time to listen to their unique experiences, and then taking action to support them in whatever way they need.” This is a prescription for good leadership no matter who is standing in front of you, but particularly for people whose gender, race, ethnicity, age, disabilities, or sexual orientation can leave them isolated in companies. These underrepresented employees are frequently subjected to intentional and unintentional aggression because of conscious and unconscious biases.

“Underrepresented people want you to trust their experience and their knowledge and understanding of a subject,” Epler told me. “People with underrepresented identities are often questioned. Women, for instance, are questioned much more frequently about their expertise than men.”

To become an ally, she added, leaders need to cultivate their understanding of people with underrepresented identities. “You need to learn, and also to unlearn and relearn. There are gaps in our knowledge and understanding of history. One reason is that our educators are not as diverse as they should be. They don’t reflect the population.”

Leaders also need to know themselves and their own biases. “We learn biases through the media, family, friends, and educators over time and often don’t realize that they’re causing harm,” Epler explained. She called out her own struggles with nonbinary gender pronouns. I can relate. When you grow up in a Dick-and-Jane world, it isn’t easy to switch pronouns and learn new ones that conflict with grammatical rules that have become baked into your DNA after decades of writing.

If you aren’t aware of your biases, they are likely to manifest in microaggressions, if not something worse. “Microaggressions are everyday slights, insults, and negative verbal and nonverbal communications that, whether intentional or not, can make someone feel belittled, disrespected, unheard, unsafe, other, tokenized, gaslighted, impeded, and/or like they don’t belong,” writes Epler in her book.

When leaders witness microaggressions, they must defend the people subjected to them. “It can be as simple as seeing somebody consistently interrupting somebody else in the room and saying, ‘Hey, I noticed that Sarah hasn’t had a chance to get a word in. Let’s take a moment to see what she has to say,’” Epler told me.

When leaders witness microaggressions, they must defend the people subjected to them.

Defensive measures are only one side of the transformational coin. Leaders can be more proactive by advocating for underrepresented employees. “With leaders, I would encourage sponsorship,” Epler said. “As a leader you have the capacity to say, ‘Raphael has this amazing idea I want to tell you all about,’ or ‘Why don’t we have Raphael tell you about his idea that could be really impactful for us?’” Sponsors amplify people’s voices and ideas, open doors to networks, provide recommendations, and make introductions to an influential person.

The bottom line for leaders: if you want a company that is diverse, equitable, and inclusive, personal change is as important as structural change. The success of DEI initiatives depends on both.