What’s the difference between culture and employee engagement? It’s a good question. Many people use the two terms interchangeably. In their minds, the term company culture is synonymous with free food, foosball tables, and other workplace perks deemed to improve the employee experience, increase satisfaction, and drive greater commitment to the company. There is, of course, a lot more to employee engagement than workplace goodies. Employee engagement surveys typically ask about factors such as empowerment to make decisions, freedom to innovate, and work–life balance. There is some evidence to suggest that high scores on these issues make a difference to a company’s bottom line. According to Gallup's 2016 Q12 Meta-Analysis report, business units in the top quartile in terms of employee engagement outperformed business units in the bottom quartile by 21 percent in profitability.

However, simply changing a culture in an effort to improve employee engagement won’t necessarily lead to improved business performance. In fact, treating engagement as the goal of culture evolution can have a negative impact. That’s because although there are widely recognized drivers of engagement that are independent of strategy or industry, the cultural drivers of success differ widely from company to company. The same behavior can drive success at one company while hampering success at another (see exhibit).

We’ve learned through our work at the Katzenbach Center that the key to unlocking performance via organizational culture is to align company culture to business priorities. This requires the selection of a “critical few” behaviors that enable the desired business outcomes. When these behaviors are coupled with structural and process changes that support them, the entirety of these changes have an impact on the employee experience. Using culture to drive performance thus requires emphasizing elements of the employee experience compatible with desired business outcomes, and downplaying non-compatible elements. Whether the elements of the employee experience that drive performance also drive increased engagement is of secondary importance. Employee engagement should be regarded as a byproduct of culture evolution efforts rather than a tangible goal of them. 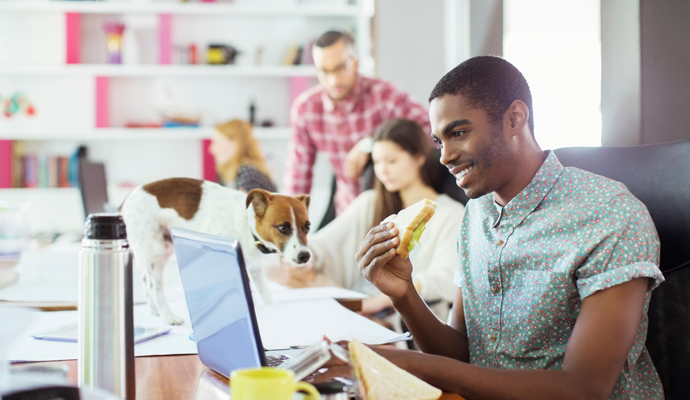 A company in a fast-moving industry like social media that must continuously come up with new and better products needs to encourage risk-taking and fast failure. Disruptive technology companies like Facebook succeed via a non-hierarchical culture in which individuals are empowered to speak up, try new ideas, fail fast, and iterate. It is easy to see how a culture that encourages these behaviors would be both engaging and productive. But for a company in a regulated, compliance-focused industry, such as a utility that operates nuclear power plants, culture must stress process adherence and behaviors that stress prevention and safety. In that context, tolerance for failure is extremely low. Although a focus on compliance is often seen as tedious and not conducive to employee engagement in general, at some companies it is very much necessary for performance (and survival).

Let’s take some other examples. According to PwC’s 2017 Employee Engagement Landscape Study, the number-one obstacle that creates a drain on people’s engagement is “doing work for others that is not part of my job.” But in fast-moving, creative environments (e.g., startups), an all-hands-on-deck culture in which everyone does everything is often necessary for rapid growth.

Similarly, if a company is pursuing a low-cost strategy, its culture should emphasize behaviors around aggressive cost-control, including clamping down on employee expenses. Asking employees to always choose the cheapest means of travel — taking a five-hour bus from Washington to New York instead of the one-hour shuttle — is unlikely to increase engagement. But it is consistent with the company’s strategy and may be necessary for performance.

Clearly, the necessary critical behaviors that drive performance in a culture evolution effort are distinct from behaviors that improve employee engagement. Of course, driving performance through culture is not mutually exclusive with driving engagement. Ideally, the critical few behaviors and related structural/process changes that drive performance will harness sources of emotional energy within the company and thus also improve engagement. In addition, working at a successful company tends to be more engaging. Culture evolution can thus lead to greater engagement as a side product. However, when improving both isn’t possible, leaders should be willing to choose elements of the employee experience that drive performance at the expense of engagement. For example, involvement in decision making that affects one’s job is a commonly recognized driver of employee engagement. But in turnaround or M&A situations, in which quick decision making is imperative, it is neither practical nor desirable to involve everyone who will be affected by the changes.

Furthermore, employee engagement is often transitory and sensitive to short-term external shocks, whereas culture is more enduring and self-sustaining. When a company faces negative publicity, for example, engagement may suffer. This does not mean that the culture is broken. Similarly, because change is difficult and often disruptive, even the most well-managed change programs can result in a short-term drop in engagement. This does not mean that the program has destroyed the culture and is doomed to fail.

In 2011 and 2012, Qantas Airways experienced a strike and an employee lock-out due to an impasse in negotiations between the company and labor unions. Friction culminated in a decision by Qantas to ground all flights in October 2011. Although Qantas was widely deemed to have prevailed in the months-long mediation that followed, employee engagement took a large hit, as evidenced by lower overall employee engagement scores. And yet Qantas’s reputation for customer service remained intact and its Net Promoter Score for the FY2012 was actually higher than before the industrial dispute (pdf). From the airline’s perspective, trading off employee engagement in the short term for an improvement in its operating performance and cost structure was a necessary move, and did not hurt its culture of customer service.

Of course, this is not to say we should ignore employee engagement entirely. In theory, leaders can spread the critical few behaviors through force and fear, effectively scaring employees into compliance. In reality, however, a demoralized workforce is unlikely to perform at its best, and the highest-value employees are likely to vote with their feet. Driving cultural change means being willing to consider trade-offs, balancing efforts that are likely to drive greater engagement with those that are not. At Qantas, as mediation wrapped up, concrete steps were taken to improve employee engagement in order to rebuild labor relations. There is thus a time and place to focus on employee engagement, and a time and place to focus on culture evolution. Let’s not conflate the two, or we may end up solving the wrong problem. 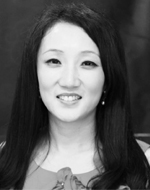 Alice Zhou advises clients on culture and organization for Strategy&, PwC’s strategy consulting business. A manager based in Philadelphia, she is part of the Katzenbach Center, PwC's global institute on organizational culture and leadership.