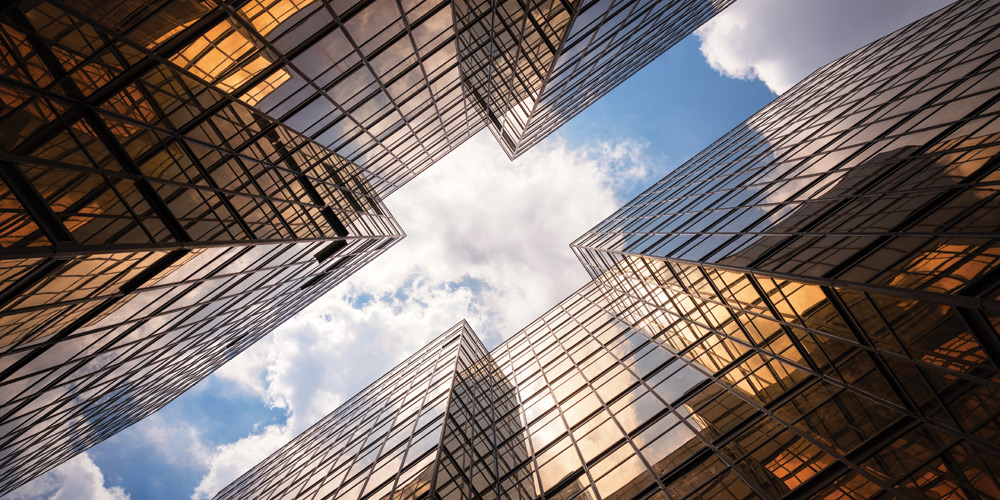 Gary Pisano doesn’t buy the idea that large enterprises are inherently lousy innovators. Back in 2006, Pisano, the Harry E. Figgie Professor of Business Administration at Harvard Business School, traced the origin of every drug approved by the FDA over a 20-year period to either one of the world’s 20 largest pharmaceutical companies or one of the 250 smaller, supposedly more innovative biotechs. When he compared the two groups, he discovered a “statistical dead heat” — R&D productivity was no better in the smaller biotechs than in big pharma.

Pisano also points to anecdotal evidence to support his opposition to the conventional wisdom about innovation in large enterprises. For every big, established company that failed at transformational innovation (think Blockbuster, Kodak, and Polaroid), he points to another that has succeeded. In 1964, when IBM announced its revolutionary 360 mainframe computers, it was already the largest computer company in the world and ranked 18th on the Fortune 500. In 1982, when Monsanto scientists invented the foundational technology for GMOs (genetically modified organisms), the company was 81 years old and number 50 on the Fortune 500. And in 2007, when Apple launched the iPhone, it had sales of US$24 billion and already stood at 123rd on the Fortune 500.

Pisano says that the difference between a Blockbuster and an IBM is the ability of leaders to sustain and rejuvenate the innovation capacity of their companies. It’s an ability he calls “creative construction,” and he writes that it “requires a delicate balance of exploiting existing resources and capabilities without becoming imprisoned by them.”

Walking that tightrope is a challenge for large companies. It’s tough to move the needle with innovation when the needle’s scale is measured in billions of dollars. “For J&J [Johnson & Johnson] to maintain its historical rate of top-line growth,” reports Pisano, “it must generate about $3 billion–$4 billion of new revenue per year.” The complexity of managing innovation in large organizations can also be daunting. “When you get to be the scale of a J&J, you have a lot of moving parts,” he explains. “You now have a system with serious frictions. Friction impedes mobility. Lack of mobility means lack of innovation.”

But large companies also have some advantages that can give them a leg up in innovation. “Larger enterprises like J&J have massive financial resources to explore new opportunities,” says Pisano. They can hedge their bets, tap deep reservoirs of talent, navigate regulatory agencies, and use their huge distribution networks and strong brands to roll out new products to millions of existing customers. 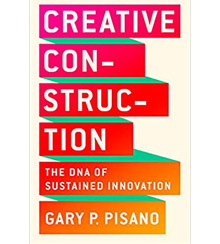 So how do leaders of large companies meet the challenges and leverage the benefits of innovation? Pisano’s answer to that question is the core content of Creative Construction, a readable practicum of a book aimed at senior leaders. He writes, “Building an organization’s capacity to innovate involves three essential leadership tasks: (1) creating an innovation strategy, (2) designing an innovation system, and (3) building an innovation culture.”

Bromides, such as “eat your own lunch before someone else does,” are the bane of innovation strategy, according to Pisano. Take IBM’s mainframe business: “Eat your own lunch” suggests that IBM should have cannibalized its success and jumped wholeheartedly into the PC business back in the 1980s. But it didn’t, and now that cloud computing and big data are ubiquitous, mainframes are back and IBM’s System Z dominates the market. “In 2017, almost 90 percent of all credit card transactions were processed by an IBM mainframe,” reports Pisano.

Bromides, such as “eat your own lunch before someone else does,” are the bane of innovation strategy.

Instead of chasing clichés, says the author, leaders need to map and clarify their options for both product and business-model innovation. Then, they must allocate their resources according to the best available choices in terms of value creation and capture.

The successful execution of an innovation strategy requires what Pisano calls an innovation system. He writes, “Innovation systems need to perform three basic tasks: (1) search for novel and valuable problems and solutions, (2) synthesis of diverse streams of ideas into coherent business concepts, and (3) selection among opportunities.”

The last of these tasks — selection — is where many of the exemplars of innovation failure have tripped up. “Xerox, AT&T, and Polaroid didn’t fail from lack of ability to discover a problem (search) or bring together diverse ideas into a novel solution (synthesis),” argues Pisano. “They failed from an inability to make good project-selection decisions.”

The creation of an innovation-friendly culture is, of course, equal in importance to strategy and systems. After all, writes Pisano, “innovation is a deeply human activity.” He lists the usual norms of innovation-friendly cultures, including “a tolerance for failure, freedom to experiment, willingness to speak up, openness to collaboration, and less hierarchy.” But he tempers each norm, explaining, “Innovative cultures have a rougher side as well. These less palatable practices, though, are critical complements to the more pleasant ones.” So, for example, an effective innovation culture should have a “tolerance for failure but no tolerance for incompetence” and a “willingness to experiment but [also be] highly disciplined.”

Pisano’s three-part plan for creative construction isn’t earthshaking in its particulars — strategy, systems, and culture are the broadly defined components of any organizational capability. But then, I’d argue that none of the capabilities upon which the long-term success of large enterprises depends are particularly earthshaking. Instead, they must be comprehensively imagined and rigorously pursued. In Creative Construction, Pisano does an uncommonly good job of filling the former part of that bill; the latter part is up to senior leaders.