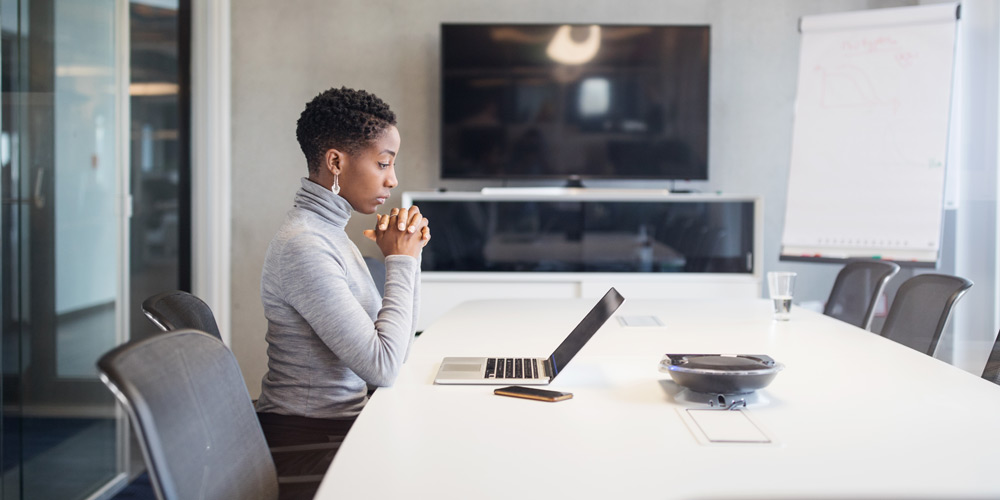 As the pandemic has broadsided the global economy, one of its striking features — for executives, at least — is how each month of the crisis has had a distinct feel to it, based on how companies and their leaders were coping.

March was the month of reeling and reacting. What just happened? We’re shutting down the offices, and everybody who can work from home needs to do so. Can we do this? April was more about taking stock of the economic damage. We’re clearly in this for the long haul. We need to run our models, plan for grim scenarios, and take whatever drastic actions are needed to save the company.

And starting in May, across the many interviews I’ve been conducting with senior leaders, I’ve heard more optimism in their voices — a sense that their companies were settling into a new normal, and that for all the health and economic damage the pandemic has caused and all the uncertainty that remains, they were seeing positive developments in the cultures of their companies.

A big reason for this shift is that the practice of certain core leadership skills that everyone knows are important (yet many struggle to implement) is suddenly becoming a daily habit. Leaders are building new muscles and seeing an immediate payoff in three key areas.

Prioritization. Before the crisis, if you were to ask leaders about their priorities for the quarter or the year, you would likely hear a long list of initiatives. The impulse to be comprehensive is understandable — leaders want to show that they have their arms around the breadth and complexity of their businesses, and they want to be ambitious. The problem, of course, is that having too many priorities leads to a lack of focus, making it hard to achieve real progress on any of them.

The practice of core leadership skills that everyone knows are important (yet many struggle to implement) is suddenly becoming a daily habit. Leaders are building new muscles and seeing an immediate payoff.

The COVID-19 crisis has suddenly made prioritization a necessity by forcing leaders to confront challenging questions. What matters most? What are the top three things that are needed to steady and reset the business, and what can be pushed to the back burner?

Sharon Daniels, the CEO of Arria NLG, an AI-centered data analytics company with offices in the U.S. and Europe, said that helping her teams set daily priorities has been a crucial part of her leadership approach during the crisis. “When we meet with the broader team, the message and the theme is focus — I always ask, ‘What’s our focus today?’” she said. “When there’s a crisis, there are so many distractions, particularly for everyone who’s working at home.

“We are also taking pressure off people who might want to try to do everything or too much,” she added. “In the first week of the crisis, I said, ‘We’re going to focus on the areas where we know we’re going to have an impact, and it’s OK that some of the other initiatives are going to take a back seat.’ As it turns out, everything’s moving forward. But this approach took the mental pressure off people.”

Innovation. Companies often talk a good game about innovation. They adopt rallying cries of “failing fast” and “failing forward,” and tout the idea of agile teams quickly bringing products to market. But then the familiar behaviors kick in as ideas keep getting refined and deadlines extended. In particularly bureaucratic companies, there’s an immutable law of innovation: If you give enough people enough time, they will find enough reasons not to do something.

COVID-19 has forced companies to bypass the phase of endless analysis and simply act. Weekly leadership team meetings have shifted to daily video calls, and the time line of decision to execution has shortened.

“It’s creating more agility,” said Pat Wadors, chief talent officer at ServiceNow, a cloud computing services company based in Santa Clara, Calif. “There’s more freedom to be perfectly imperfect. We’re all in this awkward, wonky state, and so forgiveness has never been higher. We’re not as worried about the polished output, and we’re more engaged. We’ve seen innovations move from idea to execution in just a week or two. It wasn’t perfect, but it went out and customers made it better. I think that’s huge.”

Humanity. Although much has been written about the need for leaders to show more humanity and vulnerability, there are still too many whose default mode is command-and-control, who pretend that they know more than everyone else, and who keep their emotional distance.

Those approaches don’t work when the future is so uncertain. And any leader who wanted to maintain a wall separating work and personal lives is unable to do so anymore, given that people are working from home and dealing with additional stresses and strains. It’s well known that humanity and vulnerability are important traits for effective leadership. Now the crisis is reminding executives of the importance of showing this more human side.

Tom Lawson, the CEO of FM Global, a commercial property insurance company based in Rhode Island, told the story of how he shared a picture of his home office with his employees, and they saw in the photo that he was wearing a hooded sweatshirt. “I got so many emails from people saying, ‘Hey, nice hoodie,’” he said. “People thought, ‘He’s just like us.’ That’s what you want, because we’re all in this together.”

Forging that sense of togetherness virtually can be a challenge — it’s particularly difficult to pick up on clues from colleagues on how they are coping. “How are you?” has become a much more meaningful question, and leaders are learning to read body language over video calls. “You have to really train yourself to know who needs help or maybe who isn’t coping as well,” said Michelle Peluso, senior vice president of digital sales and chief marketing officer at IBM. “The most difficult part for me in this virtual world is not having those moments in the hallway or getting coffee, when you can read somebody and know they need more support.”

The pandemic has raised inevitable questions about how much will change as we continue to adjust to the new normal. Will leaders be able to retain these strengthened leadership skills to better prioritize, speed up decision making and innovation, and bring more humanity into their organizations?

The importance of these skills and approaches is no longer theoretical — executives are using them every day, out of necessity, and seeing the benefits. There are plenty of reasons to be pessimistic, but if this muscle memory holds, there’s a case to be made for optimism about the future of leadership.